Biogenesis: What did A-Rod and the other cheaters accomplish?

Intent to cheat isn't the same as actually cheating. That may not diminish the punishment the implicated players deserve, but it should give us some perspective on their crimes and the era as a whole.

Share All sharing options for: Biogenesis: What did A-Rod and the other cheaters accomplish?

In a story on doping in track and field published on Monday, Mary Pilon of the New York Times wrote, "With races determined by fractions of a second, runners have long looked to any advantage -- banned or not. The prize of international fame and the riches that come with it have created a cat-and-mouse game that shows no sign of slowing."

Baseball is not a game of fractions of a second. It's not about raw speed, size, or brute strength. Mel Ott, 5'9", hit 511 home runs. Dustin Pedroia, not quite that tall, slugs .450 every year. Sandy Alomar Jr. was a strapping 6'5" but averaged only 13 home runs per 162-games played. Eric Hosmer, 6'4", has a career slugging percentage of .415. Rickey Henderson was hardly the fastest player in the game even in his prime, but stole 1,400 bases. Kevin McReynolds, who was a rather portly outfielder, once stole 21 bases in a season without being caught once. David Wright, who will not be mistaken for Mary Decker, steals bases at a 75- or 80-percent rate. Brett Gardner, who could lick Wright in a footrace even if forced to carry Jose Altuve on his back, is stealing at a 68-percent rate this year. Jeff Juden, a hard-throwing 6'7", couldn't pitch. Billy Wagner, 5-foot-10, threw 100 mph. Mariano Rivera, a stick figure compared to most of his contemporaries, is one of the most consistently effective pitchers of all time. And so on, ad infinitum.

Baseball is a complex activity that embraces every physical type, from the bloat of Bartolo Colon to the lean sinewy frame of Jacoby Ellsbury. Players often excel in ways which contravenes our expectations based on their physiotypes. Yet, Major League Baseball has allowed itself to become imprisoned by the narrative that performance-enhancing drugs equals cheating, cheating so serious that as far as Alex Rodriguez is concerned, we are into Shoeless Joe Jackson-Pete Rose territory, with MLB possibly threatening a lifetime ban from the sport as an inducement to getting Rodriguez to accept a 150-game ban, which is to say a full season. At his age, that could be the end. "The bottom line is (MLB) wants these guys out of the game," a baseball source told the New York Daily News.

There is a distinction that needs to be made here between actual cheating and what you might call administrative cheating. Having done that, you may still feel that a lifetime ban is deserved, and I'm not going to argue with that, but the distinction still exists and is key to our understanding of what is happening. Shoeless Joe and the Black Sox actually cheated. They intentionally tanked plays so as to lose a World Series to the Cincinnati Reds. As a result of the postseason game-throwing scandal and others like it, Baseball put a no-excuses prohibition on gambling in place so the integrity of its games could never again be questioned. Rose violated that prohibition and thus was permanently excommunicated. It was right and proper that this should happen given the rules that Baseball had established. 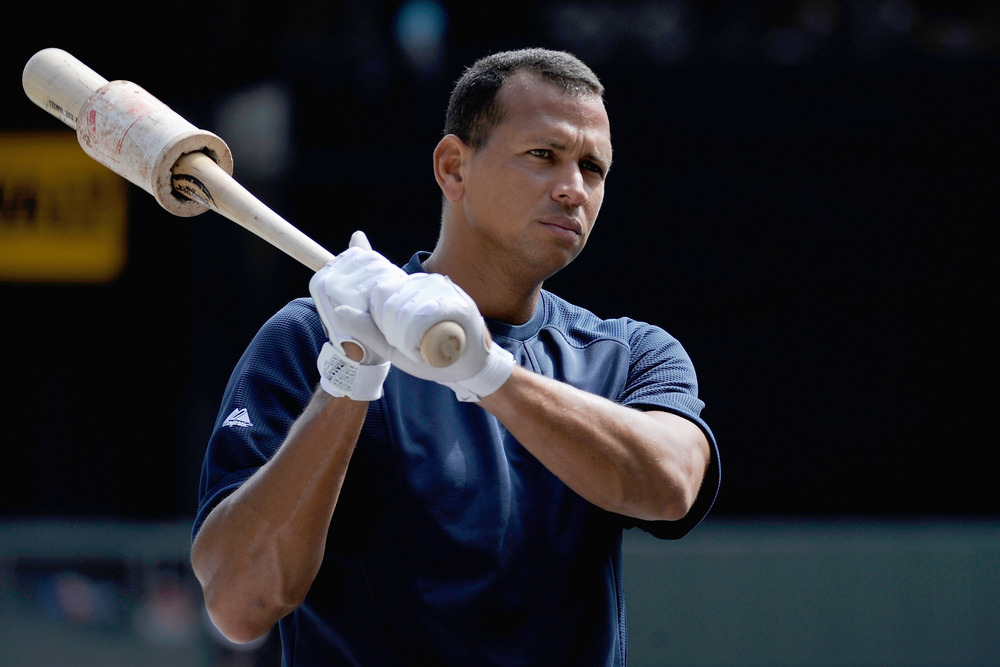 As the outlook gets bleaker for Yankees third baseman Alex Rodriguez, his legal team will not look to settle on a 150-game , according to reports.

Conversely, the most we can say of players like Alex Rodriguez is that they have broken the rules and attempted to cheat -- this is the administrative cheating spoken of earlier -- but it is far from clear that they actually cheated in the sense of artificially altering the outcome of games. In concert with the Players Association, MLB has established a system of escalating punishments for use of so-called performance-enhancing drugs: a 50-game suspension for a first violation, 100 games for a second, and permanent suspension (with a right to ask to be reinstated after a minimum of two years away) for a third. If a player, be it Alex Rodriguez or anyone else, is caught using, he or they should be subject to those penalties. However, breaking the rule is not equivalent in any real sense to what the Black Sox did. The fact that Baseball may be pursuing these players, as if they threatened the game in the same way, suggests a loss of perspective.

Rodriguez is actually the poster child for performance-enhancing drugs not enhancing anything except the number of injection scabs on one's increasingly pitted backside. Since winning his third and (bold prediction) final Most Valuable Player award in 2007 both his ability to stay on the field and his productivity during the increasingly rare times he has been present have diminished with each passing season. Now, that is a highly unscientific litmus test, but so is the inference that PEDs vastly alter a player's natural abilities. These drugs take athletes with borderline superhuman talents and change them minutely. Look at the Times article: Runners who already make the Flash look like a limping slowpoke take these illicit substances and see their times changed by fractions of a second. That's running, either straight ahead or around an oval track. It does not speak to eye-hand coordination, hitting form, weight-shifts, and all the other elements that go into hitting.

MLB has tacitly agreed, however, that it does, and so we have to live with the incongruity of people like Rodriguez, Colon, Ryan Braun, and the rest as arch-criminals, doping Lex Luthors and Professor Moriartys who stay awake nights working out new ways to evade the testers, instead of what they really are: Desperate, incompetent men who are taking patent medicines in the hopes of prolonging their careers, further flattering their vanity, making a few extra bucks. They are sad figures to be pitied, not threats to be hounded out of the game.

The very existence of Biogenesis, "anti-aging clinic" -- and right there in its name you have the smell of the old patent-medicine humbug -- and the possibility that baseball might use it to convene a drumhead court-martial and summarily execute one of the game's most unpopular players, has served to completely obscure the fact that in no case are there failed tests (if there were the players would be gone already) or any other evidence that the players actually succeeded in cheating. At best, we have evidence of intent to cheat. Even a failed test is not necessarily evidence that the player succeeded in cheating, only that they broke the rules.

Again, this distinction has been lost. Last week, Dan Barry, a very fine columnist for the New York Times as well as the author of "Bottom of the 33rd: Hope, Redemption, and Baseball's Longest Game," introduced an exhibition of rare baseball cards at the Metropolitan Museum of Art by saying, "The use of performance-enhancing drugs - by the players, not me - and the related corruption of once-sacrosanct statistics have cooled my enthusiasm. Not for baseball so much as for the baseball of today. I prefer a more innocent time." 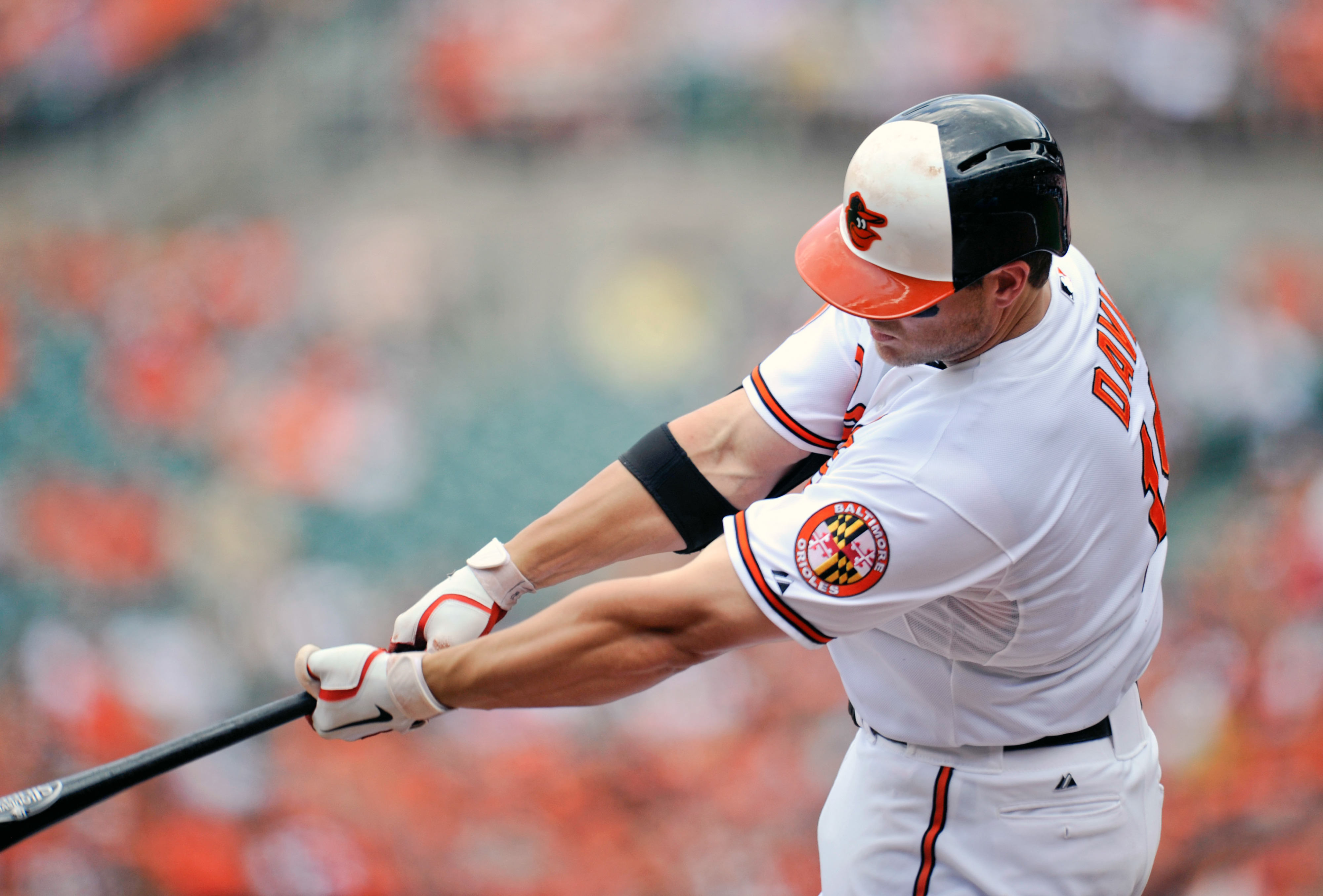 Barry is smart enough to know that he's looking back through rose-colored glasses, saying, "In truth, the dead-ball era was about as innocent as the gyrations of Little Egypt, the Dita Von Teese of the day." Still, that's not the same as admitting that (a) "the once-sacrosanct statistics" always were a lot of hooey, and (b) a lot more than drugs went into rewriting the record book in the late 1990s and early 2000s. Barry is hardly the only one who feels that way, of course, and the real shame is that rather than stand up for the legitimacy of the product it put on the field in those years, MLB has gone out of their way to denigrate it to such a degree that now that anytime a player puts up a strong performance -- Chris Davis, say -- we have to hear a chorus of accusations suggesting that he too is juicing. This is an incredibly simplistic way of looking at a spectacularly complex act, but Baseball has invested far more in condemnation of players like A-Rod than in educating the public.

So be it. My goal in writing is not to excuse A-Rod, who, if he truly did consort with Anthony Bosch in a conscious effort to evade the rules, is a pusillanimous slug, and not a very bright one at that. Ditto the other ballplayers on the Biogenesis list. It should be a simple thing, after all we have been through since 1998, for players to remember to take only approved supplements from approved vendors, to say, "When in doubt, don't." I have no sympathy for the willfully criminal or the willfully feckless. Moreover, even if they did not succeed in cheating, it is apparent that they were willing to do so. That might be enough to warrant a lifetime ban if Baseball truly wants to have zero tolerance for this sort of thing -- though that is not the deterrent that it and the Players Association agreed to, not the weight they put on the crime.

Rather, I am trying to look at this in a way that involves more restraint than hysteria. Whatever has happened, it isn't easily reducible to black and white terms, and effects are far from easily identified. What happens to Rodriguez and the rest of the Biogenesis cohort is really irrelevant to our coming to terms with this era as a whole and understanding that the game was not nearly so compromised as is commonly understood. That no longer seems to be important to anyone, least of all Major League Baseball.

• Roth: Pitbull and Chris Berman are the Home Run Derby

• Who are these guys? Meet the 39 first-time All-Stars