Granderson was set to be one of the biggest names on the free-agent market this fall, but his series of injuries may push his value down enough to allow the Yankees to re-sign him.

When camp broke this spring, Curtis Granderson was set to earn himself a big payday in free agency with even a semi-decent year at the plate. But now that a pair of injuries have limited the outfielder to just eight games this season, Granderson may be hard-pressed to find anything better than a one-year deal from the Yankees, sources have told Joel Sherman of the New York Post.

Sherman's sources believe that Granderson, 32, will still receive multi-year offers this fall, but that the average annual salary will not exceed the $15 million he is currently making. Since the Yankees are likely to make him a qualifying offer -- which will probably be in the $14-$15 million range -- his best bet may be taking the one-year deal to help rebuild his value.

Where Have All the 1B Gone? 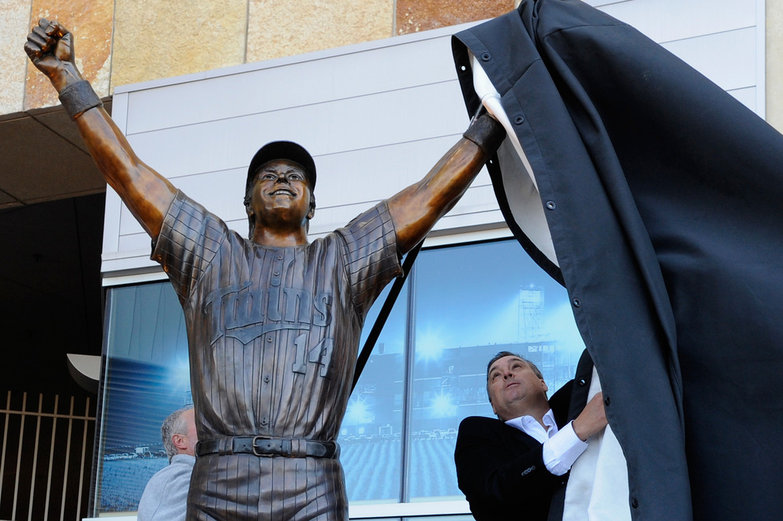 Weep not for the endangered first baseman... because maybe he never existed in the first place.

An added wrinkle of the qualifying offer is that it could make other clubs even more hesitant to sign Granderson. Teams were reluctant enough surrendering a first-round pick to healthy players last winter -- see: Lohse, Kyle -- so it's easy to see why they might have even bigger reservations about signing a guy who spent four-plus months of the previous season on the disabled list.

The Yankees already have Brett Gardner, Vernon Wells, and Ichiro Suzuki under contract for next season, so whether they have room on the payroll (and roster, I guess) for Granderson remains to be seen. The lefty-slugging outfielder has posted his best power numbers in pinstripes -- 108 big flies in his first three seasons -- so he may get his biggest bump in value if he stays in the Bronx bandbox.