It's the end of Derek Jeter's career again... again. What does the man who has everything do when his time as an athlete has come to an end?

The Yankees have placed Derek Jeter on the 15-day disabled list with a Grade 1 strain of his right quadriceps, an injury suffered last Thursday in his first game back from the twice broken ankle that had, to that point, kept him out of action all season. The DL move is retroactive to last Friday, making Jeter eligible to return a week from Saturday, and a Grade 1 strain is the least severe, but the simple fact that we are once again speculating about when the 39-year-old Jeter will be able to return to action, with just four designated-hitter at-bats separating his current DL stay from the nine months of rehabilitation required by his ankle injuries emphasizes the fact that the date that is most quickly approaching is not necessarily Jeter's next major league game but his last.

Of course, those of us who have covered the Yankees in recent years, as I've done intermittently for the Pinstribed Bible, have foretold the end for Jeter many times over as his offensive performance dipped and recovered in 2008 and 2009 then again in 2010 and the later part of 2011 into 2012. Attendance, however, was never really a problem. Jeter missed 18 games with a calf strain in mid-2011, but he used that down time to fix his swing and emerged from that brief absence reborn as a hitter. Prior to that, his last disabled list stay came when he dislocated his shoulder on Opening Day in 2003. Using Baseball Prospectus's injury data, Jeter missed a total of 82 games due to DL stays in his career prior to his broken ankle. Including the postseason, he has since missed 97 and counting.

Ballplayers get old. It happens to all of them, but seeing this happen to Jeter is particularly fascinating because of the way he has used denial as a weapon throughout his career. "It's fine. I'll play tomorrow," was his unflinching, unchanging response to every in-game injury between the separated shoulder and the ankle break, and with only one exception, that calf strain, his determination was validated. There were times when he probably should have gone on the disabled list but didn't, times when what he presented as stoic determination was closer to reckless disregard for his health and his ability to make a positive contribution to his team, but in the end, he always came out looking like the hero.

Now, at 39, Jeter's body is rebelling, or perhaps just failing, but it makes me wonder. What happens to a man whose entire life has been one big "yes" when he is finally given an irreversible, fateful "no?"

Remember, Derek Jeter was a kid who grew up a Yankees fan whose dream it was to become the Yankees' shortstop. That's an absurdly specific wish. Consider how fantastic is the dream of being a major leaguer of any kind, or even a professional ballplayer of any kind, how long the odds. Yet, Jeter not only became the Yankee shortstop, he became the greatest Yankee shortstop of all time, in fact, one of the greatest shortstops, period, of all time. He was a first-round draft pick, a blue-chip prospect, a Rookie of the Year and World-Series winner at the age of 22. At 24 he was one of the best players on one of the best teams in major-league history, by 26 he had four championships, by 29 he had six pennants, and it wasn't until he was 34 that he had experienced a major league season without a trip to the playoffs. Meanwhile, there was the parade of girlfriends and starlets, a veritable who's who of Hollywood it-girls and beauty pageant winners, more than a quarter-billion dollars in salary, not counting his many high-profile, lucrative endorsements, the New York penthouse, the custom-built, waterfront mansion in Tampa. 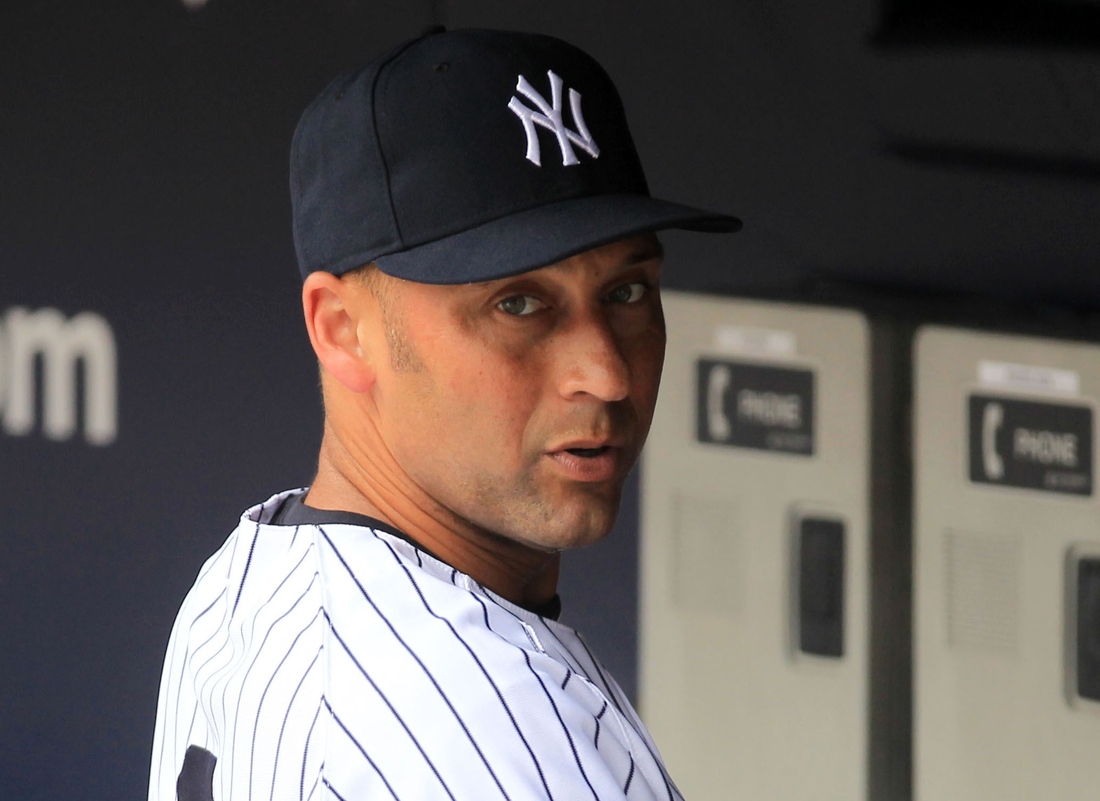 Now I'm not going to pretend that Derek Jeter hasn't had hardships in his life. He grew up a mix-raced kid in Michigan in the late ‘70s and ‘80s. His sister battled Hodgkin's disease. He's a human being. Life isn't easy for anyone, but he's also someone who has had an insane amount of good fortune (his sister has been cancer-free for more than a decade). So what happens to that person when what has been the headspring of much of that good fortune is taken away? For all of Derek Jeter's good fortune, as a 39-year-old bachelor, what does he have waiting for him in retirement?

I don't see Jeter becoming a coach or a manager. As has been reported in various places, often in contrast to Alex Rodriguez's obsession with the game, Jeter doesn't watch much if any baseball when he's not at the ballpark, and I can count on no hands the number of stories I've heard about him taking a younger player under his wing or dispensing wisdom the way Mariano Rivera often does, holding court in the bullpen or in the outfield, showing off and even teaching his cutter grip to players regardless of their team affiliation.

Part of that, I believe, is that Jeter doesn't think small. He seems to prefer to push minor details, such as a bone bruise in his ankle that he can grit his teeth and play through, out of his head. Remember when Yankees hitting coach Kevin Long, who has worked wonders for so many other Yankees, tried to help him fix his swing coming off his miserable 2010 season and Jeter couldn't be bothered to use the new mechanics in games?

Jeter has made no secret of his desire to own a team, and while there's far more to purchasing a major league baseball team than desire and spending power -- opportunities are sparse, competition is great, and league politics can be complex and illogical -- I wouldn't put it past him to achieve that goal as well.

What I find most fascinating about the idea of Derek Jeter, team owner, is the fact that I can easily see him being a very difficult man to work for. Remember, this is a man who does not accept failure, be it from his body or his team. Every Yankee season that ends without a championship ends with Jeter declaring it a failure. This is a player who had his best seasons under George Steinbrenner and refers to him, still, as "the greatest owner in all of sports," and appears to genuinely mean it. So what happens when someone like that takes over the sort of team that typically comes up for sale, one in financial straits, burdened by bad contracts and/or years of poor finishes and worse attendance?

Steinbrenner took over the Yankees in 1973 and in his fourth season at the helm they went to the World Series, did it three times in a row, in fact, winning twice, and he was still insufferable, not just when that the pennants dried up in the 1980s, but while they were winning. I'm not saying that Jeter is or would be as much of a megalomaniac as Steinbrenner, but I do think the second half of Derek Jeter's life could reveal far more about his character than the first half, in large part because the man he is today has been formed by his success and his perceived influence over that success up to this point. What happens when Derek Jeter discovers that he doesn't have as much control over his ability to succeed as he thinks?

From my perspective, Jeter's current injuries, from which he has now twice attempted to return ahead of schedule, only to suffer a subsequent injury extending his absence, are merely his first taste of what is to come in the next phase of his life.

• The magic of ceremonial first pitches