MLB Roundtable: Does baseball need to be a national-interest sport?

This is what happens when you get a room full of baseball people talking about baseball. Let's talk!

Share All sharing options for: MLB Roundtable: Does baseball need to be a national-interest sport?

It's the peak of the baseball season, according to people that think important things about sports. The reasoning goes like this: The NFL is still weeks away from starting the ever-interesting pre-season where we can watch starters play a down; the NBA is over, finally (finally!); and the NHL is also over, for both of you that watch it, and well, nothing else is on.

EVERYONE, BASEBALL'S PEAK IS NOW BECAUSE THERE'S NO OTHER TIME!

Why do baseball ratings continue to trend downward? 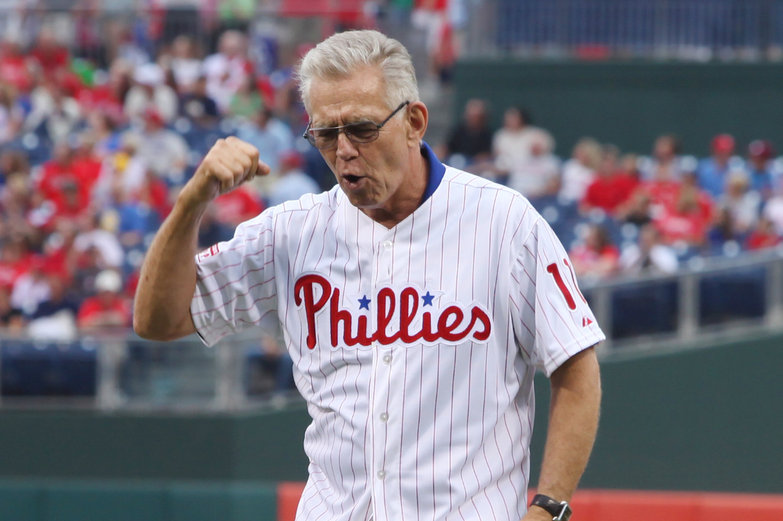 Matchups aren't as good, but why does Fox's baseball coverage keep dropping in the ratings despite a move to primetime?

Wait: That's obviously nonsense, since the peak of every sport's season is its playoffs and postseason play. The problem, according to Steve LePore of SB Nation, is that Major League Baseball's ratings are down in a big way. Couple this with attendance going down and it's hard not to wonder, is baseball dying? Or at least unwell?

Some reasons LePore offers are smart. He cites the lack of big-market matchups, baseball fans becoming more tribal, ratings dropping in New York (thanks, Yankees!), over-saturation, Saturday TV sucks, Sunday TV rules, people are sick of the Red Sox-Yankees rivalry being pushed on them, and perhaps most salient, baseball doesn't have must-win games during the season (at least until September).

All of that adds up to the question posed to our roundtable today. Rob Neyer and Grant Brisbee from Baseball Nation and Steven Goldman from sbnation.com/MLB joined me to try and answer...

Does baseball need to be a national-interest sport?

(The following transcript has been edited for clarity.)

It all started when I noticed a nice re-tweet from our friend Craig Calcaterra of Hardball Talk:

Smart take on baseball TV ratings. See, there are reasons other than "baseball is dying" for low ratings. http://t.co/O73ytI7afp

Bopp: I like LePore's last theory the most. There are no MUST-WIN games.

Goldman: MLB has always done a lame job of advertising itself. The only time you see commercials for baseball is during baseball games -- Hello, I'm already watching. I've always wondered why somewhere in the fourth quarter of the Superbowl you don't see an ad with Derek Jeter or Miguel Cabrera or whoever the exciting guy of the moment is saying, "Now it's our turn." Or to put it another way, TBS works a lot harder to get people to watch reruns of "The Big Bang Theory" than MLB does to get them to watch games.

Bopp: It's cheaper for TBS to pimp TBBT on their own network (or other Turner networks).

Bopp: Baseball keeps making more and more money, so I'm guessing they know what they're doing regardless of the ratings.

Goldman: Yeah, but I think they've successfully decoupled TV revenue from popularity, Justin. If a la carte pricing ever came to cable, you'd see the value of those regional sports networks plummet so hard you'd get whiplash.

Bopp: ...and that explains why it's hard to get baseball to take in places like Miami, never mind Loria. 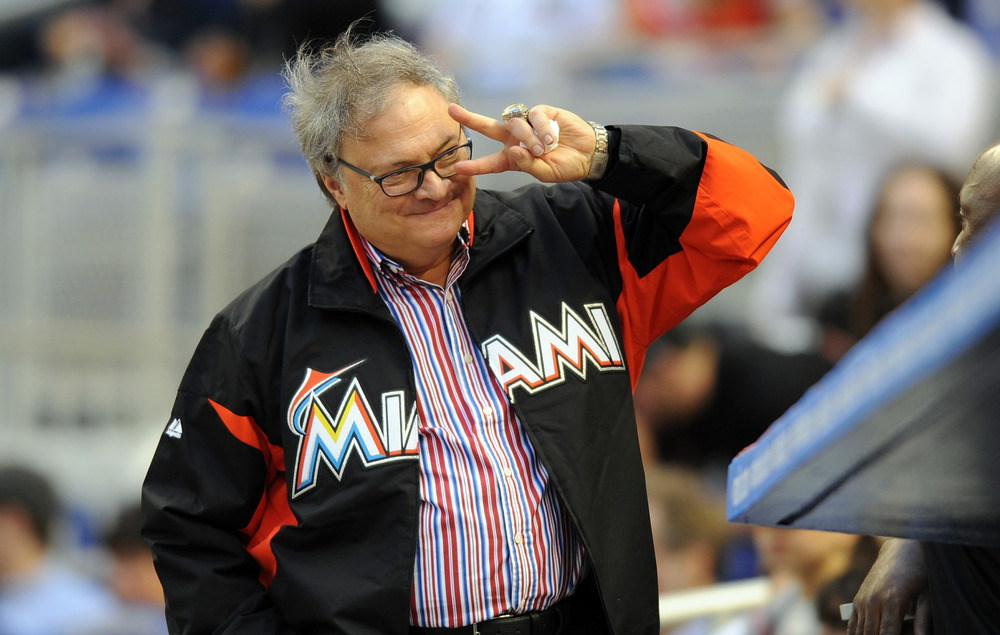 Goldman: The point I was trying to make is that you can get $1B for an RSN without promising anyone is going to watch it because you put it on the basic cable tier, charge viewers $3 or so whether they're going to watch it or not, and they don't really see that broken out in their cable bill so they don't even realize they're paying for it. Thus does every Mets fan in the NY metro area pay for YES without ever watching it and every Yankees fan for SNY, likewise.

Bopp: I think Rob's point makes sense. It's a big local/tribal show now. I don't know if I agree that profitability should be decoupled from popularity, though.

Goldman: It shouldn't, but I think it has been.

Bopp: Seems like the bigger concern should be that both attendance AND ratings are down. Profitability going up could just be a microcosm of social factors. (see: 1%'ers).

Bopp: Does it need to be fixed? I'm not sure better marketing is the answer.

Neyer: In the long term, attendance/ratings and profitability will come together. In the short term, MLB can obviously boost the latter with higher ticket prices, marketing deals, and huge RSN rights fees. So huge, in fact, that attendance might become an afterthought.

Neyer: What nobody knows is this: Can you build your brand without anybody coming to see the games live? I read a short story years ago in which the ballparks were simply massive TV studios, with no fans involved at all.

Goldman: I've seen that argument made, though my understanding is that there has to be a ceiling on RSN rights fees, because they, along with ESPN, are eating an ever-larger chunk of the cable bill. At some point you can only pass on so much to the consumer.

Brisbee: I don't know if attendance will ever be an afterthought. 81x40,000x(tickets+concessions) is still a big chunk of revenue.

Bopp: Well that, and eventually cable networks will need ratings to justify extending those RSN contracts.

Goldman: I've seen that argument made re the Yankees, that they could simply do without attendance, but my understanding is that those arguments are naive for the reasons that Grant just pointed out -- that you add up ticket/beer/hot dog/foam finger and it's a pretty big chunk of change.

Bopp: I will say watching games in an empty stadium (both on TV and in person) is really unnerving. 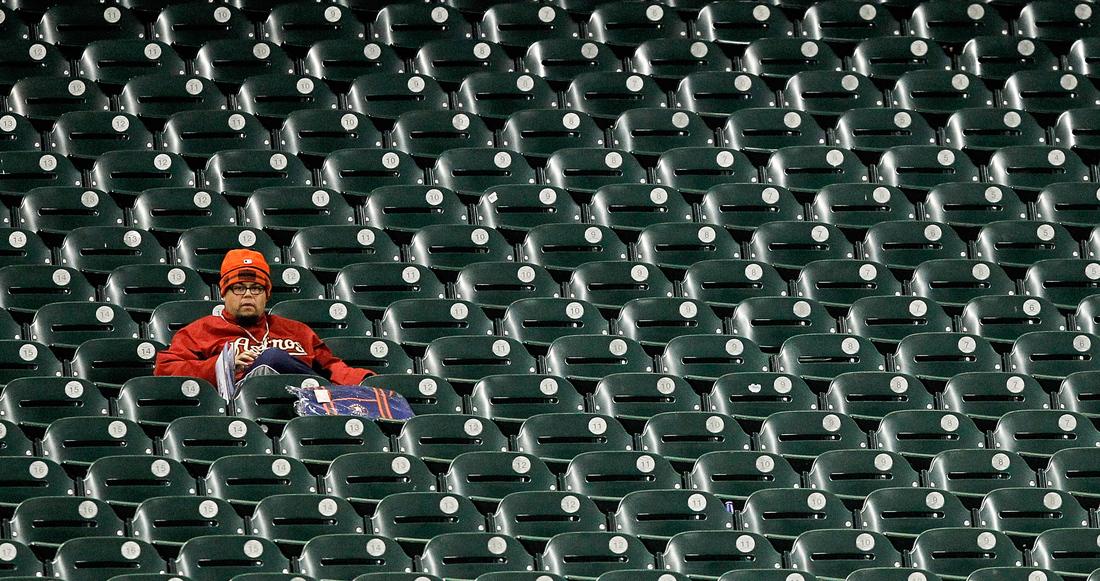 Goldman: I used to like watching the Braves games on TBS in the 1980s because the park was so empty you could hear the players talking to each other. But that's not normally a good thing, no.

Bopp: You ever see late-season local NFL games when the local team is horrible (like the Chiefs)? Never mind the terrible product, it's just not fun. Which is all to say that we might already be seeing the short story Rob mentioned in practice. Massive, empty TV studios.

Goldman: That brings us full circle, because to enjoy those games, you have to be able to put aside your local interest and say, "I'm going to watch this game because the Patriots are in town." I used to do that with the Yankees 1989-1992. I'd say, "Randy Johnson is pitching against them tonight, so let's go." I went to a lot of dead Phillies games at the Vet for the same reason. But I guess that's not a thing for people anymore.

Bopp: You think shortening the season and expanding the playoffs is the way to go?

Brisbee: Wait, wait, wait, what are we trying to fix? The sport with record revenues?

Goldman: Maybe we're trying to make them sustainable. But then all the East Coast stadiums are going to be underwater in the next century, so hell, let's leave that to the next generation.

The moral of the Jeff Francoeur story 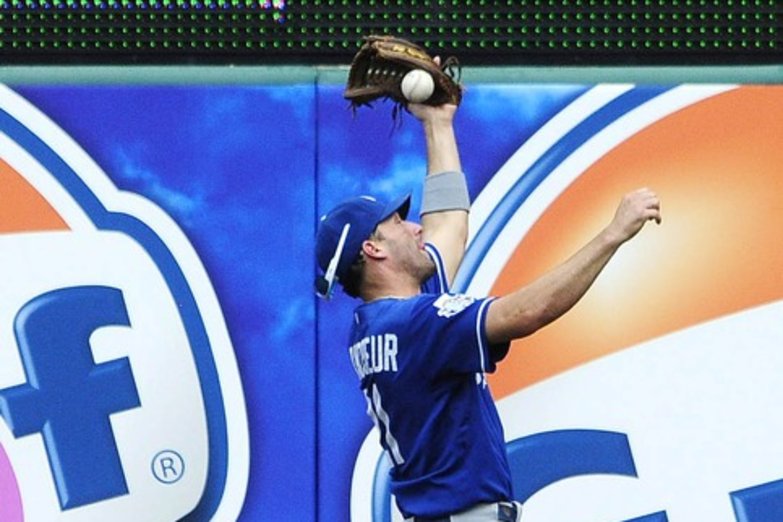 There doesn't have to be a moral, but if you're looking for one ...

Bopp: I thought we agreed that revenues != popularity?

Brisbee: I'd amend that to revenues !=national interest.

Brisbee: But at a regional level, popularity isn't an issue.

Bopp: What's the issue then?!

Brisbee: The Giants have three of the 50-best paid athletes in the world in their rotation. That might be indicative of a revenue bubble, but I'd wager it's more indicative of a team in a very healthy spot financially. If you want to watch half your team's games, you have to spend about 12 hours a week to do it.

Goldman: The only real issue isn't for us as fans, but probably is for the teams and players -- that if the rising level of RSN dollars is fueling increased salaries and that's a bit of a bubble, eventually those dollars will come back out of the game. But given the length of the deals, that may not be anytime soon.

Brisbee: That's a huge chunk of your allotted entertainment time. The last thing you're going to watch is a Cardinals/Braves tilt on Fox with your Saturday.

Goldman: LePore's point about Sundays is a good one. I love baseball, but "Game of Thrones"/"Mad Men" etc can be more tempting.

Bopp: It's worth noting that even our guest tweeters for @SBNationMLB (<--plug!) leave while Game of Thrones is on. Spoiler: everyone dies.

Neyer: Huh. I love "Game of Thrones" (almost) as much as anyone, but I don't feel compelled to watch it live. I recorded that (and "Mad Men," and "Veep," and "Family Tree") while watching Sunday Night Baseball. But then, I'm a professional!

Goldman: You can watch baseball the other six nights of the week and all day Sunday and still be a professional, right? All work and no play...

Brisbee: I spread out my one episode of Mad Men for a couple days. That's my only time to relax, so I savor it. Remember to wear a condom, kids.

Neyer: National baseball games will always be a tough sell, for many reasons. The only thing we know is that enough people are watching for ESPN (and FOX) to pony up a pretty fair chunk of change every time the rights are available.

Bopp: There's the crux. Does baseball need to be a national-interest sport?

Brisbee: I don't see why it does. Basketball does if they want to keep the Oklahoma Citys and Memphi in the fold. Football certainly does. Baseball, not so much.

Bopp: In the background of all this: the NFL. Every game matters, fantasy football, national interest games, the draft, the playoffs, the Super Bowl.

Brisbee: I'd argue that it needs to be a regional sport even more. There are 81 dates to fill. Focusing on local interest is a happy circle.

Bopp: I say it does need to be a national-interest sport -- assuming ratings are the goal. If profits are the goal, MLB seems to have that well in hand. If better baseball is the goal, I'd say neither ratings nor profits are as important as attendance. Because baseball, like every sport where you're not supposed to whisper in the stands, is better when more people are watching with you.

Brisbee: Yeah, this is a problem for Fox, not baseball. Maybe they can make more animated baseball robots.

We'll give Grant the last word today. What do you think? Leave your thoughts below.