Pitcher injuries force the Rangers to deal for Matt Garza

The Rangers are fighting for a playoff spot in the competitive AL, and their chances are now better with another starter in tow.

Share All sharing options for: Pitcher injuries force the Rangers to deal for Matt Garza

Before trading for Cubs' starter Matt Garza on Monday, the Rangers had four starting pitchers listed in their depth chart, and another seven on the disabled list.* Some of those starters have been there all year long due to preexisting injuries, and their absence has put a strain on the Rangers' starting depth when combined with new injuries to arms like ace Yu Darvish. It's helped drop the Rangers out of a playoff spot, but help is now here in the form of the aforementioned Garza.

*Granted, pitchers like Michael Kirkman have been used in relief in the majors, and Neftali Feliz's Tommy John might have pushed him away from that role going forward in a world where the Rangers have healthy pitchers.

Obviously, he's only one man, and he's replacing Justin Grimm in the rotation, given Grimm was sent along to the Cubs with Mike Olt, C.J. Edwards, and a player to be named later. Garza has a significant role to play, though: with Darvish returning to the mound on Monday to face the Yankees, Garza becomes the team's third-best healthy starting pitcher, behind Darvish and Derek Holland. Now, the Rangers are better equipped to stay in the race until more starters can return from injury, and are better prepared to handle setbacks or future injuries as well.

Assuming the Rangers want to keep 22-year-old Martin Perez in the rotation, they now only need one of the six other starters they have on the DL to come back and fill out the rotation. Colby Lewis is trying to return from torn flexor tendon surgery, and is currently on a rehab assignment. Alexi Ogando was expected to start against the Yankees on Tuesday assuming his bullpen session went well. Neftali Feliz isn't quite at the rehab assignment stage yet, but he's inching closer. Matt Harrison was scheduled to throw a bullpen session on Monday as he attempts to return from in-season back surgery.

Ogando and Feliz could be placed in the bullpen, or, in the case of Feliz, he could be optioned to the minors in order to work his way back slowly in whatever role it is the Rangers see fit. Nick Tepesch could also be sent back to the minors, where he's thrown just one start this year, thanks to needs in the big-league rotation. They only will have too much pitching in the sense that they can't utilize all of their assets at once, but they don't need to force anyone out of the organization by trade or release, meaning they get to have significant depth once it all heals up. 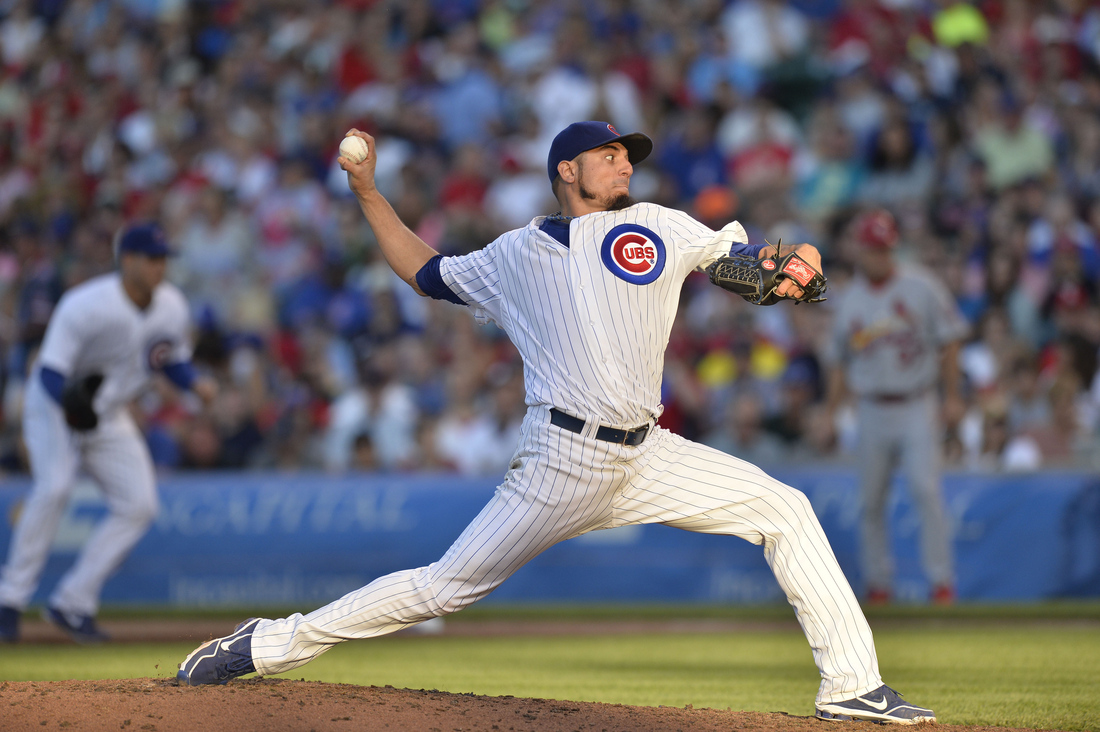 So, the Rangers are very shortly going to go from having a rotation that's short on options to one that's overflowing in them, and will be able to reassign pitchers to different roles or levels until they are once again needed, if at all, as a starter in the bigs. They'll manage to get there with roughly two months of season left, and as they're just a handful of games from one playoff spot or another, they have more than enough time to make use of said situation.

Just who is the Garza they'll be getting to pitch for them in this scenario, though? In his career, he's been a good but not great mid-rotation guy. He's maybe a weak #2 and an overqualified #3, but that's okay: the Rangers have Darvish and Holland, and don't need another #1 type. If the Rangers make the playoffs and throw out a rotation of Darvish, Holland, Harrison, and Garza, and Garza is the "worst" of the bunch, then Texas' chances are going to look pretty great even if they never fix their below-average offensive output.

Garza has been great this year, however, and for much of his time with the Cubs. In the 372 innings he twirled for Chicago over three seasons, Garza posted a 115 ERA+, and is at 125 this year. Of course, he won't get to face opposing pitchers anymore, and AL lineups and his new park aren't quite so pitcher-friendly, but contextually he should still be productive for the Rangers -- Garza was more than solid in his initial AL stint with the Rays, and little has changed to make one think things will be otherwise the second time around. 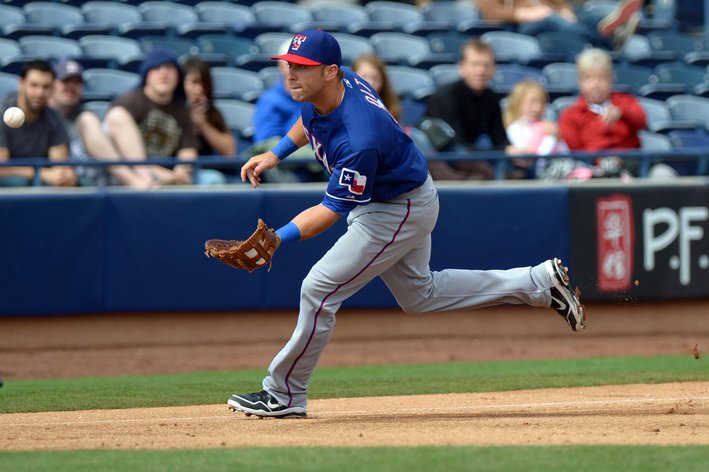 The Cubs look to be getting a solid return for Matt Garza as Mike Olt and C.J. Edward headline the package coming to Chicago.

If Garza is healthy, he's going to be useful for the Rangers. The Cubs thought he was healthy, in spite of previous elbow and shoulder problems, as they were attempting to sign Garza to an extension rather than trade him not that long ago. The Cubs could be wrong, of course, but combine their intentions with the way he's been pitching, and it's safe to think he should be able to survive the next few months before he hits free agency and becomes someone else's worry.

Maybe the Rangers didn't need Garza, but with all of the pitching injuries they've suffered, with last year's second-half collapse that led to losing their grasp on the division, with two World Series losses behind them, it's understandable that they would want more assurance on hand that the season's unofficial second half would go better than the first. This is a team with World Series aspirations and the talent to get them there, and the prospects they have on board don't necessarily need to play for the Rangers in order to help them achieve their goal of October glory. Garza's existence on the roster gives them a better chance of realizing their potential, and that's the point of it all, isn't it?

Matt Garza heads to Rangers for Mike Olt, others