When the hammer dropped, it came swiftly and unequivocably: Ryan Braun, former National League MVP Award-winner, was suspended without pay on Monday for the balance of the 2013 season (65 games). Braun agreed not to contest the suspension, making a cryptic statement acknowledging "some mistakes." This was in bold contrast to the denials Braun issued at the time he first came under public suspicion of using banned substances in December 2011. After an arbitrator overruled his suspension due to chain of custody issues involving collector Dino Laurenzi Jr., Braun said, "If I had done this intentionally or unintentionally, I'd be the first one to step up and say, 'I did it' ... By no means am I perfect, but if I've ever made any mistakes in my life I've taken responsibility for my actions. I truly believe in my heart and I would bet my life that this substance never entered my body at any point."

I think we can issue a correction on that now, Ryan. Clearly "this substance" did in fact enter your body. Given how assiduously Braun fought to save his reputation the first time around, it seems clear that there is no way he would have capitulated to MLB's justice if the evidence against him was not serious and undeniable.

I will leave it to others to sort out the timeline of who provided what and when, whether Anthony Bosch and Biogenesis were behind Braun's failed October 2011 test or whether he went back to the well of performance-enhancing drugs via Biogenesis even after he had the good fortune to be cleared. I will not speculate as to what moved him to try to hide under the clumsy lie that he had engaged Bosch as a consultant due to his appeal, because the answer to that seems obvious: when caught in a lie, the liar's first recourse is to keep lying. 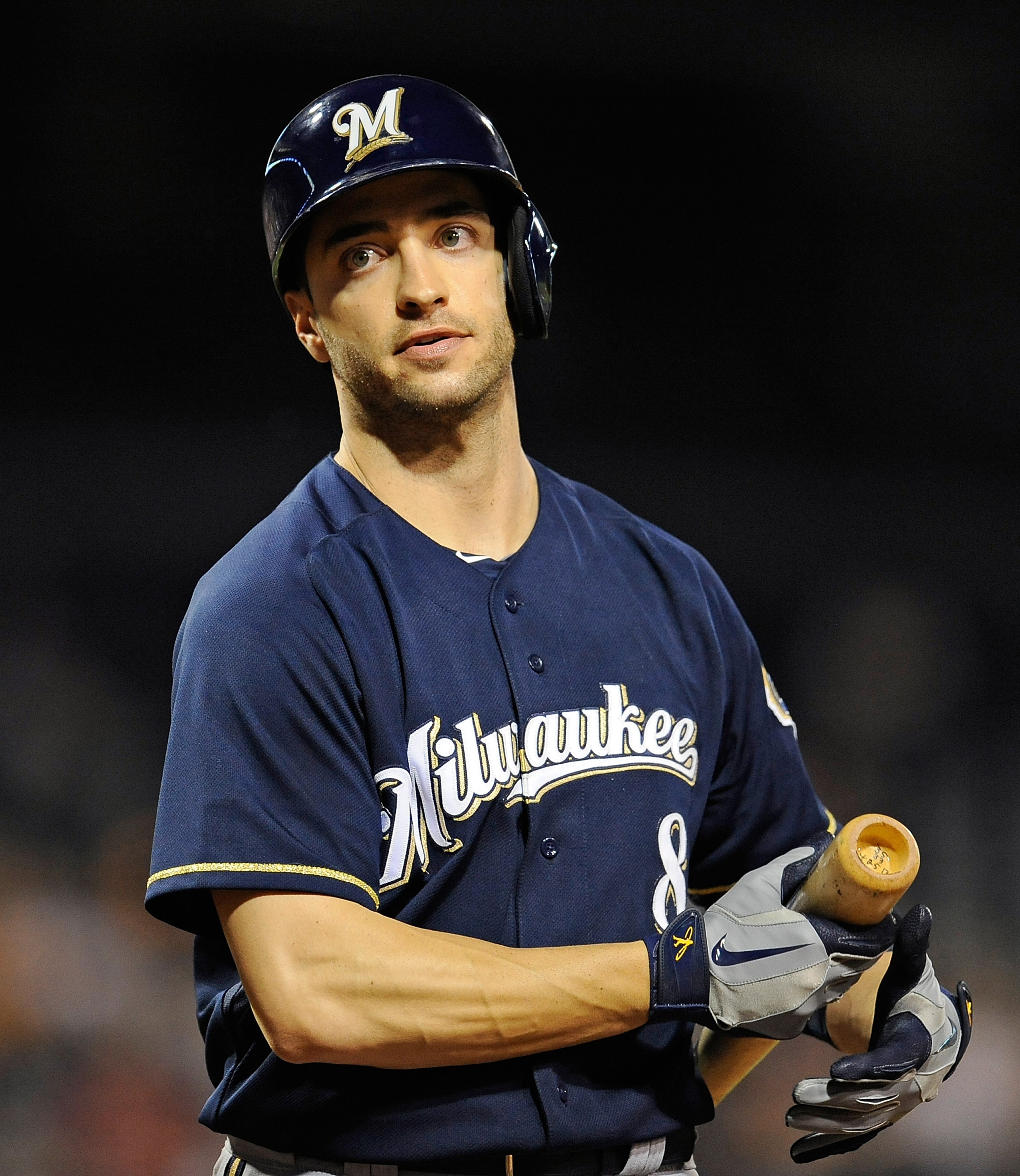 Ryan Braun won't appeal his latest suspensions, admitting to making "some mistakes" in a statement released following the announcement.

The question I would rather ask is this: Why even start in the first place? I realize there are countless obvious answers, primarily the desire for glory, fame, and riches, but the chemical route to success is closed. Braun was drafted in 2005 and reached the majors in 2007, the same year the Mitchell Report came out and forever damaged or destroyed the reputations of the players listed therein. He watched as Mark McGwire, Barry Bonds, Sammy Sosa, Rafael Palmeiro, and Roger Clemens went from being certain Hall of Famers to something we don't even know how to define. He saw Manny Ramirez's humiliation and exile. All of that pre-dated his failed test. This was something that, given the long orgy of high dudgeon and indignation that will inevitably be called the post-steroids era, every sign was telling him not to do. The Commissioner, the Players Association rank and file, the media, the fans -- everybody -- were sending out one simple message: don't start.

Braun started anyway. He apparently thought he was smart enough not to get caught, but not smart enough not to fall for hucksters pedaling undetectable substances out of "anti-aging clinics." Lex Luthor is not hanging around Miami selling miracle drugs out of a two-story office building. Braun's credulity would be almost impossible to believe were it not for the now-extensive list of players who have fallen for this kind of come-on. 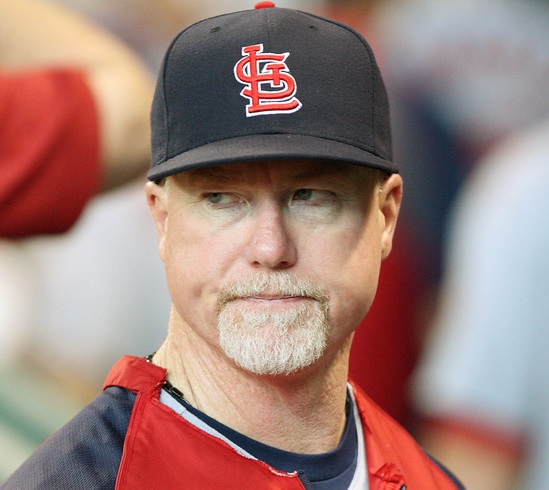 I said earlier that we don't know how to define the great players of the 1990s now. By that, I mean it is impossible to know where the player's ability ends and the cheating begins. It is possible, perhaps even likely, that they received little to no benefit from their violations of the rules and Major League Baseball community norms. I have argued that in the past and continue to believe that's the most likely case. If PEDs allowed players to speed up recovery times, the difference between them and an aspirin is purely arbitrary. Other supposed benefits, from increased reflexes to increased speed on the bases to additional distance on fly balls, are hypothetical. It is difficult to explain the way that players such as Bonds, Sosa and McGwire were transformed, harder to account for why they reaped such an outsized benefit compared to the larger pool of players who were using. Still, regardless of what you believe, even if your position is on the other extreme and you believe that PEDs greatly alter a player's output, it is even then impossible to say to what degree, or to name a percentage by which we should discount their numbers.

That's where we are now with Ryan Braun. As a player at the University of Miami in 2005 he was the fifth overall draft pick in the nation. He hit .352 and slugged .632 upon turning pro. Was he juicing even then? Did it begin the next year, when he struggled in High-A? Did drugs contribute to his winning the Rookie of the Year award in 2007? We will never know, and therefore we will never be able to evaluate these accomplishments in the same way we will never be able to look at Shoeless Joe Jackson's .375 average in the 1919 World Series and know what it really means. Our inputs are, and will forever be, too ambiguous.

Worst of all, we will never be able to know these things even if Braun decides to tell us, for if we know anything with certainty it's that he is dishonest. I listed all the negative examples Braun had to guide him earlier, but there was also Andy Pettitte, who admitted to using human growth hormone, apologized, and has had it largely forgotten. For Braun, it's now too late for that.

The problem both with the violation of baseball's rules and the dissembling that has accompanied it is that the perception is as bad as the crime itself. Even if the players were not particularly effective cheaters, they cast doubt on the game's integrity. That in itself is worthy of severe punishment.

Mark Twain wrote of one of the characters he described in Life on the Mississippi, "Take the lies out of him and he'll shrink to the size of your hat; you take the malice out of him and he'll disappear." Twain had that right -- take the PEDs out of a baseball player and he'll shrink to the size of a mere human. In Braun's case, however, even if he does shrink we'll still be left with the malice: his disrespect for the game and the fans, the low opinion of all of us that led him to believe he could perpetrate a fraud on an audience of millions and get away with it, and the way he impugned Dino Laurenzi, Jr.'s work. Laurenzi might not have executed perfectly, but his errors were entirely beside the point, and Braun knew it.

I said earlier that I was not clear on the effects of the players' usage of these banned substances, and yet I still call what Braun did a fraud. He tried, by chemical means, to make himself into something that he was not (or at least felt he was not) capable of becoming on his own. That is indeed a fraud.

Among the many players implicated in PED usage, special ire has always been reserved for Palmeiro, who wagged his finger at Congress and denied his usage. Braun now joins him in the special circle reserved for the loudest of hypocrites. The real sadness at this point is that unlike Palmeiro, Braun won't vanish into retirement -- despite this penalty, he remains under contract to the Brewers through 2021.

• Erik Bedard, the Astros and losing a one-hitter