We'll keep talking about them in spite of their eroding relevance, but there are so many other players to watch.

Share All sharing options for: Derek Jeter, Alex Rodriguez, and MLB relevancy in 2013

In the 1944 comedy The Miracle of Morgan's Creek, a young woman goes out for a night of drunken revelry with a bunch of soldiers about to go overseas, hits her head, and wakes up married and pregnant. The problem isn't that the sex wasn't consensual -- it was -- but that the heroine can't quite remember which of the soldiers she hooked up with. She recalls only that the private had a funny name, something like "Ratzkiwatzki." By the end of the picture, a new husband/father has been found and, after an appeal to the governor, the original marriage has been annulled. But what about Ratzkiwatzki? What if he objects? "He's out of the picture!" the governor shouts. "Was never in it!" the political boss adds.

This is one of the best double-entendres in movie history as the line is literally true: There is no such character as Ratzkiwatzki in the movie. He's continually referred to in conversation but never actually appears. Thus he is easily deleted, having never been part of the story in the first place.

Alex Rodriguez and Derek Jeter are the Private Ratzkiwatzkis of the 2013 season. They are not in the picture, were never in it. I was struck by this on Monday afternoon when I spent 15 minutes on the radio talking primarily about the two absentee players. I put down the phone and realized that we had spent a quarter of an hour discussing players who have had zero impact on the 2013 season. I am not denigrating the host's choice of topics; that two historically important players have been non-factors for two-thirds of a season is a story. Add in that one of them is the King of New York and the other is apparently about to be banned for some epic length of time and you have a story worth talking about. Still, for all their relevance to baseball, the game on the field in 2013, we might as well have been talking about Cap Anson and Pete Browning. 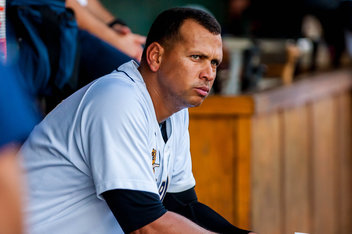 The veteran slugger is reportedly trying to make a deal with the league similar to Ryan Braun's. Unlike Braun, however, A-Rod's suspension is not expected to be imminent.

That's not to say that we should be surprised by that outcome. Even without fluke ankle injuries, hip surgeries, and stupid, stupid, stupid dalliances with Florida anti-aging clinics, the odds were always against Jeter and Rodriguez. One was a 39-year-old shortstop, a spectacularly rare creature. Historically, most shortstops have not had the bat to justified continued playing time as their defense started to slip, so with the exception of a couple of above-average hitters who were able to hang on (Honus Wagner and Luke Appling in the prewar period), most shortstops have changed positions or gone home by the time they're pushing 40. More recently, teams have played Ozzie Smith and Omar Viquel regularly at 39 and 40 on the theory that a degraded great defender still had enough left over to be a better fielder than whatever 25-year-old replacement they could muster. However, no shortstop 39 or older has had a season of even 3.0 wins above replacement (as per Baseball-Reference) since 1949.

The other, the third baseman, was only 37, but the list of 37-year-old third basemen having big seasons is actually quite short as well. In both cases, the Yankees needed to roll the 20-sided dice and come up with the facet that indicated Mike Schmidt '87 and Luke Appling '46. The odds were against either happening even if each of them was in mint-on-card condition. They were doomed to be the Ratzkiwatzkis. Rodriguez, in particular, has been in continual decline since his 2007 MVP, Biogenesis magic beans or not. In all the parallel universes that crowd reality, there are precious few where these two had big seasons and countless more where they did exactly what they're doing now.

As Cliff Corcoran wrote recently in these pages, for these players the future is going to bear more resemblance to the present than the glorious past. After all, unless the world is suddenly discontinued, Jeter and Rodriguez have limited baseball left, whereas their team will go on. Whether due to some lengthy ban or simple inability to play, they will head into retirement. The game belongs not to them, but to Yasiel Puig and Wil Myers and Mike Trout and Bryce Harper. The Mariners have brought up a whole passel of interesting young players this year, guys like second baseman Nick Franklin and shortstop Brad Miller. The Marlins are about to promote Christian Yelich and Jake Marisnick from Double-A. This is the world of the living. 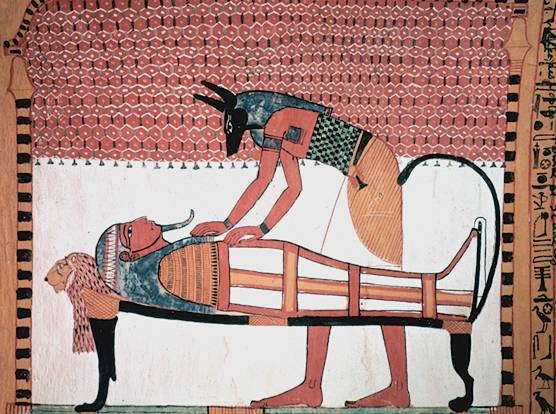 I do not suggest any equivalency of moral stature when I say that Jeter and Rodriguez are about to share the same fate. One will go soon because time demands it, the other because the Commissioner does. The short-term destination is still the same. Life is not always fair, though Jeter will get something back when he accepts a plaque from the Hall of Fame at a time when Rodriguez will still have to buy a ticket to enter the museum.

Jeter may yet gain relevance to the 2013 season. The Yankees have had a fascinating campaign, hanging in (barely) despite the team's many injuries and a self-defeating winter of lethargy. For Jeter to come riding in on a white horse and save them one last time would be thrilling, perhaps even to non-Yankees fans. Nevertheless, we should resign ourselves to the fact that this is increasingly unlikely. To do that, Jeter will have to be (a) able to play, and (b) able to play shortstop, because (c) after a season of getting .217/.272/.289 from their shortstops and .211/.298/.360 from their designated hitters, if the Yankees are serious about making a run they're going to need to upgrade in both places.

Until such time as that happens, I'm ready to talk about Jose Iglesias and Matt Moore and Henry Urrutia and any player who is actively contributing to a major league baseball team and might have a shelf-life longer than a head of cauliflower. It's time to let go. They are no longer in the picture.