If you clicked through based on the headline, clearly you're in the right place.

The big news in baseball this week is that WrestleMania 32 takes place on Sunday. Wrestling, of course, has a long history of being closely tied to baseball and -- What's that? Sunday is ALSO MLB Opening Day? Well, I don't have time for that stuff; I'm a busy guy.

We have a few wrestling fans around the MLB side of SB Nation, so we decided to put my head together and envision each MLB team as a professional wrestler, past or present (mostly present). Please keep in mind -- before you race to the comments to tell me what a terrible job I did -- that these comparisons are based on the current editions of each team. Yes, the all-time Yankees would be "The Million Dollar Man" Ted DiBiase or Hulk Hogan or whatever; the 2016 Yankees are neither of those.

Also, please be aware that these are wrestlers that best EMBODY a team. Don't be angry if, say, a Houston-area wrestler ends up representing a Baltimore-area team. Just kick back, enjoy and try not to take things too seriously.

Just kidding; it's pro wrestling discussion on the Internet! Tear each other limb from limb! In this installment, we begin with the American League.

Immense potential but a million questions about the future? Constant promises of greatness followed by crushing disappointment? Looks the best on paper but falls into an open manhole right out of the gate? Yeah, that sure sounds like Bray Wyatt!

The Tampa Bay Rays are Stardust

Constantly on the precipice of greatness and disaster, it's very difficult for fans to bring themselves to fully invest of either one of these entities. There's lots of energy invested in both from a performer standpoint. And boy, could they be something if there was a little more money and love put into them. Let's just enjoy them for what they are. Maybe one of them will end up surprising us.

The Baltimore Orioles are Booker T

Everyone likes the Orioles in some way. They're not really a team that lends itself to intense hatred. They probably don't even have an arch-rival. I bet they think they do, like the Padres and Mariners think they have arch-rivals. But they don't. Everyone loves that the Orioles are doing well again (except Yankees fans). Everyone likes the team's history (except Yankees fans) and of course everyone is crazy about those gorgeous uniforms. (Yankees fans, you like the uniforms okay, right?) The Orioles have been up, they've been down, they've been the best, they've disappeared. That's Booker T: no one really hates the guy; lots of people think of him very fondly. His career is all over the place. I mean ALL OVER THE PLACE. He was a tag team specialist, he was a guy who lost the rights to his name so he had to start wrestling as G.I. Bro, he feuded with a guy over shampoo, he was suddenly a foreign king, he kicked around in TNA hating everything before reinventing himself as an announcer and has now comfortably settled into his role as legend and Hall of Fame wrestler. There is some aspect of Booker T's career that you can recall fondly. There is some part of his history you adored. The Orioles and Booker T: hey, that wasn't so bad!

Hey, would you like to be a talented, pedigreed, charismatic, impossibly handsome person with lots of muscles and swagger and a cool theme song, whose bosses love him and talk him up to everyone who has working eardrums? Sure you would. Would you like to CHEER for that person to succeed? NOOOOPE.

Roman Reigns is the Yankees. He has always been the Yankees. Or perhaps more appropriately, the Yankees have always been Roman Reigns. Are they great, with a great history and cool-looking uniforms and a legacy and cache you'd kill to call your own? Sure. But non-Yankees fans will die before they'll admit it.

Have fun on Sunday, when the Yankees win the world title at WrestleMania 32!

The Toronto Blue Jays are Ryback

You get to bat Jose Bautista, Edwin Encarnacion and Josh Donaldson in a row. That's basically a baseball representation of what Ryback looks like. You think they've had enough dingers yet? I hope Jose Bautista flips his bat and then stands at home plate screaming FEED ME MORE for like 15 minutes before trotting around the bases. Wake up, it's dinger time.

The Detroit Tigers are Kane

Kane has been extremely popular and successful for like 20 years. He's been pretty much every champion there is, crowds love him, he sells merchandise and rarely makes a fool of himself in the ring. All that said; there's nothing really getting worked up over. At the end of the day, he's still just Kane.

The Cleveland Indians are Tatanka

You know the story of the Royals by now. They're a small-market team one of the oldest stadiums in the league, playing in the shadow of the Cardinals, with one of the smallest payrolls in the league. But damned if they didn't scratch and claw and get creative with their god-given talent. They built a nearly unparalleled swell of fan support and it helped propel them to two straight World Series and a championship. They'll do it their own damn selves.

Although Daniel Bryan is now out of wrestling far, far too soon, he shares a whole lot of parallels with those plucky ol' Royals: superhuman talent, joy for the sport and the undying love of their fans.

The Minnesota Twins are The Miz

You're not always paying attention to them, but they're always just there, quietly being one of the best teams in the league in one of the prettiest stadiums. They always tend to sneak up on you. That's the Miz. He might just be the best all-around character and wrestler in the business right now, but he gets none of the limelight. Not like he'd get credit for his success, anyway; he's just some guy from The Real World.

(Give the Twins some respect, everyone. The Miz, too.) 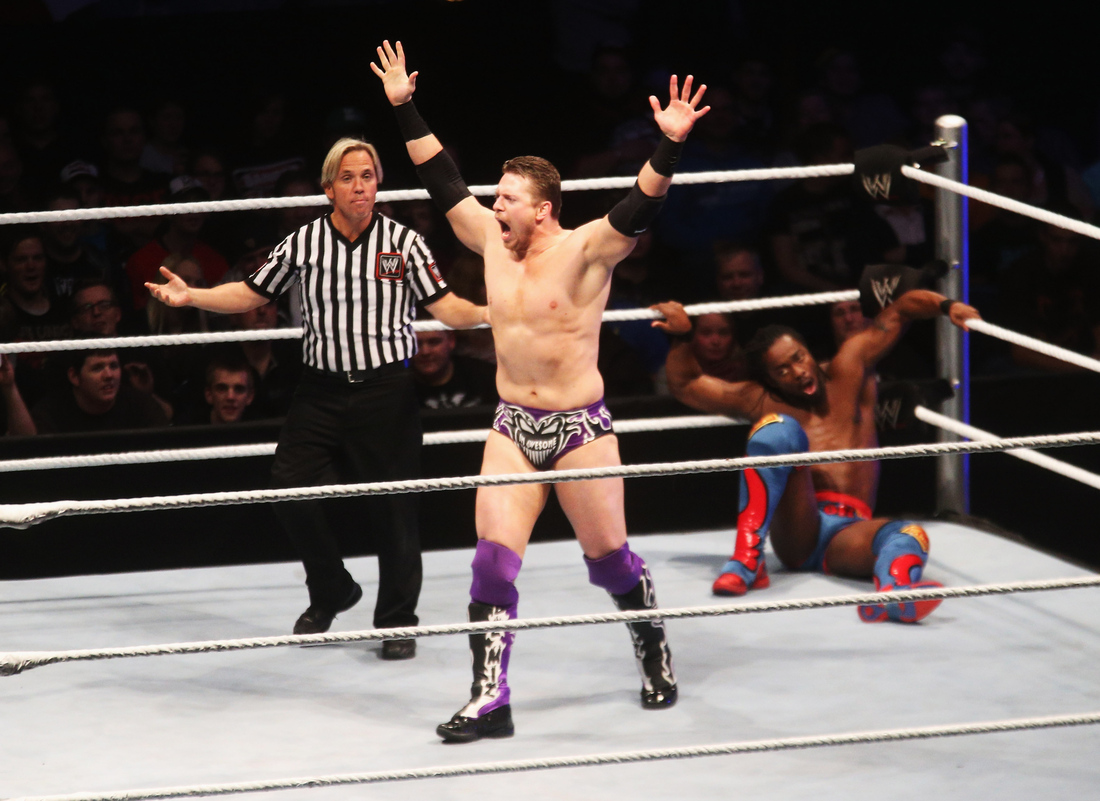 The Oakland Athletics are ACH

I know; you've never heard of ACH. You should maybe watch this. If you want more after that, watch this. ACH is an amazing pro wrestler who is out there killing himself in front of 15 people in a rec hall in a ring that looks like it has linoleum for a mat. But he's not going to stop; he's just going to keep being great at what he does. And the people who DO show up love him to death and realize they're watching something special. So you can see how there might be SOME parallels. Just throwing it out there.

The Texas Rangers are Ricky Steamboat

Ricky Steamboat is probably one of the greatest wrestlers of all time. But he never rose much higher than "second fiddle." His contemporaries were more colorful, or more charismatic, or just more interesting. He got right up against superstardom, but never really got over the hump. That's where the Rangers are finding themselves now. Ricky Steamboat won that match at WrestleMania III, but Randy Savage will always be more beloved. Can the Rangers find a way to make themselves memorable?

The Seattle Mariners are Al Snow

In one of his books, Mick Foley uses "Al Snow" as a euphemism for taking a poop. The Mariners are not as bad as all that. Mostly because the Astros are in their division now. But I mean, come on; the Mariners are Al Snow. You love him, but you're not going to start a White House petition to get him into the WWE Hall of Fame or anything. Just chuckle and move on.

From tarnished and shamed, to a long stretch of awfulness, to a relatively brief period of intense success. Then they vanished from the face of the earth, never to be seen again. BUT WAIT: the White Sox made a lot of flashy moves the past two offseasons ... and now suddenly Zack Ryder is in a title match at WrestleMania! Coincidence? Hardly. Pencil it in now, folks: the ChiSox are making the playoffs this year. 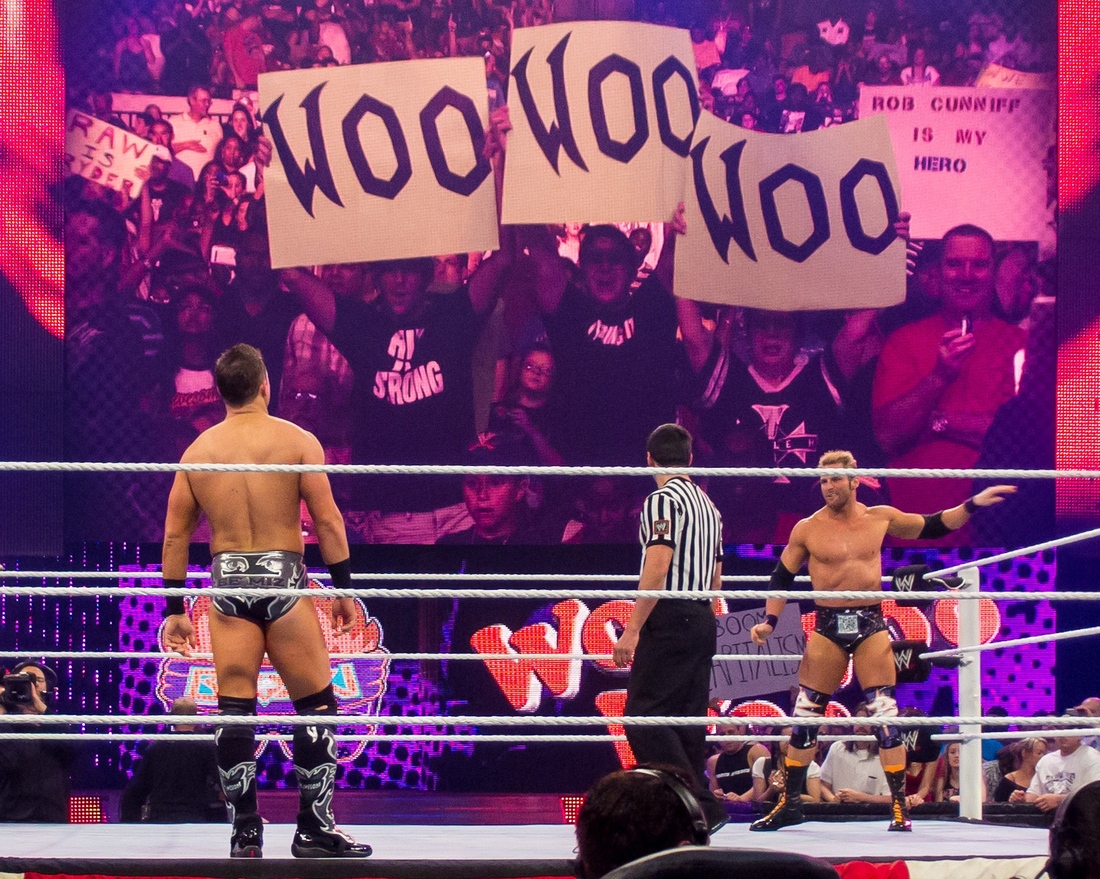 The Angels have Mike Trout, the absolute best player in all of baseball. Let's just take a look at the rest of the roster.

Meanwhile, have you seen how awesome Sin Cara looks? Look at that mask! That's one of the coolest masks I've ever seen! Wow! What a look! What an entrance!

[Sin Cara immediately slips and lands on his everything]

The Houston Astros are Kalisto

On the flip side of the Lucha Dragons coin ...

Wow! Where did THIS guy come from? He's doing stuff we've never even seen before and he sure looks like the second coming of something huge. But will he make it all the way to the top? Nobody knows! Just keep your eyes on this tiny little guy, because he really has what it takes to be an all-time great.

Quick: am I talking about Kalisto or Jose Altuve? Trick question: it's both.