Dr. James Andrews confirmed Wednesday that the right-hander has an entrapped radial nerve in his right forearm.

Share All sharing options for: Brandon Morrow injury: Blue Jays RHP likely out for the season

In what now seems to be a national pastime, the Toronto Blue Jays received some bad news about their starting rotation Wednesday. Right-hander Brandon Morrow received confirmation that he has an entrapped radial nerve in his right forearm and will likely miss the rest of the season, reports Shi Davidi of Sportsnet.ca.

The regular course of treatment for an injury like Morrow's does not involve surgery, but the rest required for the inflammation in his forearm to subside will most likely keep him on the sidelines through the end of the regular season. 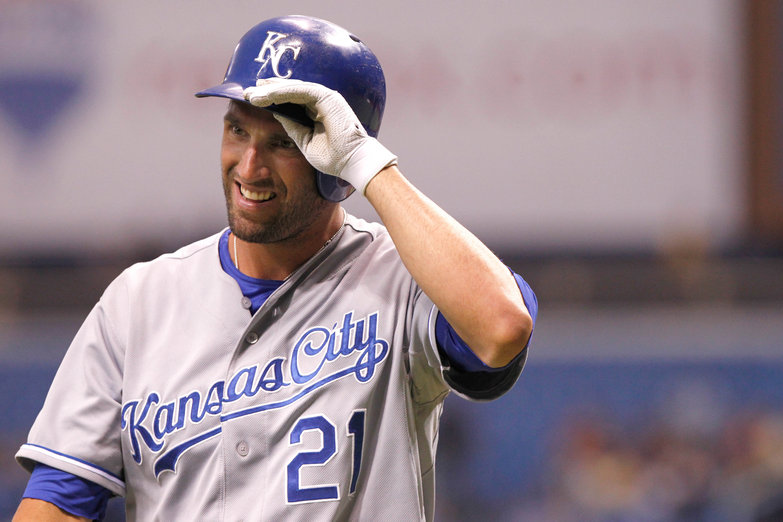 The best of a bad lot says a great deal about the current Royals general manager.

Morrow, who has been on the disabled list with a forearm injury since May 29, had two exams in May and June that led to the same diagnosis. However, he wanted to be sure that he was completely out of alternatives, so he visited elbow specialist Dr. James Andrews Wednesday morning. Andrews did not have any better news.

Davidi writes that radial nerve entrapment is caused by the repeated pronation and supination (i.e. turning) of the arm, which is pretty much required to throw a baseball. The entrapment results in discomfort and inflammation in the forearm and elbow, which the Blue Jays had cited as the primary issue up to Wednesday.

Morrow, 28, made just 10 starts for Toronto this year, posting a 5.63 earned-run average in 54⅓ innings. Even if Morrow had been able to return this season, it's unlikely he would have helped right the fast-sinking ship. The Jays have lost seven straight and currently sit 14½ back of the Red Sox in the AL East.

Morrow is under contract through next season and holds a $10 million team option for 2015, so fans can at least hope he'll return to form and stay healthy in 2014.

• Why do we obsess over the trade deadline?

• Brisbee: On the roid rage of fans and columnists ...