Are Sabathia and Verlander breaking, or has access to information just clouded our judgment?

Share All sharing options for: CC Sabathia, Justin Verlander, and the ever-vanishing fastball

Sabathia hasn't recorded an out in the sixth inning since throwing a complete game on July 9; in three starts since, he's thrown 14 innings and allowed 22 runs. His current 4.65 ERA would be the highest of his career by more than a quarter of a run, and his 87 ERA+ would be his first career trip below average (the park-adjusted league average is 100, which is also Sabathia's previous career low). Things aren't looking as dire for Verlander, but he's given up 11 runs in 11 ⅔ innings since July 20, and his current 3.99 ERA and 107 ERA+ would both be his worst since his disastrous third season in 2008, when he came in at 4.84 and 92 after working through mechanical issues for months.

We've seen quite a few pieces about the struggles of those two, and we figure to see a whole lot more. You've probably heard about the drop in average fastball velocity -- Verlander's from over 95 miles per hour a few years ago down to around 93 today, Sabathia from a touch over 94 to about 91 -- and the presumably-resultant drops in strikeout rates. Both have been workhorses for quite a while now, but both are still relatively young (Verlander turned 30 in February, Sabathia 33 last week). So this has been quite concerning, in certain corners.

You'll see or have seen dozens of articles using the velocity drops (and the mountains of other data available to us through Fangraphs and Brooks Baseball and elsewhere) to analyze what's going on with Sabathia and/or Verlander, and I think that's (mostly) a very good thing. More information is better than less, and I always admire good-faith attempts to use that information in a reasonable way to teach us something we didn't know before.

But here's the thing: most of this information is new, relatively speaking. Fangraphs has pitch type and velocity going back to 2002 (and the slightly different PITCHf/x data back to 2007); most of the other available information has its genesis even more recently. We don't have any average velocities for Nolan Ryan or Tom Seaver, and any guesses as to Walter Johnson's pitch velocities were, well, mostly guesses. Given that we're taking better care of pitchers now than ever before and that we've seen quite a few relatively stark drops in velocity in the short time we have had this information available, we can surmise that these sorts of drops are just the kinds of things that happen and have been happening, to every pitcher, ever since they removed the ban on overhand pitching. And we've still had pitchers have 20-year and 300-plus-win careers, which would seem to suggest that the key isn't avoiding the kind of thing Verlander and Sabathia are going through, but adjusting to it. 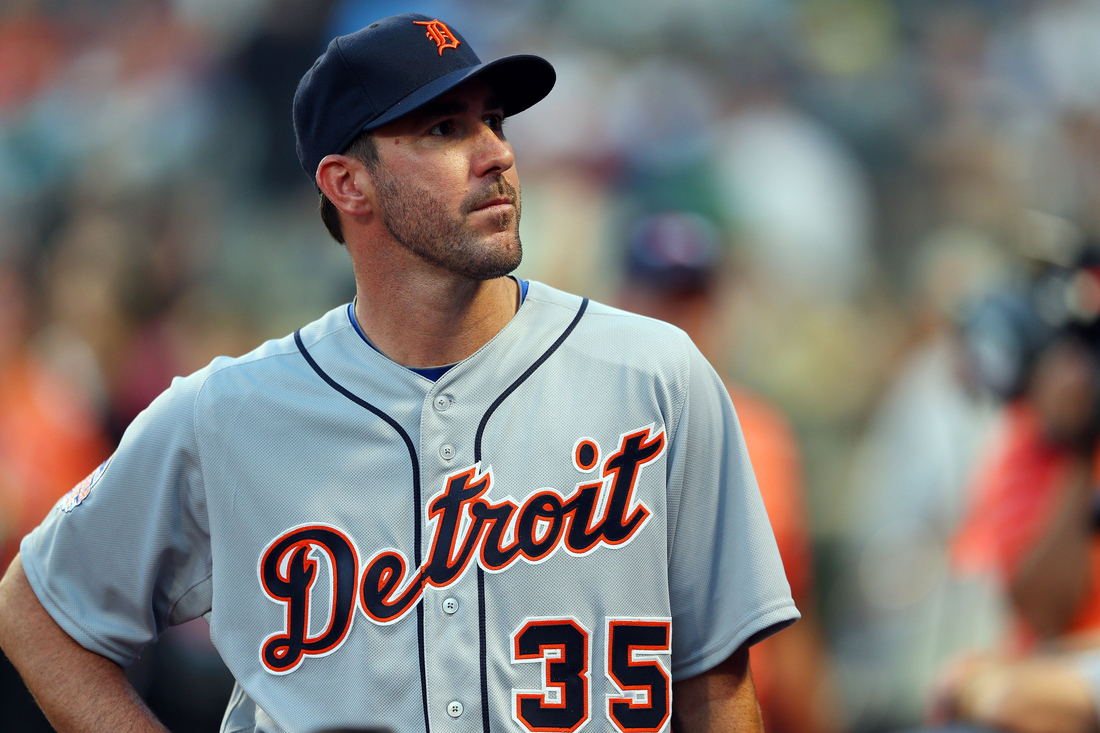 Indeed, throughout history, many pitchers who have had long careers, if not most, have had a kind of "hiccup," of varying severity, somewhere in the middle of their careers. The best and most visible example might be Lefty Grove, who sits sixth all time in WAR for pitchers and is Bill James' pick for the best left-handed starter of all time. After a seven-year run in which Grove posted a 164 ERA+, led the league in strikeouts six years in a row, ERA five times and wins thrice, in 1933 Grove saw his strikeouts slip from 5.8 per nine innings to 3.7, and his ERA+ from 160 to 134, then struggled with injury and ineffectiveness in 1934, throwing just 109 innings and posting a 6.50 ERA (73 ERA+) with a career-low strikeout rate. That was his age-34 season; Grove would rebound in a huge way, and though he never threw quite as many innings again as he had before the hiccup, he posted an even-better 173 ERA+ over the next five seasons, bringing his strikeout rate back up to 4.6, leading the league in ERA and ERA+ four times, and continuing to pitch at least adequately through his retirement at age 41.

Another example is Bert Blyleven. From 1971 through 1978 (age 20 through 27), Blyleven never threw fewer than 234 innings, posting a brilliant 134 cumulative ERA+ (never falling below 119 in any season) and striking out 7.2 per nine, which (like Grove's) was a huge number for his time; the league average was under five. In 1979 and ‘80, though, his second and third years with the Pirates, Blyleven lost about half a strikeout and gained about half a walk per game, gave up a few more homers, and saw the innings start to slip a bit, while posting ERA+ of 108 and 97. He was then generally excellent for most of the rest of the 1980s, and was one of the best in the league in 1984 and ‘85. Despite a very rough go in ‘88 in which he turned 38 before it was over, Blyleven was second in baseball in wins above replacement among pitchers in the 1980s, after being fourth in the same stat in the 1970s. 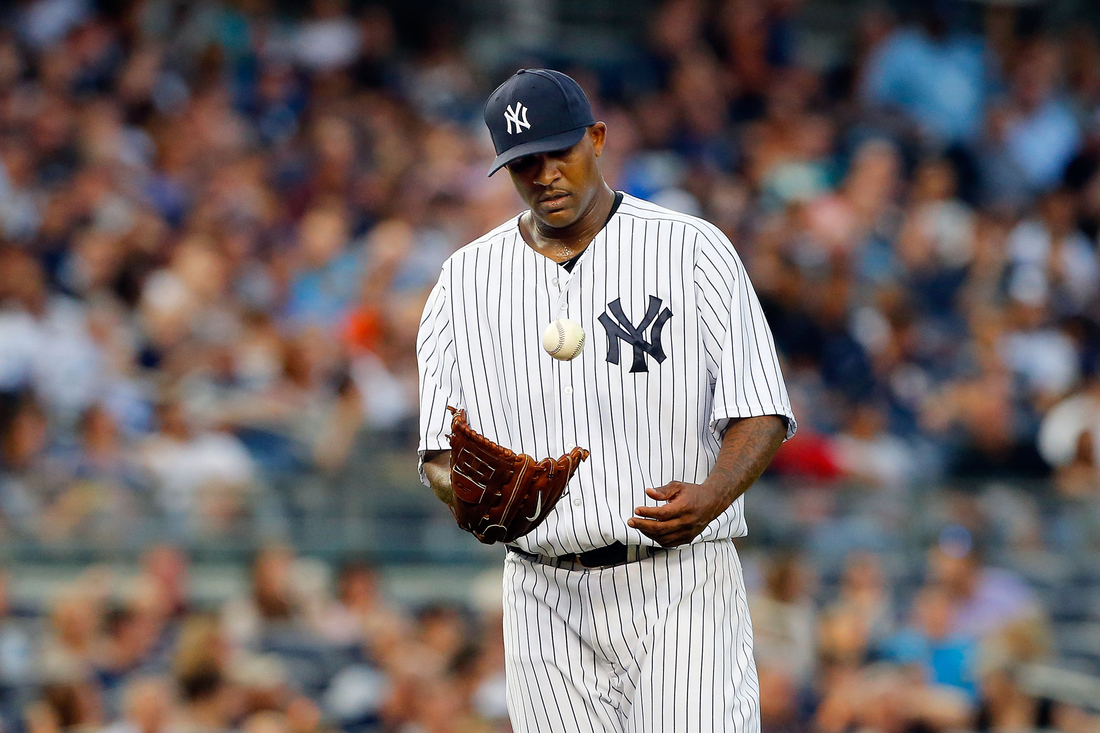 And so on. There isn't enough information in any of those years to know anything for certain, but one strong possibility is that each of these pitchers, in their late twenties or early thirties, saw a sudden dip in their velocity, and (in most cases) a related inability to strike as many hitters out as they were used to, resulting in a big spike in ERA. Each of those pitchers went on to have success that was comparable to their pre-hiccup success, suggesting one of two things: either (1) there was an injury that hampered the pitcher in the "hiccup" year, from which he recovered, or, as seems more likely to me when you look at the way the numbers were put together "before" and "after," (2) these pitchers were smart and talented enough to adapt to their new skill level, to pick up more strikeouts without the velocity where they could and just find alternate ways to get hitters out.

There certainly are examples of pitchers who couldn't get past the hiccup, as well. Wes Ferrell (who popped up here two weeks ago as one of the great-hitting pitchers) was brilliant through age 28, then immediately got very, very bad (without a significant strikeout drop) and was out of baseball altogether at 33. Robin Roberts posted a 131 ERA+ from age 21 through 28 and won 20 or more games six years in a row, then put up ERA+ of 83 and 93 the next two seasons (while losing 40 total games); he rebounded somewhat, but was still merely a perfectly average pitcher overall from ages 29 through 39. Roy Oswalt slipped tremendously in 2011, at age 33, and doesn't seem likely to rebound at this point.

Biogenesis suspensions for Alex Rodriguez, others could come this week, per report 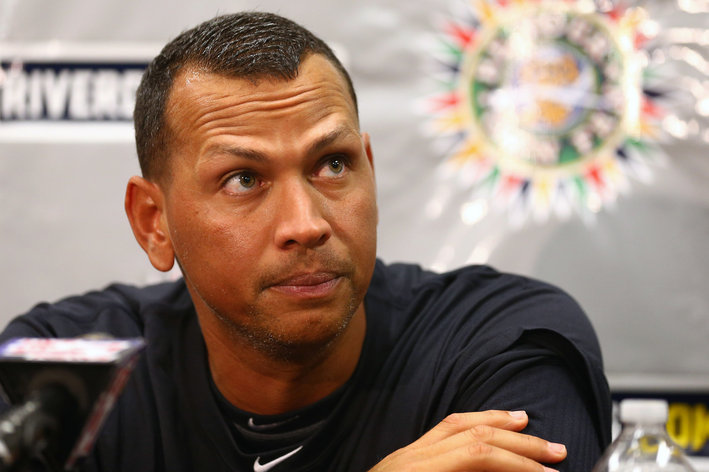 MLB's decision might come this week, although he'll be able to appeal.

That all appears to more or less to confirm the hypothesis above: virtually all pitchers go through what Sabathia and Verlander may currently be going through. Some (Tom Seaver, Randy Johnson, Greg Maddux) pass through it silently, almost imperceptibly; others (like the ones highlighted here) experience a bit of a hiccup before figuring it all out; others still, for whatever reason, just never figure it out again.

That's not... not concerning, if you're a Yankees or Tigers fan, but were I a betting person, I'd bet pretty heavily on the second option in the case of both Verlander and Sabathia. Both have been too dominant for too long; these guys just know how to pitch. They'll reinvent themselves if they have to, the way Grove and Blyleven did. I'd argue that only Roberts had anything like the best-in-the-league-for-years sort of track record of these two and failed to "figure it out," but in Roberts' case, the change is so drastic that something else had to be going on there. Barring debilitating injury, the great ones tend to get back to being great (or at least very good).

In any case: we have a lot more information now, but the fact that we can now (arguably) know why it happens doesn't change the fact that it's happened before, and has probably always happened. And the great ones -- as Verlander and Sabathia both appear to be -- tend to come through it just fine. At least for a few more years, anyway.

• Albert Pujols out for up to a year