The tall right-hander will get his professional start with the Astros' Single-A affiliate in New York.

Astros fans won't have to wait long to get a look at the club's newest No. 1 draft pick. Right-hander Mark Appel will make his professional debut this Friday with the Single-A Tri-City ValleyCats, reports Chris Abshire of MLB.com.

More Astros: In Defense of the Wayward Fan 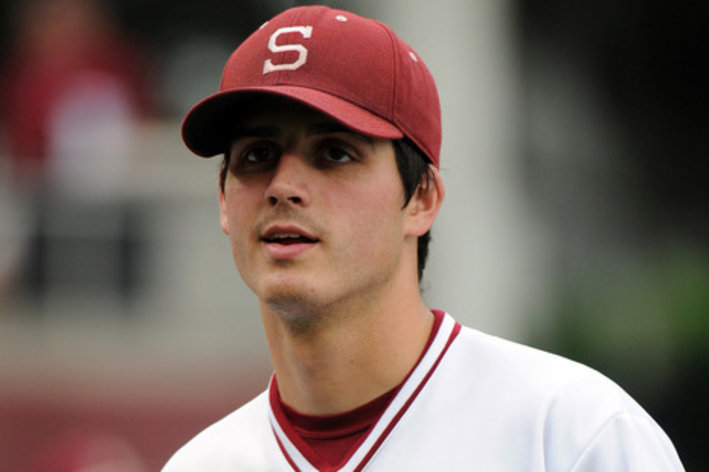 The right-hander signed on the dotted line.

Appel has been working out at the Astros' Spring Training complex in Florida for the last week or so. He will fly up the coast to join the short-season ValleyCats in New York on Thursday, then take the mound on Friday.

GM Jeff Luhnow said that Appel will be on a very strict pitch count, but declined to reveal what that number will be. Luhnow added that he expects the Stanford grad to make it through several minor-league levels over the next three months, and that a spot in the Astros' starting rotation for 2014's Opening Day is not out of the question.

Appel posted a 2.12 earned-run average and struck out 130 batters in 106⅓ innings in his senior year at Stanford, improving on the numbers that put him in contention for the top pick in 2012. The 6'5 right-hander boasts excellent command of a fastball that sits in the mid-90s, a plus slider, and a workable change-up; an arsenal that should allow him to fly through Houston's farm system.