Bud Norris trade: Orioles might be wrong team for Norris

The Orioles needed pitching help, but Bud Norris might not be it.

It's been no secret that the Orioles were in search of upgrades in their rotation. A few weeks back, they plucked Scott Feldman from the Cubs in the hopes of plugging the back-end of a leaky rotation, and now, right before the non-waiver trade deadline, they've dealt a few prospects to the Astros in exchange for the present and future rights to right-hander Bud Norris.

The thing is, Norris might not be an upgrade, as there is reason to believe this is a disaster waiting to happen for the O's. As is, he owns a career 92 ERA+, comfortably below-average, and despite four full seasons in the majors and 28 birthdays, has yet to throw 190 innings, never mind over 200. He's doing a bit better this year, with a 104 ERA+ and an average of six innings per start, but he's also bounced between this territory and well below-average a couple times in his career.

Plus, Norris is leaving a park where he's had plenty of success for one that was designed to crush arms like his. Minute Maid allows its share of homers, but in the end, it's a neutral park for both lefties and righties. In Norris' 373 innings and 61 starts there, he's allowed an opponent line of .238/.313/.389, with 1.1 homers per nine, a 2.4 strikeout-to-walk ratio, and a 3.38 ERA. On the road, however, he's dealt with consistent disaster: Norris has posted a 5.46 ERA on the road in 316 innings and 57 starts, with increases in his walk rate and a slight bump in his homer rate as well. Opponents have mashed to the tune of .283/.358/.451 against him in road contests. 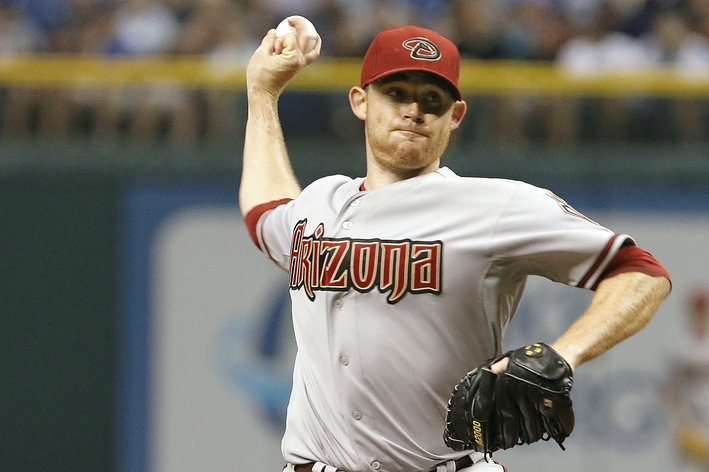 Both Ian Kennedy and the Padres are lost in 2013, but maybe they can work things out together.

Those splits have existed this year as well, where his road OPS allowed is 161 points loftier than his home one. Throw in that right-handed Norris has been essentially useless against left-handed hitters throughout the years -- 797 OPS against in his career, and an 860 mark in 2013 that's nearly 30 percent worse than what your average right-handed experiences -- and you can see where this can get ugly fast when his stat line can no longer be cushioned by the Minute Maid pillow.

Plus, as hinted at, Camden Yards is just an awful place for someone with Norris' issues. Lefties hit homers there 27 percent more often than at a neutral park, and righties aren't far behind at 21 percent -- at Minute Maid, where homers were the only thing a pitcher had to worry about, the rates were nine and 10 percent, courtesy Stat Cornerand their three-year park factors. Norris could very well be in some serious trouble if he faces a lefty-heavy lineup in a home park. Or at Fenway, or Yankee Stadium, or basically anyone he has to go up against in a game meant to keep the Orioles in this or a future race.

Norris has two seasons in which to find some consistency and give the O's what they hoped they were getting, but the odds are stacked against both of them at the moment. Credit should be given to the Orioles for trying to do something in a year in which they are absolutely still in the playoff race, but Norris might not be the guy to erase the sting of the Freddy Garcias, Jake Arrietas, and Zach Brittons they've rolled out in their attempt to feature a solid one through five.