After reports earlier Wednesday indicated the MLB would impose a lifetime ban against Rodriguez, the Yankees third baseman appears to have chosen to cooperate.

With the possibility of a lifetime ban staring him down, New York Yankees third baseman Alex Rodriguez appears to have chosen to cooperate with Major League Baseball. Rodriguez and his representatives are negotiating a settlement with the MLB that will likely result in a lengthy suspension, reports T.J. Quinn at ESPN.com.

The MLB reportedly have hefty evidence that Rodriguez has continued to use performance enhancing drugs connected to Biogenesis. ESPN also mentions that the league has been given proof that Rodriguez intimidated "at least one witness" involved in the investigation. 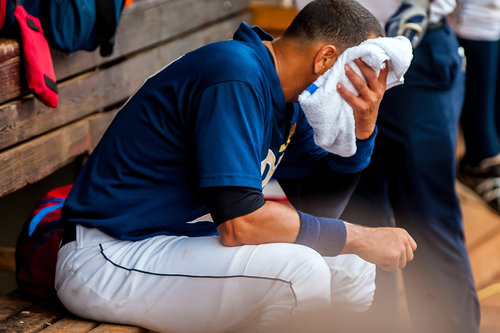 The league's preference appears to be that Rodriguez, like the Brewers' Ryan Braun, take a settlement rather than force a messy arbitration process and legal battle. Braun negotiated a 65 game suspension, the remainder of his 2013 season at the time.

Rodriguez would likely have to take a longer suspension than that. The MLB has "volumes" of evidence against the active career home run leader, according to ESPN, and any hopes of winning an appeal are slim at best.

Earlier Wednesday it had been reported that MLB would impose a lifetime suspension against Rodriguez if he refused to cooperate. An agreement between the two sides would probably keep Rodriguez off the field at least through the 2014 season.

Rodriguez has already missed the entire 2013 season due to injury. He has been working on a return to the field recently, but if these reports are accurate he won't play again for quite a while.