Ruben Amaro, Jr. calls out Ryan Howard for own mistakes

Sometimes a general manager makes a mistake, and with Ryan Howard, Amaro, Jr. made a doozy when he extended a very limited player.

Share All sharing options for: Ruben Amaro, Jr. calls out Ryan Howard for own mistakes

In an interview on 94 WIP in Philadelphia on Wednesday, Phillies general manager Ruben Amaro, Jr. made this comment regarding lefty slugger Ryan Howard's slip to platoon status:

Amaro has been in his present position since November, 2008. He's had the unenviable position of occupying Pat Gillick's Hall of Fame-sized executive-model desk chair. In his frantic efforts to extend the run of the 2008 World Champions, he's been notable mainly for dealing off prospects for veterans. Some of those deals have redounded to his credit: There are no apologies necessary for getting Cliff Lee from the Indians in exchange for Carlos Carrasco, Jason Donald, Lou Marson, and Jason Knapp. That he subsequently flipped Lee to the Mariners for nothing of value and re-acquired him as a free agent at a minimum cost of $120 million is a bit harder to justify. Prospect-eating deals for Roy Halladay, Roy Oswalt, and Hunter Pence are tough to argue with, but deals that sent players like Pence and Shane Victorino out of town brought little back to the organization.

The strangest of all of Amaro's moves involved the "very expensive platoon player." In February, 2009, Amaro signed Howard to a three-year, $54 million deal. Howard was heading into his age-29 season, so the contract covered him through his age-31 season. Keep in mind that although Howard was coming of consecutive seasons of 58, 47, and 48 home runs, he had some significant liabilities: Howard was slow and only going to get slower, a weak defender, and had career averages of .231/.314/.471 against same-side pitchers. He had hit 47 home runs against them in 713 at-bats, so when he made contact against them he hit the ball over buildings, but he didn't make contact all that often.

Those 47 home runs might suggest that Howard wasn't without value against southpaws, and that's true. However, consider that Reed Johnson, a not particularly distinguished platoon player, has hit .311/.366/.459 lifetime against lefties. Josh Fields, a former first-round draft pick presently rotting in the Phillies system after hitting .234/.303/.421 with undistinguished defense at third from 2006 to 2010, was a career .293/.357/.600 hitter against left-hand pitching (and is presently hitting .382/.407/.482 against them at Lehigh Valley). The point is not that Fields should be in the major leagues, but that most right-handed hitters have such an inborn advantage against southpaws that it's not hard to find better production than Howard offered against lefties, even in his prime.

Howard's numbers against left-handers momentarily rebounded in 2010, although he gave back the production by having what was, by his standards, a weak season against right-handers:

Howard's career splits now stand at .224/.301/.426 against lefties, .295/.390/.606 against right-handers. The real question here is not Howard's lack of production against left-handers, but who the hell Ruben Amaro thinks he's fooling. It takes a lot of chutzpah to blame a player for not doing something that he has largely been incapable of doing for the entirety of his career. What Amaro is really asking Howard to do is to metamorphose into an entirely new and fundamentally different player at the age of 33. This is spectacularly unfair and unrealistic. 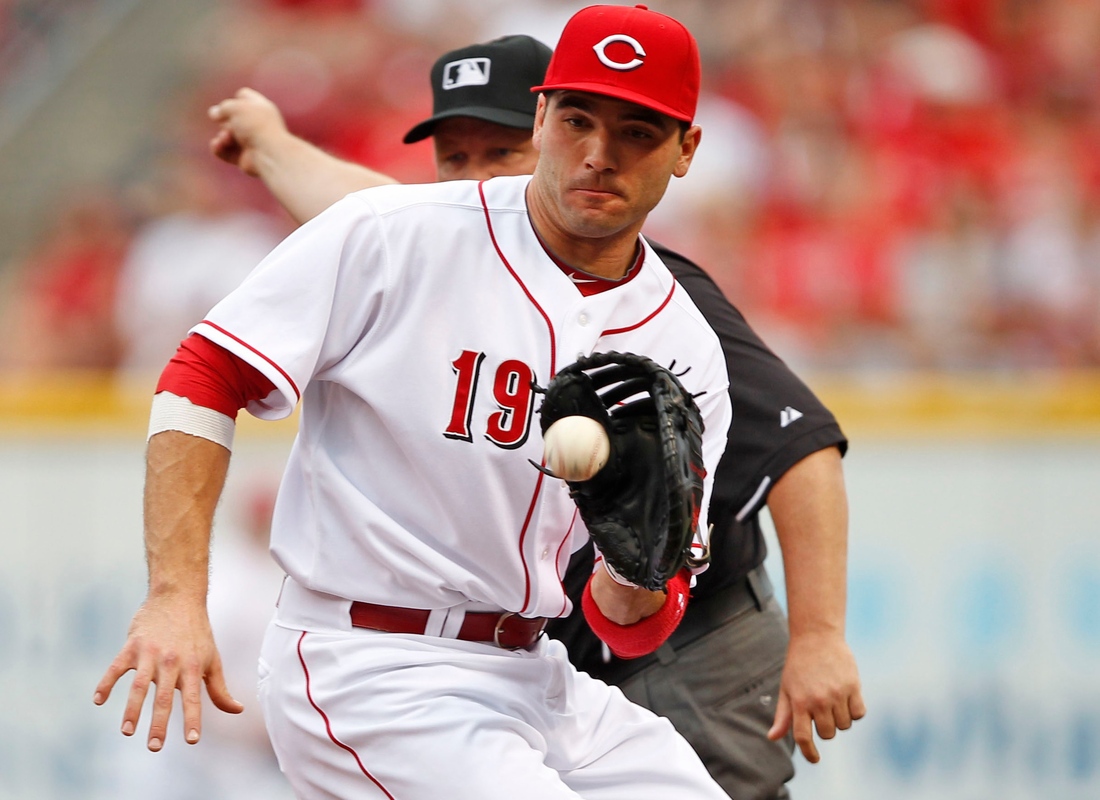 If Amaro wants a left-handed-hitting first baseman who doesn't have platoon issues and plays good defense, he can go exhume Mark Grace or see if the Reds are in the mood to trade him Joey Votto (suggestion: Work through Marty Brennaman). Otherwise, laddie, you're kind of stuck, and to pretend, like Claude Rains in "Casablanca" saying that he is shocked, shocked to find gambling going on in a casino, that Howard is a platoon player is either disingenuous or ignorant, take your pick.

No one (with the possible exception of team CEO David Montgomery) put a gun to Amaro's head and made him tack an extra five years onto Howard's contract. There is a reason that it's dangerous to sign a one-dimensional player into his baseball old age: that single positive might erode a bit, and then what you're left with is Howard, $20 million platoon guy/paperweight. Next year, he'll be a $25 million platoon guy/garden gnome, the year after a $25 million platoon guy/addition to Mt. Rushmore, and so on, until the end, when he will be a part-time first baseman, full-time imitator of Saint-Gaudens' "Grief."

The grief in question will mostly be Amaro's.

Maybe, if the Phillies are willing to pick up most of the cost and Howard is willing to be flexible with his no-trade protection, Amaro can turn Howard into someone else's platoon designated hitter at the trade deadline. In a consequence-free world he could be a real asset to a team like the Orioles, which has struggled to get production from that spot. Failing that, the Phillies will be stuck with the consequences of his contract, possibly for longer than they're stuck with Amaro himself.

No general manager is without his errors. Branch Rickey wasn't a great trader. Ed Barrow spent quite a bit of cash for a minor league second baseman named Jimmie Reese, who had a heck of a career -- as a coach. John Schuerholz and, yes, Amaro's predecessor Gillick had their share of clunkers. What they typically did not do is blame their players for their misjudgments. There was already plenty of reason to think that Amaro wasn't in their class as an executive, but this comment cinches the case.