Suspended? That was SO last year.

When Major League Baseball revealed the players who will grace Citi Field with their presence at this year's All-Star Game, there was no inclusion more shocking than that of Oakland A's right-hander Bartolo Colon. It's not that Colon, 40, isn't having a fine year -- the former Cy Young Award-winner is 11-3 with a 2.78 ERA (the latter figure fourth in the league), never walks anyone, and is clearly the top starter on a team that is bidding for the AL West title. He should be on the team, yet his inclusion is surprising because the Commissioner's office is widely perceived as having an unyielding, Ahab-like obsession with PED violators, and Colon wears the crimson T after testing positive for testosterone last August.

The mixed messaging from Major League Baseball is amazing. Intellectual confusion is such a tradition with the Commissioner that you might think it was almost a prerequisite for the job, but in this case it was perhaps inevitable because Colon has done so much to undermine the accepted narrative of performance-enhancing drugs, which is that they are, in fact, performance-enhancing. That this is not necessarily the case has always been obvious, but Major League Baseball has been cowed by lawmakers and self-appointed purists into embracing a stigma that simply should not exist.

The basic formulae, "Bad Hitter + Drugs = Home-Run Superman," or "Bad Pitcher + Drugs = Immortal-Bat-Throwing Vampire Roger Clemens" were always painfully simplistic and naïve. Hitting and pitching are far more complex athletic activities than running, cycling, or heaving a discus downfield. This has been obvious for, oh, about 100 years. Consider this exchange reported by Ring Lardner in 1927. He was talking to a group of old-timers that included the great Honus Wagner, Cubs outfield great Jimmy Sheckard, and St. Louis Browns manager Dan Howley:

"We were wondering," explained Bill, "what Honus, here, would have done to that ball they played with today."

"He couldn't have hit much farther than he hit the old one," I said, waving myself to a seat on the floor.

"How about me?" said Jim Sheckard.

"One ball will go as far as another if you miss it entirely," said Dan.

That last statement holds the key to the entire PED discussion as it pertains to baseball: If you don't hit the ball, it really doesn't matter what's in your body. This brings to mind Casey Stengel's comment about Dodgers reliever Mike Marshall: "They say he's educated and he throws strikes. But say you're educated and you don't throw strikes. Then they don't leave you in too long." You can claim all kinds of explanations for a player's performance, cite all kinds of external sources, or even internal ones, but the bottom line is you have to perform. Hormone supplements, equine steroids, monkey glands, Flintstones chewables, you name it, they all have their own impact on the human body*, but none of them can give a player Barry Bonds' eye at the plate or Bartolo Colon's command of his fastball.

*I have had steroids injected directly into my eye. I did not receive heat vision, X-ray vision, heat vision, telescopic vision, microscopic vision, or even vision vision. Most crucially, I at no point exhibited the ability to track a 100-mph fastball. Even if I had, the ability to hit it over tall buildings, a quality I have always conspicuously lacked even in batting cages, would not have been addressed. More than anything else it just hurt. A lot.

Put another way: Bartolo Colon on testosterone was a pretty good pitcher, albeit one with the physique of a La-Z Boy chair. Colon off of testosterone is an even better pitcher, and he still looks like a python who is concealing an undigested Pablo Sandoval in his gastrointestinal tract. If that's the case, what does it say about the efficacy of those banned substances? 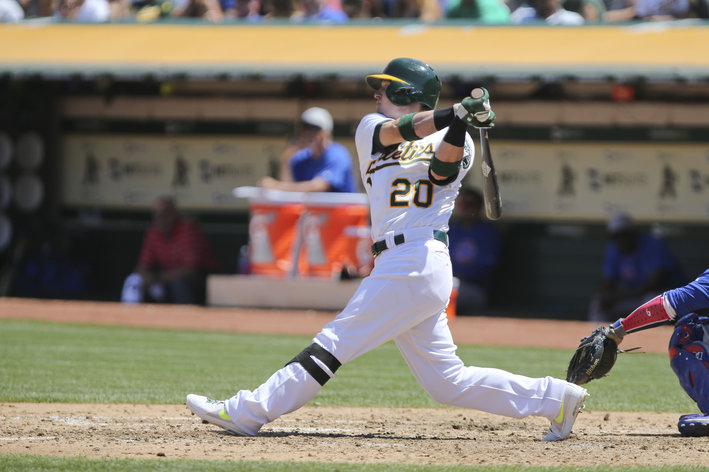 Jim Leyland didn't think the A's third baseman was worth an All-Star spot. What kind of injustice is this?

Now, some of you are no doubt saying, "He's still on something, they just haven't caught him yet." Well, maybe, but Bartolo Colon is not Lex Luthor. He's not mixing these things in his basement. For him to be on something would mean that he's found a new substance that is (a) not detectable, (b) actually works, and (c) is really, really fattening so that Colon can maintain his normal, Teddy-bear-like build, lulling us all into believing he is the rare juxtaposition of pitching god and couch potato when in actuality he is a workout-mad fiend who spends all his spare time on chemically-enhanced exercise binges which are specifically designed to hide his rippling muscles underneath a shimmering sheath of fat.*

*In the Spider-Man comics of my youth, whenever the obese Kingpin showed up, Spidey would make a fat joke and the Kingpin would inevitably be given a rejoinder along the lines of, "Fool! You mistake me for a chubbo when in actuality my appearance, which resembles that of a gigantic angry baby in a dinner jacket, conceals a body that is pure muscle. Like the sumo wrestler or the wild rhino of Sumatra, I have taken on this added girth to increase my mass!" Then the fight would stop and he and Spider-Man would discuss proper training and nutritional techniques by which one could achieve a similarly deceptive body profile while continuing to maintain cardiovascular fitness. At some point Daredevil would show up and they'd all be attacked by ninjas.

The truth is far less complex: Trust your eyes. What you're seeing is what you're seeing. Maybe Colon's testosterone helped his aged, ballooning body limber up for each start, or made it possible for him to walk out of the stadium under his own power afterwards, but so does aspirin. Maybe he's on something else now. Baseball has drawn a line that certain substances are beyond the pale, and thus Colon is legitimately a lawbreaker in the eyes of the sport. But don't for a minute forget how arbitrary that line is, or how uncertain they are of the effects. 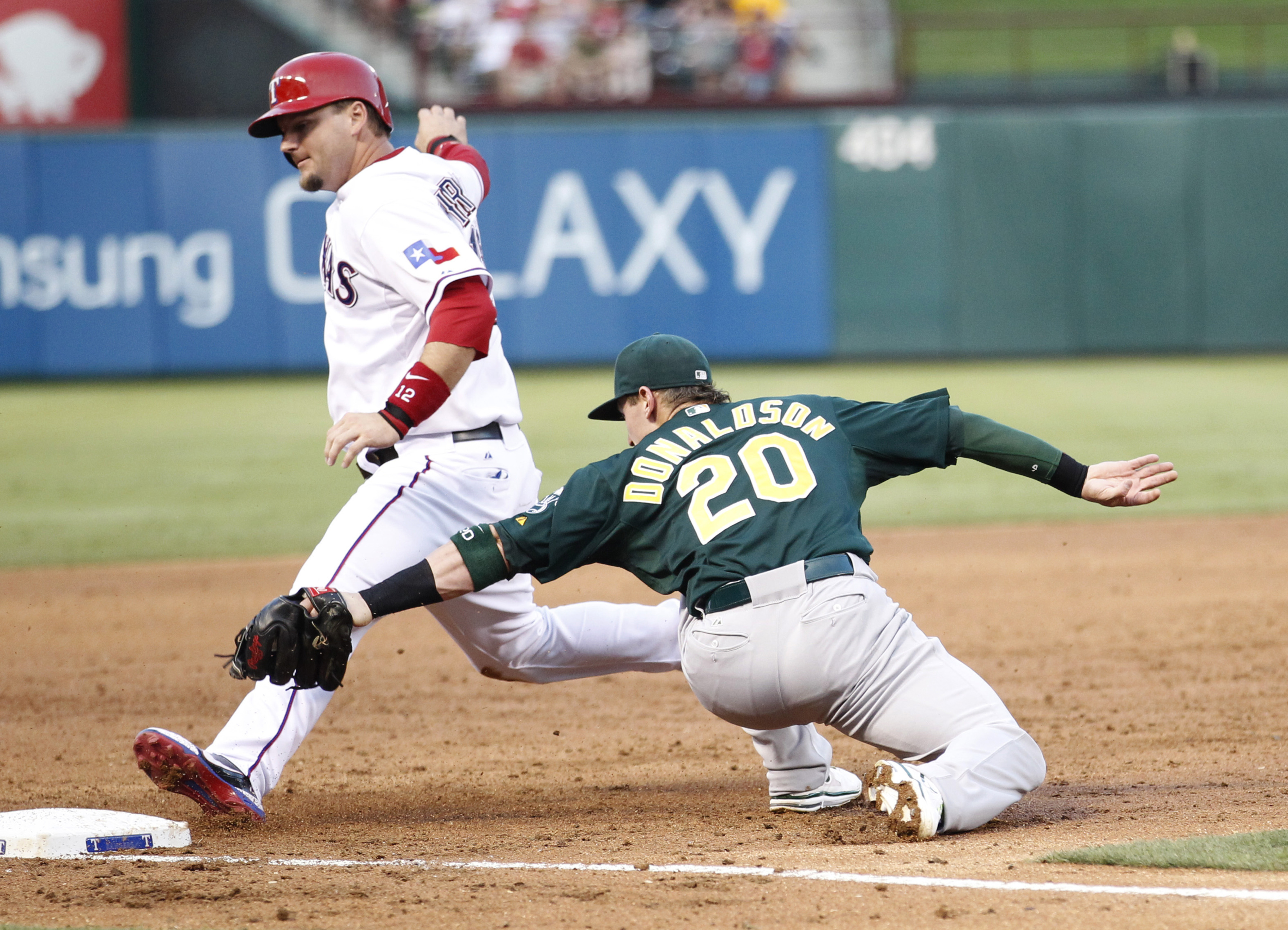 Let's go beyond "arbitrary" to "hypocritical," because just as Baseball cared little when there was ample evidence that Mark McGwire, Sammy Sosa, and pals were getting their muscles out of a can, the selection of Colon to the All-Star team, something they in no way were forced to do, means that the Commissioner's office has officially forgiven Colon his past trespasses and validated his current achievements. He is, officially, a star of the game. And don't wave the sad, "every team must be represented flag," because this year's Most-Stiffed by the Selections Award goes to Oakland third baseman Josh Donaldson.

Colon doesn't need to be at Citi Field, Baseball chose to put him there. He's served his time, he's all right, and baseball is all right with him. Remember that when, Ahab-like, they drown the game in Biogenesis nonsense sometime between now and the start of next season. Like the All-Star game itself, it's just a lot of show.