What good does it do baseball to have 20 men out?

You'd think the sanctity of the pennant races would matter more to Major League Baseball than retribution for some perceived or actual wrongdoing by individual players, but time and time again, Baseball has put other considerations ahead of the outcome of its championship season. I'm not sure who the Lords of the Game thought they were punishing -- other than the fans, that is -- when they reacted to the 13-day player strike that delayed the start of the 1972 season by simply wiping the lost games off the schedule, regardless of whether the teams would have an equal number of games. Resultantly, the Red Sox lost the American League East title to the Tigers by half a game.

The same arbitrary lack of care affected the weird split-season format decided upon in the aftermath of the 1981 strike, one that left the two National League teams with the best records, the Cardinals and Reds (who had the best record in all of baseball) out of the playoffs, as well as the 1994 decision to abort the remainder of the season and postseason, cowboy Bud Selig riding the fatal A-bomb groundward like some schlubby middle-aged version of Slim Pickens in "Dr. Strangelove," shouting that in order to save baseball he had to destroy it.

On Tuesday evening, ESPN reported that Ryan Bruan, Alex Rodriguez, and "as many as 20 players" could be suspended sometime after the All-Star break. As Mike Bates recently suggested in these pages, these decisions could have a serious impact on the races now unfolding in baseball's six divisions and could raise issues of basic fairness. To name but one example, the Brewers have 12 games to go against the Reds, but only nine against the Cardinals and six against the Pirates. Ryan Braun has already played 10 games against the Cards and hit .300, and nine against the Pirates and hit .351. He's played only three against the Reds and might only have time to get in a couple more before he disappears again. Thus the Reds would face a substantially weakened Brewers team, whereas their opponents had to win against a team that had the former MVP in its midst. Sure, the Pirates have lost only three game to the Braun-ified Brewers, but in a close race, winning that one extra game might against a softer opponent could, hypothetically, make all the difference.

Alternatively, the Washington Nationals, still very much alive in both the NL East and wild card races, would have a very serious hole blown in the side of their chances should Gio Gonzalez abruptly vanish. The Tigers and Rangers, both in tight races, would be similarly wounded by the suspensions of Nelson Cruz and Jhonny Peralta. The Yankees, as much as they might not want Alex Rodriguez to come back on the publicity or payroll side, have also gotten less production out of third base than any team in the American League and would find even the diminished version of Rodriguez who hit only .272/.353/.430 last year a major boost to their chances.

You might be tempted to say, "Hey, players disappear from the races all the time. We call that ‘injuries.'" Yes, injuries do happen, but those are, for want of a better term, acts of God. We have no control over when someone's hamstring is going to tear or their elbow explode. The timing of these penalties are purely discretionary. They can be administered at any time -- in the offseason, for example, when teams and their general managers can arrange adequate replacements for the banished players.

PED Puritanism: The Haunting fear that someone, somewhere, may be juicing 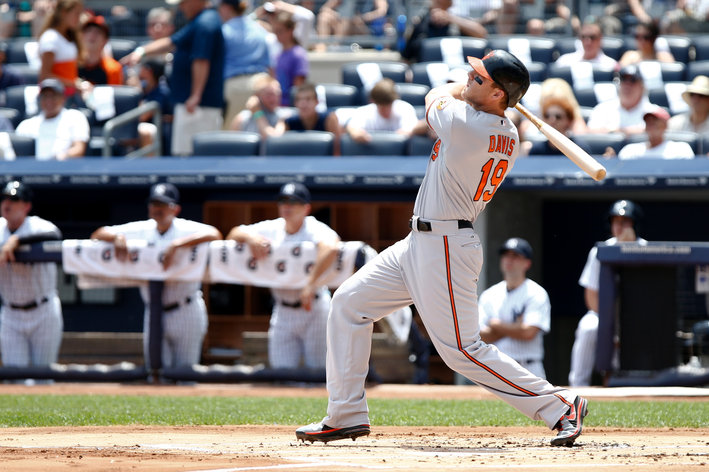 With apologies to H.L. Mencken, but not to Rick Reilly. Those who would portray themselves as guardians of the game are really out to destroy it by undermining faith in its integrity.

Players have been suspended during pennant races before, in ways that altered seasons. However, a mass suspension like the one apparently contemplated here has really only one appropriate precedent: the banishment of the eight Black Sox, not by Commissioner Landis after their acquittal by a Chicago jury, but by owner Charles Comiskey, who, in the absence of a functioning central authority in baseball, took it upon himself to suspend his own players as of September 27, 1920. The White Sox were then half a game behind the league-leading Indians with three games to play. Without Shoeless Joe Jackson, Hap Felsch, and the rest, they couldn't make it.

Surely that is not a memory Commissioner Selig wants to evoke at this late date, or at any time, during the remainder of his reign. No comparably severe betrayal of the fans has taken place that would allow for Major League Baseball to countenance its own betrayal in kind. Baseball's rules, its Joint Drug Agreement, have been broken, yes, but that is all -- despite the predominant narrative of PEDs and baseball, even if there is convincing proof that the players attempted or intended to cheat, there will never be any evidence that they actually succeeded in doing so.

In other words, the 2013 season remains honest in every way that matters -- for now.