We're back again to finish what we started. Whether you like it or not.

WrestleMania 32 takes place in Arlington, Tex. on Sunday -- which is, coincidentally, also Opening Day for MLB. Naturally, we set about to determine which professional wrestlers, past or present, would be represented by the current incarnations of the Major League Baseball teams. We get paid for this!

If you missed the first part of this thought experiment (lol like "thinking" is involved), you can click here to see which wrestlers we envisioned as the embodiment of American League teams. Please keep in mind that these comparisons are based on the current editions of each team.

The Atlanta Braves are Hulk Hogan

Just a few minutes ago, the Braves were an eternal playoff team. A legacy of excellence. The type of team that would make you grind your teeth about how damn GOOD they are. Whoops, you blinked and now they're sitting down to take one sock and shoe off in the middle of the game. WHAT ARE YOU DOING, BRAVES? Your ass used to be beautiful, man.

The Washington Nationals are Jeff Hardy

Everything was perfect. They had the most talented team in baseball and only got better. They didn't miss a beat. Dynamic, young, charismatic, unstoppable. Then all of a sudden their trailer exploded and they got arrested and they keep wanting to play you mp3s of their "band" but it just sounds like a dude who can't sing took a bunch of shrooms and hit the "DEMO" button on a Casio.

What was I talking about again?

The Philadelphia Phillies are the Honky Tonk Man

Remember how much the Phillies used to annoy you? Hoo boy, you HATED the Phillies! They were the worst! They had Shane Victorino and everything. Awful. And their fans! Woof. BUT have you thought about and/or REALLY hated the Phillies lately? No, of course not. Not worth hating any more. Not really worth getting worked up about much at all. In fact ... well heck, they're kind of endearing! 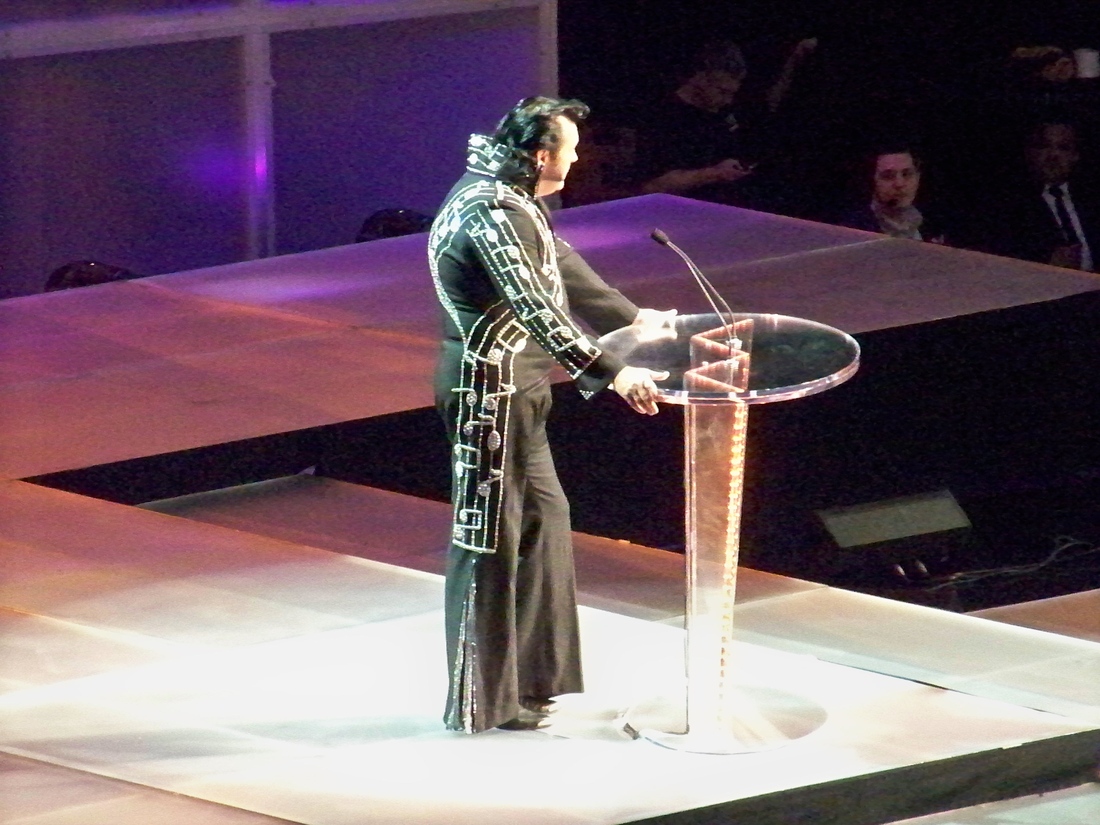 Which brings me to my point: the Honky Tonk Man was a joke for his entire career. A literal joke. He was HATED. Just absolutely DESPISED. He won his matches by cheating, or lost his matches by walking out. Finally, he was beaten by the Ultimate Warrior in 13 seconds to end the longest Intercontinental Championship reign in history. The real story of why he held the belt so long? He threatened Vince McMahon that he'd take the title to WCW if Vince made him lose it to Randy Savage. So he blackmailed his way into getting to remain a joke. Cut to 2013 and the WWE's official stance is that the Honky Tonk Man is the greatest Intercontinental Champion of all time. That is the company line. Fans love the Honky Tonk Man when he shows up because he's a "Legend."

I guess what I'm trying to say is that baseball is weird.

You may not know who Samoa Joe is, but for like five years he was tearing it up on the independent circuit, wrestling five-star matches against guys like CM Punk and Kenta Kobashi and completely defying what you think a fat guy is going to do in a wrestling ring. For years, the expectation of him getting a WWE deal was constant. The idea was that Samoa Joe was going to save a stagnant WWE singlehandedly.

Then he went to TNA.

He was successful in TNA for a while! He won the world title and everything! Then he quickly lost it. Shortly thereafter, he appeared to lose his passion for wrestling, started putting a tire skidmark on his face and entered into a feud with Scott Steiner that featured Samoa Joe wielding a machete and insinuating that he literally murdered Scott Steiner in a parking lot. He's just sort of been existing ever since. But hopes were so high. So high.

AND THEN. And then, Samoa Joe showed up in WWE's secondary promotion, NXT. It took a weird few months, but all of a sudden Samoa Joe is reinvigorated. He's the best damn performer in the world right now and everything he does is exciting. It's the epitome of promise fulfilled -- and exceeded -- several years after everyone thought it was gone forever.

Congrats, Mets fans. You're the Samoa Joe of baseball and everyone else is jealous as hell.

The Miami Marlins are King Barrett

I'M AFRAID I'VE GOT SOME BAD NEWS. The Marlins have a lot of talent, but an absolute garbage owner and front office. That's no news and it's no surprise at this point. If the Marlins were owned by anybody else, they'd probably be a lot of people's favorite teams.

That's sort of what happened with King Barrett. He's got all the talent and potential in the world, but the people who make the decisions just believed he fit best in a certain role and now he's become a bit of a joke. It doesn't mean we aren't still pulling for him a little bit.

Actually, this is a much happier story than the Marlins deserve.

The Pittsburgh Pirates are Mark Henry

Mark Henry had never wrestled before, but when "the World's Strongest Man" came to the WWE in 1996, Vince McMahon loved "legitimate athletes" so much that he signed the former Olympian to a 10-year contract. A TEN-YEAR CONTRACT. Mark Henry could barely wrestle and had no personality, so he moved around as "best friend/hired muscle" for a while before his most memorable storyline to that point: a sex addict who got an old lady pregnant. It's ... it's for the best that you don't hear how that turned out. 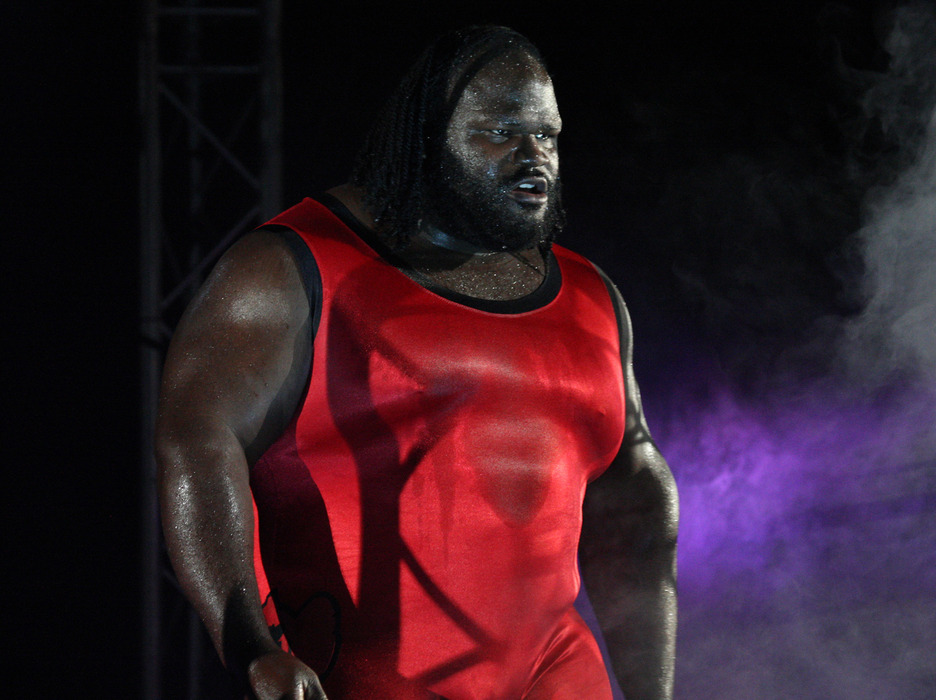 Toward the end of that 10-year contract, Mark got just good enough to earn a new long-term deal. So his 10 years have turned into nearly 20 at this point. But just a couple of years ago, he turned a corner from "good enough" to "absolutely incredible oh my goodness where did this come from." Which is where we find our long-suffering Pirates now. We're all rooting for the Pirates and we're all rooting for Mark Henry. Maybe we always were.

To most other people, John Cena is basically the worst thing ever. Sure, he's good. Sure, you've probably enjoyed lots of his matches and have thought he's cool at times (JUST ADMIT IT). Even though he had admittedly transformed himself into one of the best things in wrestling over the past couple of years and even though you miss him terrible when he's not around ... Everyone stop talking about how great he is. It's making us sick. Everyone shut up and stop it.

The Cincinnati Reds are Tommy Dreamer

Tommy Dreamer really tries as hard as he can. He really gives his heart and soul and blood and guts every single time he goes out there. That's why people love him. Because what you see is what you get. He's just a guy who loves the sport and leaves it all in the ring.

But in the end, he's just a fat guy wrestling in a T-shirt and has plastic pants with flames on the side.

The Chicago Cubs are Randy Orton

One of the all-time best. Deceptively great. And just a few months away from returning with a vengeance. 2016 might be the Cubs' year and it might be Randy Orton's year. We'll just have to wait and find out. 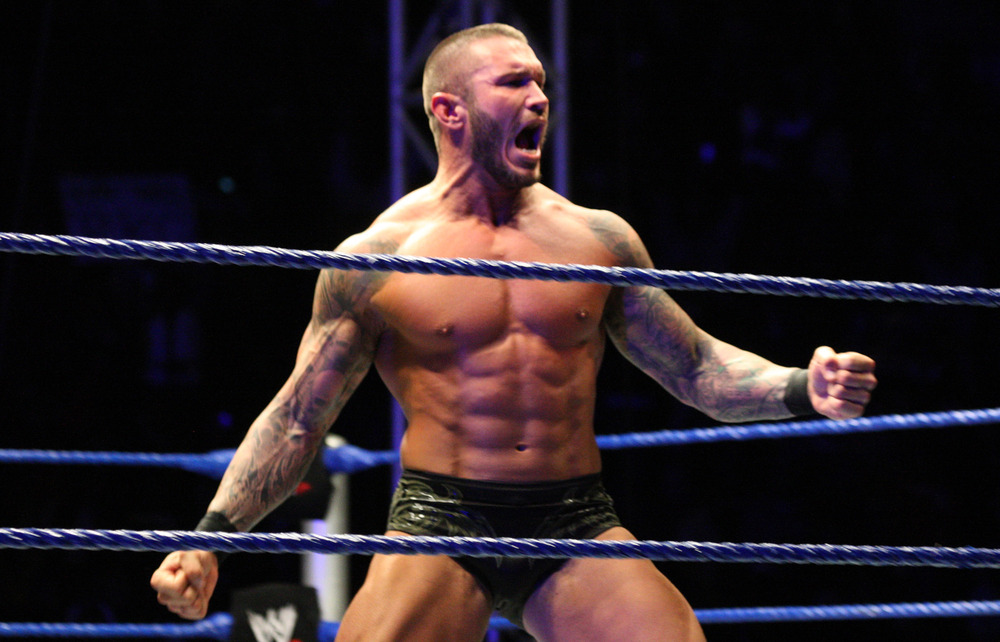 The Milwaukee Brewers are the Dudley Boyz

Hey, the Dudley Boyz! Everyone likes those guys! Classic, legendary team. Unforgettable memories and catch phrases. Good to see you, Dudley Boyz! We love you!

[under your breath] How long are they going to be there?

The Dodgers are one of the most recognizable icons in all of baseball and as time passes, they only get more powerful and unstoppable. By all rights both they should be done by now, but you can't kill either one. Evil owner using team as slush fund? $200 million trade doesn't pan out? It's fine. We've got this. In the World Series, look for the Dodgers to administer three swift crotch chops and a Pedigree to win Game 7.

The Arizona Diamondbacks are CM Punk

CM Punk, despite the fervent support of a rabid fan base, struggled for a very, very long time before almost accidentally setting the world on fire and enjoying a prolonged run of intense success. Now he's gone from wrestling forever. Will he be a success in MMA after a complete paradigm shift? Will he ever come back to WWE and return to glory? He's Schödinger's CM Punk.

And the Diamondbacks are perhaps the biggest question mark in all of baseball. They also have a nasty reputation for adhering to the unwritten rules and rubbing people the wrong way. Yep, that's CM Punk, all right.

The Colorado Rockies are Chris Jericho

Half the time, the Rockies look absolutely unbeatable. Their offense is off the charts. You think, "How can anybody beat this team?" Then they go on the road. And you think, "Oh. Okay."

When Chris Jericho is a bad guy, he's the absolute best thing in the entire world. It's a no-brainer. It's perfect. But whenever he returns to WWE (which is often), he almost always starts out as this "cool dad" good guy, and woof. He is just the Colorado Rockies of pro wrestling. If you catch my drift.

The San Diego Padres are R-Truth

Because you've just been reminded that both the Padres and R-Truth are very much still a thing. Still both quite active. Still both quite entertaining at times! If this is the first time you've thought about either one in the year 2016, our apologies.

Anything is possible. Both stories could end in tears. But the returning hero/villain sure looks like things are lining up nicely. The Giants should probably just watch out for The Authority. Or Dean Ambrose. Or I guess the Dodgers and the Diamondbacks.

It's going to be a fun season. Of wrestling, I mean.