MLB has already finished him, he just doesn't realize it yet.

Being banned from baseball for life puts one in a refined crowd. You join Shoeless Joe Jackson, Chick Gandil, and the rest of the Black Sox crowd, including the most likely innocent Buck Weaver, whose career had to die so that the Commissioner could make the point that clubhouse omerta does not apply when it comes to throwing baseball games. You are one with Benny Kauff, the "Ty Cobb of the Federal League" and a very fine player in the National League as well, who was thrown out for trafficking in stolen automobiles and dim rumors of involvement with the tainted World Series.

Being excommunicated with the game means you share a destiny with the Shuffler, Giants pitcher Phil Douglas, a hapless alcoholic who got drunk and wrote a letter to Cardinals outfielder Les Mann saying he was willing to tank a game. Mann, knowing what happened to Weaver when he kept guilty knowledge to himself, turned Douglas in. You are of the same ilk as Hal Chase and Heinie Zimmerman, never officially banned but not welcome either. Chase was the first real star of the New York Highlanders/Yankees, a slick-fielding first baseman who could hit a little, but he died alone, unloved, impoverished and malnourished because he not only tried to sell every game in which he played, he did his best to corrupt others as well. Zimmerman, holder of the 1912 NL batting title, spent the initial phase of his post-baseball existence deeply involved with the gangster Dutch Schultz, the kind of guy who would chastise a foe short of murder by rubbing syphilis-infected bandages in his eyes. It's a classy crowd. 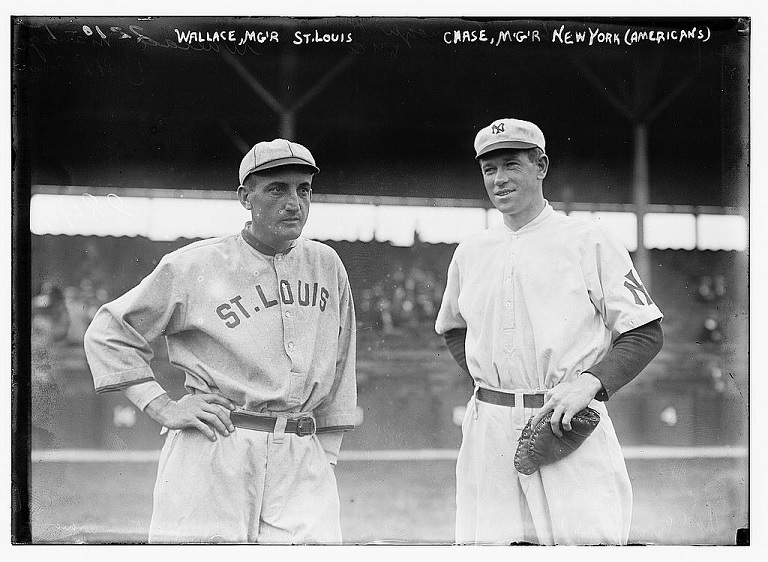 A lifetime expulsion gives you something in common with Steve Howe, the talented left-handed pitcher who destroyed himself with drugs, and George Steinbrenner, the Yankees owner, who was so obsessed with destroying his expensive right fielder, Dave Winfield, that he paid a gambler for information that might compromise Winfield. In both cases the "lifetime" part of the ban proved to be a misnomer, but the stain remains.

Being banned automatically enters you into kinship with Pete Rose, the player-manager who wrote his name in the lineup, day after day, so that he could claim the all-time hits record even though he was no longer an asset to his team. Before his insane, unthinking decision to bet on games, that was his first crime against baseball.

What to root for in the Alex Rodriguez and Biogenesis case

Because going back in time and stopping A-Rod's parents from meeting isn't an option. Yet.

The reported decision by Commissioner Selig and Major League Baseball to ban Alex Rodriguez for life should he not agree to a lengthy suspension that would, for all practical purposes, end his career, should be understood for what it is: a negotiating tactic. As Jon Heyman wrote on Thursday, "MLB's goal, as it is with the rest of the Biogenesis Nine, is to cut deals and put the ugliness behind them ASAP." In the Dr. Seuss version of The Guilty Crimes and Shameful Misdeeds of Alex Rodriguez, Bud Selig is offering two plates of green eggs and ham. Rodriguez is saying, "But I do not like green eggs and ham. Besides, they're treif." Selig points and says, "Look, either way this is what you're getting, but observe: one plate is smaller than the other."

In a larger sense, Selig and his cohort of ties, toupees, and other high-salaried executives in bespoke suits are making sure that regardless of Rodriguez's decision to take the transient ban or fight and risk lifetime expulsion, his reputation never again gets up off the floor. Hence the litany of banished ghosts above: By even floating the possibility of a lifetime ban, Major League Baseball is conjuring all of those associations. It's the really bad criminals who get the death penalty: the murderers, the perpetrators of war crimes, the terrorists. This is baseball's version of the death penalty, and the public will draw its own conclusions as to what a player must have done to merit that kind of sanction. In essence, they have ensured that Rodriguez dies not once, but at least twice, and probably many more times than that thereafter. Even if he accepts the limited suspension, he will always be the great player who plea-bargained his way out of Shoeless Joe/Pete Rose territory.

That's not to say that Rodriguez doesn't deserve a lifetime ban. If the rumors are true and Rodriguez not only violated the Joint Drug Agreement but tried to evade baseball's justice through the destruction of evidence or the intimidation of potential witnesses, he not only has broken MLB's rules and the Player Association's commitment to same, he has attempted to prevent the enforcement of same. That's not something that can be allowed to stand if the game, and the performance-enhancing drug regime in particular, is going to maintain its integrity. It is far worse than the actual crime which, if Rodriguez's performance record is any proof, came to nothing. 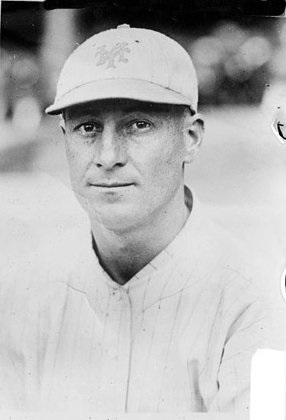 The Collective Bargaining Agreement between MLB and the Players Association confirms the Commissioner's power to discipline players "for conduct that is materially detrimental or materially prejudicial to the best interests of Baseball." It also admits the possibility that the Commissioner might act in matters "involving the preservation of the integrity of, or the maintenance of public confidence in, the game of baseball." Again, all depends on the evidence said to be in Baseball's possession. If Rodriguez attempted a cover-up, the situation would fit that description to the letter. It is possible that even if they don't have said evidence, the perception of Rodriguez now being fostered, is sufficient to create doubt that would threaten the integrity of the game. Kauff was acquitted of the stolen-car charges, but remained unwelcome anyway.

"Your mere presence in the lineup," said Commissioner Landis, "would inevitably burden patrons of the game with grave apprehension as to its integrity." Perhaps Landis meant that literally, or maybe he just meant, "Look, you'd be a distraction we really don't feel like dealing with." Both interpretations would seem to apply to Rodriguez, even if MLB itself was responsible for creating the "grave apprehension" about him in the first place. Maybe they didn't have to do this, perhaps there was another way, or maybe Rodriguez forced their hands. Either way, there is no restoring him now, even if he were somehow cleared tomorrow.

In the novel Shoeless Joe, later made into the film Field of Dreams, W.P. Kinsella imagined an afterlife in which ballplayers are forgiven. Regardless of their crimes in life, or their inevitable fade into less glorious occupations, disease, disability, and death, as ghosts they exist as their purest selves, the athletes they were in their early 20s. Regardless of what happens next, limited-time suspension or open-ended ban, Kinsella's magical version of Iowa is now Rodriguez's only hope to be what he was again. What he apparently hasn't realized is that the suspension doesn't matter: Baseball can't kill him because he's already dead.