The former Cardinals utilityman did not mince words in defense of Pujols, stating that Jack Clark is flat-out "wrong" in his PED allegations.

"What Jack is doing is wrong."

A Game of Word Association 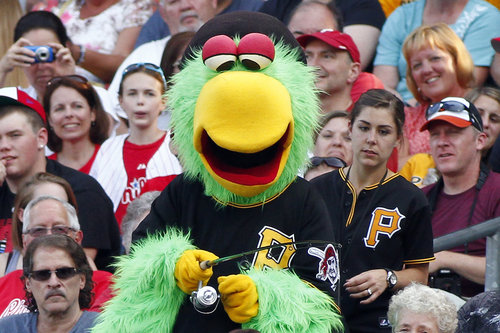 You hear a team's name, then something pops into your head. What is it?

Clark, whose 18-year MLB career included three seasons in St. Louis, caused a stir last week when he alleged on his new radio show that Albert Pujols' former trainer -- Chris Mihlfeld -- admitted to shooting up the slugger over a decade ago.

Mihlfeld has vehemently denied that any such conversation ever took place, and Pujols has threatened legal action against Clark and his (now former) employer. Though Clark was fired as a result of his comments, he has stood by his accusations.

Schumaker, 33, played with Pujols in St. Louis from 2005-2011, so he likely has a much better idea of what the three-time MVP has or hasn't done than Clark. While I suppose one could make the argument that he is just defending Pujols because they are friends, Schumaker has shown absolutely no regard for PED users in the past, so it doesn't make much sense for him to defend one while lambasting others.

Jack Clark accuses Albert Pujols, others of steroid use