There's a lot of season left, but it's a closer comparison than you might think.

Share All sharing options for: Comparing past Mike Trout to present Yasiel Puig

Here's the problem with any "The Next Mike Trout" style article. You can't -- in good conscience, anyway -- predict who the next Trout will be, because someone like Trout is so rare and so special, to be able to accomplish what he has in so short a time, that it's nigh impossible to see coming. Hell, Trout himself, while not coming out of nowhere, exactly, exceeded all expectations when he burst onto the scene in 2012, when he put up an MVP-caliber campaign thanks to his contributions at the plate, in the field, and on the bases.

So, don't take this to mean that Yasiel Puig is the same as Trout, or is the Next Mike Trout, or anything like that. It is worth discussing, though, that Puig's 2013, has, to this point, managed the unthinkable and matched up well with what Trout accomplished one year ago. Credit where it's due, and all that.

They aren't carbon copies by any means -- Trout is the better baserunner of the two, and while there are questions about how much truth exists in Trout's 2012 defensive numbers given they're all well down this season and can be wonky to begin with, he's likely a better defender, too. Puig is no slouch in the field, though, as he basically has a bazooka with a scope attachment for an arm, and has made his share of highly athletic and speed-fueled plays in the Dodgers outfield in his few months in the majors. Combine that with his bat, and you get a guy who has, in less than 40 percent of the season, put up somewhere between three and four wins above replacement, depending on your source of choice.

If Puig kept up the pace that Baseball-Reference has him at over the course of 162 games, he'd finish with around 10-11 wins. Trout, in his ridiculous rookie campaign, managed that value over the course of 139 contests -- the baserunning, which Trout excelled at to the point where it was meaningful in his value, is the real separator between the two, especially since Puig has been below-average in that regard. 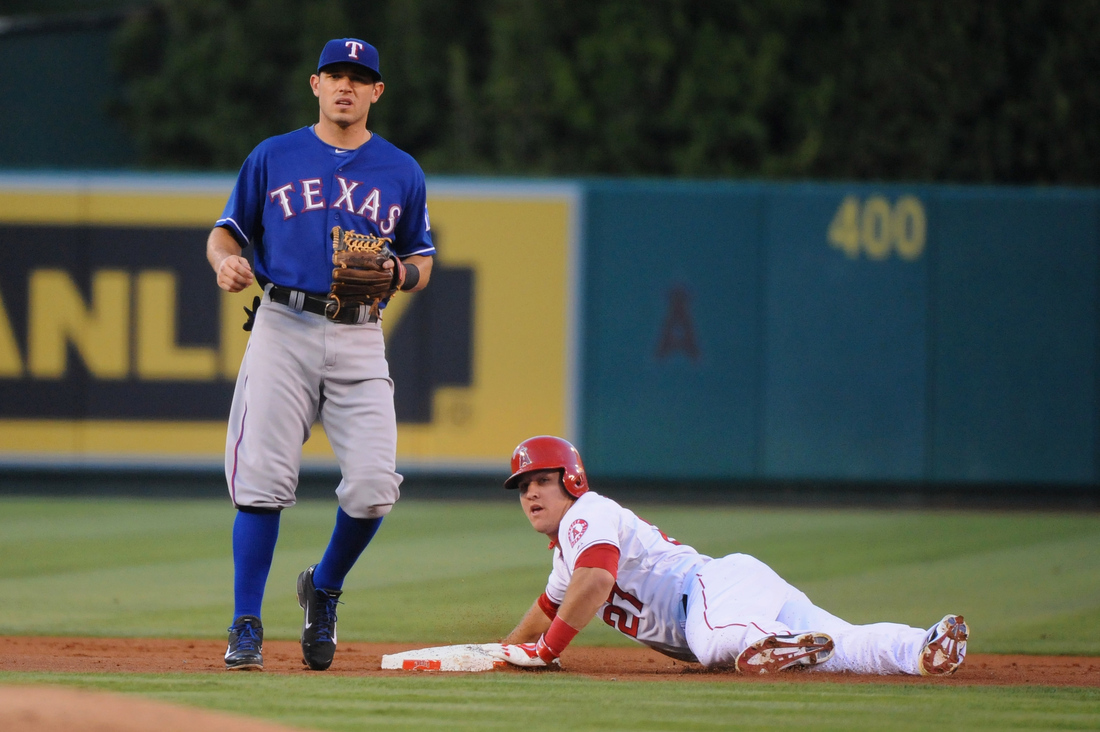 Offense is where the two match-up spectacularly. Puig, in 62 games and 266 plate appearances, owns a line of .373/.436/.589, with 11 homers and 27 extra-base hits. He's done this in a park that, like Trout's, isn't hitter-friendly, especially not for right-handed batters like Puig. To make comparing the pair's offense easier, we can use a number of stats that adjust for context like park, league, and competition. By OPS+, Puig is ahead, 188 to Trout's AL-leading 168 from 2012. Prefer FanGraphs' wRC+, which measures run production with a similar representation to OPS+? Puig is in the lead, 187 to 166. Perhaps you're a Baseball Prospectus fan, and you like your all-encompassing offensive stats to come on the batting average scale: True Average has Puig ever-so-slightly ahead, .358 to .357 -- these two are far closer, because TAv includes baserunning, and as mentioned, Trout blows Puig away here.

The sample is, of course, much smaller for Puig -- we're talking 62 games against 139. That's actually the most significant difference between the two at this point, as, while age is a factor -- Puig is 22 to Trout's 2012 age of 20 -- it's maybe not as large as it would be for your average comparison. Puig came over from Cuba, where there is a league that, while full of highly talented individuals like Puig, is somewhere in the low minors in terms of overall league quality compared to MLB. He had all of 63 games in the minors before his promotion to the majors, so it's not like he toiled for years refining his craft. The number is different, but like with Trout, Puig basically shot straight to the majors at his first realistic opportunity.

Puig deserves credit for adjusting so quickly to major-league competition despite his lack of development time, too: he has begun to walk more often of late, and, in a sign that the league believes his bat is a legitimate threat, he's started to see more intentional walks as well. This is a necessary evolution in his game, but the fact he's been able to make the change mid-season, without a long fall from grace forcing it, is commendable.

Triple Crown or no, Miguel Cabrera's 2013 is special 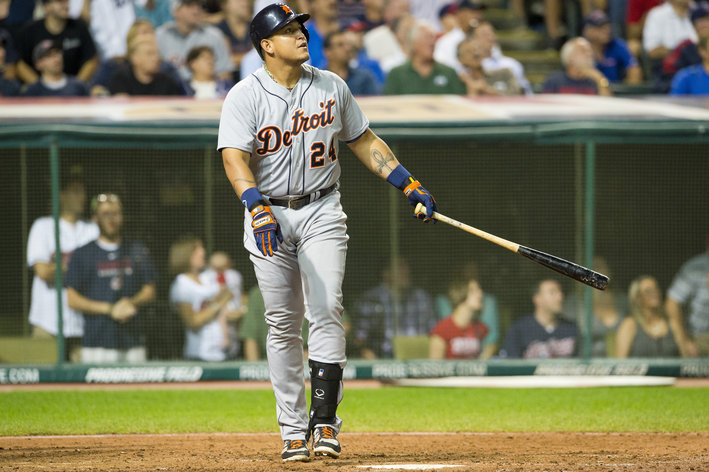 Cabrera doesn't need to win an MVP or secure a Triple Crown for his season to be historic.

Back to that sample size issue, though. That's the real difference, and it's why we can't say Puig is Trout, even if he's done a rather spot-on impersonation to this point. Trout not only has 2012 to point to to back up his excellence, but also his minor-league track record and a follow-up 2013 in which he's been even better at the plate, and is once again in the discussion for an MVP. If Puig finishes up 2013 as flawlessly as he started it, and then keeps on dominating the National League in ways we never saw coming when he was first signed in 2012, then we can talk about where these two actually compare, and where we were all wrong about expectations for him. That's not a story for today, though.

For now, simply appreciate that Puig has managed to thrive so well, even in limited time, in ways that approach what Trout accomplished in one of the most stunning rookie campaigns in history. Yasiel Puig is a huge part of the Dodgers, both now and in the future, and even if he never gets that Next Mike Trout article, he's going to be special.

• Goldman: Who should win the NL MVP award?

• The ridiculousness of MLB waivers