Houston's top pick in the 2013 Draft will likely make two more starts then sit out the rest of the season.

Share All sharing options for: Astros rumors: Top prospect Mark Appel will be shut down soon

The Houston Astros will likely shut down top prospect Mark Appel for the rest of the season after two more starts at Single-A, general manager Jeff Luhnow told Brian McTaggert of MLB.com on Tuesday.

Appel, the top pick in July's amateur draft, has thrown a combined 134⅓ innings between his senior year at Stanford and his first few professional starts, and Luhnow believes that the workload is starting to affect his performance:

"He didn’t say this, but he’s probably getting fatigued with the workload this year and all the intensity of being the first pick of the Draft and the expectations," Luhnow said.

What's the Matter with Prince? 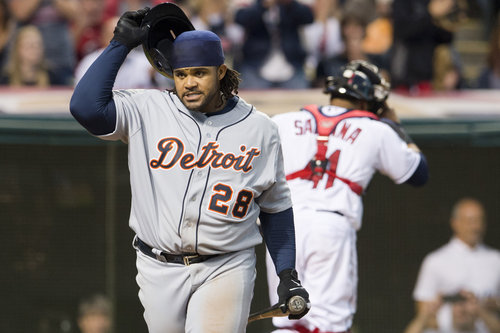 Nobody's really talking about it much because the Tigers are so good, but their highest-paid player isn't playing well this season.

Appel, 21, has made eight starts between Houston's Low-A and Single-A affiliates, posting a 4.50 earned-run average and nearly eight strikeouts per nine in 28 innings of work. The tall right-hander had a much more impressive 2.55 ERA going into his start on Monday, but proceeded to give up seven runs in just 3⅓ innings, increasing his ERA by nearly two full points.

The Astros had originally hoped that Appel would be able to get a few innings under his belt at Double-A before the season was out, but the right-hander will likely stay at Single-A Quad Cities for his final two starts of the year. He is scheduled to start again next Monday in Davenport, Iowa, where Luhnow will be in attendance.

Luhnow said earlier in the summer that he hadn't ruled Appel out for a spot on the Astros' Opening Day rotation next season. Given that Appel's first pro stint hasn't gone exactly as planned, it's unclear whether that is still a possibility.

Appel hasn't thrown more than five innings in any of his minor-league starts thus far, so he'll likely finish the year with around 145 innings on his valuable right arm.

• Goldman: Who should win the NL MVP award?

• The ridiculousness of MLB waivers