The owners are mulling whether to allow managers to initiate in-game challenges, a la the NFL.

MLB owners are considering a proposal that would potentially expand the uses of instant replay in 2014 and allow managers to initiate replay reviews, sources tell Ken Rosenthal of FOX Sports.

The proposal -- drawn up by former managers Joe Torre and Tony LaRussa, along with Braves president John Schuerholtz -- is expected to be presented to ownership in Cooperstown, NY, on Thursday. 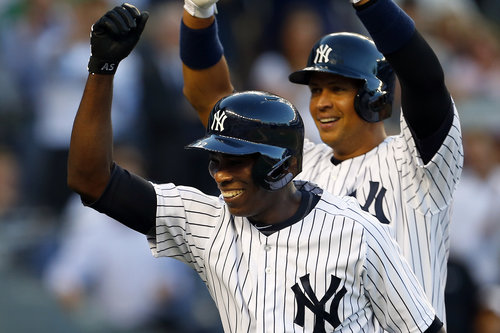 While the details of the proposal are likely to change as it makes its way through the ownership gauntlet, one scenario would allot each team one challenge between the first and sixth innings then two from the seventh inning onwards, per Rosenthal's sources.

It's still undecided whether this would eliminate umpire-initiated replays altogether, leaving things entirely up to the managers, or whether a failed challenge will result in fewer opportunities for challenges later in the game, as is the case in the NFL's system. There is also no indication of what sort of time limit the manager would have to throw the proverbial (or literal?) challenge flag.

In terms of when managers would get to use their challenges, the most recent labor agreement already gave the go ahead for replay to include fair/foul calls and balls "trapped" by fielders, but those rules are still awaiting agreement by the umpires' union. Additionally, the owners are weighing whether or not to include calls on the base paths. Certain calls, such balls and strikes, are likely to be deemed non-reviewable.

The current replay system allows for the review of only disputed home runs.

If ownership gives the proposal its approval, it would then have to move through both the players' and umpires' unions before it could be implemented.