Reportedly, A-Rod is the reason names like Ryan Braun's became public in the first place.

Alex Rodriguez has been suspended 211 games by Major League Baseball for his supposed affiliation with the defunct anti-aging clinic Biogenesis, but before that, his camp reportedly leaked information to implicate other suspended players such as Ryan Braun, according to "60 Minutes." 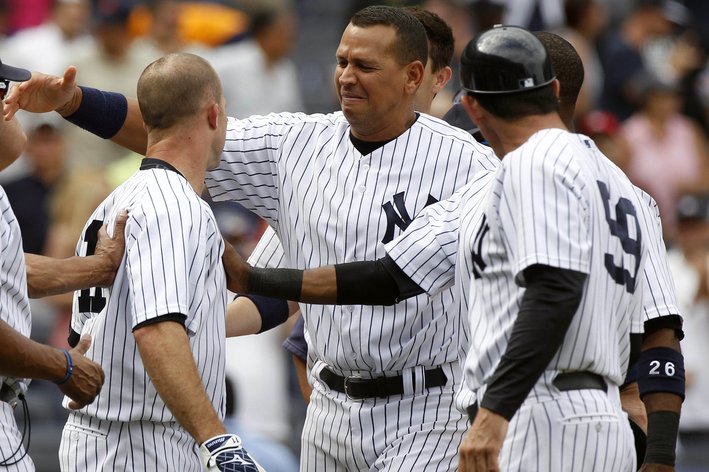 It's not Alex Rodriguez's job to seem or be human, which is a good thing for him, because he would not be very good at his job if it were.

In the Miami Times' documents that started the entire Biogenesis scandal back in January, the names of Ryan Braun and A-Rod's teammate, Francisco Cervelli, had been redacted. A-Rod's camp, though, provided Yahoo! Sports with unredacted versions of the forms that included both of their names, as well as that of Blue Jays outfielder Melky Cabrera, and former pither Cesar Carillo. The Orioles' Danny Valencia was also included, but he was actually cleared by MLB later on.

"The allegations are untrue and are another attempt to harm Alex -- this time by driving a wedge between Alex and other players in the game. While Alex focuses on baseball and repeatedly states that he is going to respect the appeal process, the drumbeat of false allegations continues."

It's potentially bad news for A-Rod if MLB can prove that this occurred, as it lends credence to their argument that the Yankees' third baseman acquired Biogenesis documents on his own and sought to interfere with Major League Baseball's investigation. If A-Rod's camp indeed leaked the names, it's in violation of the collective bargaining agreement, which requires that player names be submitted to the commissioner's office or the Players' Association first.

Michael Weiner and the Players' Association have not yet responded to these claims, but if A-Rod's camp went out of its way to violate the terms of the CBA and ignore the rights of his fellow union members, one wonders what the fallout will be in terms of their support of his suspension appeal.