Congratulations! You've won a new car, and you get to choose which model you'd like: A brand-new Porsche Boxster (available in any color), or a 1972 AMC Gremlin in jolly green with worn seats with springs that will continually poke you in the back.

You chose the Porsche, right? If you didn't... Well, you should probably seek medical attention, because something's not quite right. When choosing between luxury car and lemon, there is such a huge disparity it should be easy to make the right choice.

But some of life's decisions aren't as simple as picking Porterhouses over cold cuts; when things are nearly identical, we're left to make value judgments based on subjective preferences. In that process, we often obsess over the nuances until we think we've found a clear winner even when there really is no wrong answer.

Picking the National League Cy Young this season will be a lot like the decision in the case of Porsche v. Gremlin, as Clayton Kershaw has put a headlock on the award, with Matt Harvey coming in a distant second. When the voting is finished, checking the ballots will just be a formality, a tool for determining by what magnitude Kershaw outpitched the competition this season.

The American League, however, is going to be a lot murkier. There is still a little over a month of games left before the Cy Young winner is determined, but what many would have you believe is a two-man race between Max Scherzer and Felix Hernandez is actually more like a four- or five-man race, depending on which of the wide variety of pitching metrics you choose to consult.

While the voting contingent isn't often praised for their reliance on cutting-edge statistics or forward thinking, the pack is tight enough that there's a chance that the pitching performances of the next month continue to blur the lines in voting and force the pundits to go beyond their comfort zone of earned run averages and wins.  In a season where there's a chance that a clear winner doesn't emerge, it's at least worth considering all of the options.

It's probably best to go ahead and get ERA out of the way, because even though it's not the most useful measure of evaluating a pitcher's performance, omitting factors such as park and league environment and defensive support, it's still going to be a factor that the decision-makers consider. Though Scherzer seems to be the clear favorite for the award, he ranks sixth in ERA at 2.82.

The ERA leader board does reveal the two other names that are mostly likely to give Scherzer and Hernandez the toughest competition for the award: the Rangers righty Yu Darvish and White Sox lefty Chris Sale, both of whom are having seasons just as good as the favorites, yet don't seem to be garnering quite as much attention as the front-runners just yet. To get a better picture of overall performance, let's turn to a statistic that takes into account environment and defensive support, wins above replacement.

If the Cy Young were decided based on WAR alone, Sale would win the award, something which will come as a surprise to some given that his success this season has been overshadowed by the White Sox' failures. In just his second season as a starter, Sale has pitched 165 innings and four complete games. His park- and league- adjusted ERA (ERA+) is 156, good for fourth in the majors, and his opponents are hitting .228/.280/.335 against him. Sale has been absolutely embarrassing left-handed hitters this season, holding them to .146/.216/.163 rates with just two extra base hits.

But WAR won't be enough for Sale to win, because his 9-11 record is really a non-starter when it comes to conversations about elite pitchers this season. Sure, many voters will recognize Sale as a talented pitcher with a filthy slider, but without a better record, it's going to be very difficult for him to gain much traction among the traditionalist faction. Sure, Hernandez managed to win the 2010 award with a 13-12 record, and relievers have won the award with a losing record (Eric Gagne was 2-3 in 2003), but it seems unlikely that voters would be unwilling to overlook (say) a 10-12 record by a starter.

The pitcher with the best strikeout percentage in the AL is not Scherzer or Hernandez; it's Yu Darvish. If the Cy Young voting results were dictated by making hitters look bad, Darvish would be the runaway winner. Darvish's endless arsenal of  pitches has allowed him to amass 214 strikeouts (the most in the majors), and his 33.2 percent strikeout percentage is the best in the American League by a considerable margin. Darvish ranks third in the American League in ERA+, he's held batters to .189/.265/.324, and he's nearly no-hit the Houston Astros twice this season.

Much like Sale, however, unless Darvish has an amazing September, it seems unlikely that he'll be a front-runner when it comes to the final vote. But for those who salivate over strikeouts, pitch selection, and overall ability, there's no one in the leagues quite on the same plane as Darvish.

Voters probably won't be looking at Fielding Independent Pitching (FIP) before casting their vote. FIP measures what a pitcher's ERA would look like after stripping away some of the things that a pitcher has minimal control over, like the outcomes of balls in play, by focusing on the things they can control, like strikeouts, walks, hit by pitches, and home runs.

Using FIP actually helps strengthen the case for Hernandez and Scherzer as the two-main contenders, but it also brings Anibal Sanchez and Derek Holland into the mix, both of whom seem like long-shots in the Cy Young discussion, since there are so many choices this season.

I'm not advocating that innings pitched should be part of the Cy Young decision-making process, but it's inevitably going to be something that voters consider. As such, it's at least worth looking at the current leaders, even if there's nothing revelatory to say about them. There's still a month left to play so the innings pitched leaders may change, but while innings pitched isn't really a great measure of anything more than the number of times that a toe touched the rubber, some voters will insist that it's a signifier of dominance and stamina. Innings pitched is the sort of stat that voters will cite in their justification for their vote only if the guy they voted for pitched the most innings. It's the type of stat that won't necessarily hurt a pitcher, but can be used to prop the winner up, even though it is superfluous. 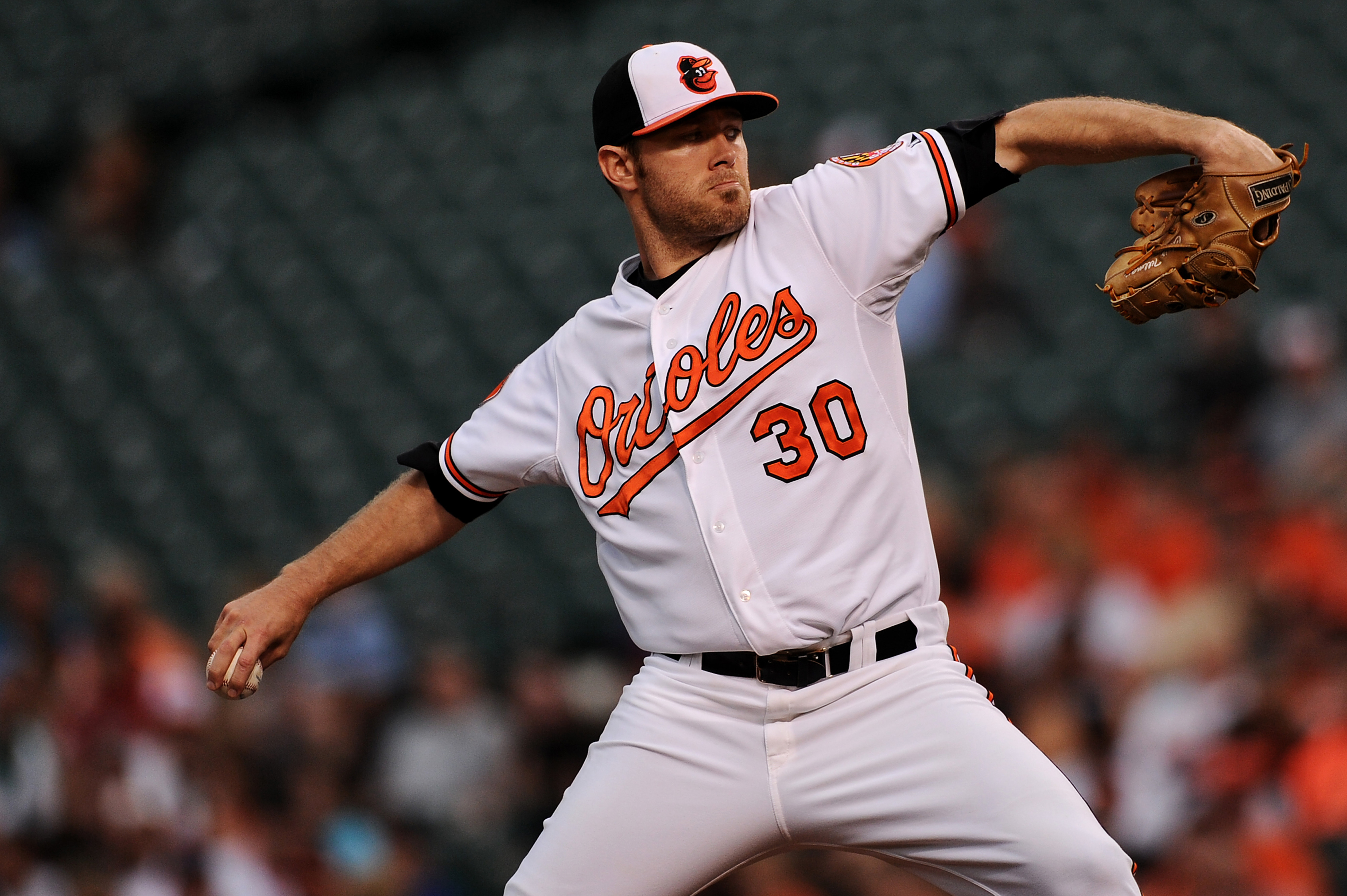 Looking at all of the different metrics and arriving at a different winner for each one is an interesting exercise in discovering just how good pitchers have been around the league, but in truth, it's probably futile given that the pitcher with the most wins is often in the winner.

Like it or not, wins are the litmus test for most Cy Young voters, and it's the reason that Scherzer will almost certainly win the award. Scherzer is currently 18-1, and there's a possibility that he ends the season with a 23-2 record or even better. That's going to be too much for most voters to look past when making their decision. While you don't have to look much beyond the chart above of the pitchers with the most wins (Chris Tillman is second!) to understand why that logic is extremely flawed, where the voting is concerned, it's the same as it ever was.

For a starting pitcher, wins are a mark that certain basic conditions have been met: He pitched at least five innings, left the game with a lead, and his team went on to win the game. What they don't tell you is if he left leading 1-0 or 14-13, whether he struck out 12 or none, or if batters were hitting weak grounders and gentle fly balls or if they were blasting cannon shots that were stopped by acrobatic fielders.

Christopher Lane and Our National Pastime 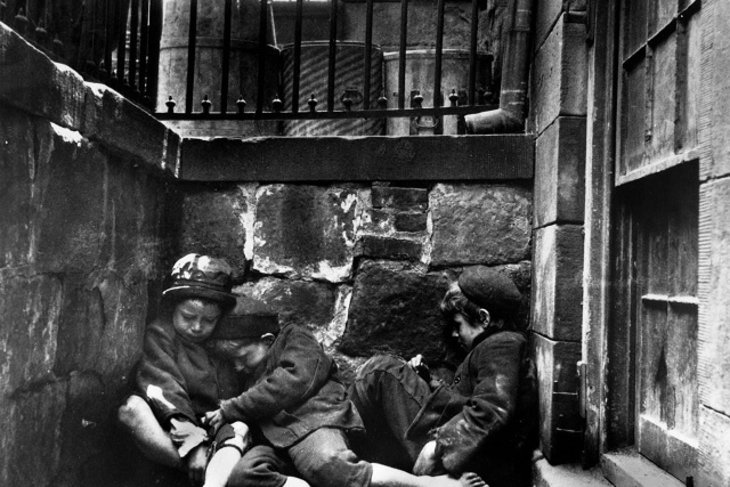 He came to play baseball. In Duncan, Oklahoma, he found something far worse.

In Scherzer's case, wins omit the fact that he has received six runs of offensive support per game, the most in baseball. Sale has received exactly half as much; everyone else is somewhere in between. The AL average is 4.4. Kuroda has gotten just 3.2 runs per game, Darvish 4.7, Moore and Tillman 5.5. When it comes to wins, they are less a measure of a pitcher's worth and more of  who he picks (or his general manager picks) to hang out with.

Now, it's not automatic that the pitcher with the most wins will take the award; in fact, in the past 10 seasons, 50 percent of the time the winner hasn't had the best record, but aside from Felix Hernandez' win in 2010 with a 13-12 record, the win-loss records have been so clustered together that it's been a one or two win difference in most instances. In 2004, Johan Santana won even though he had one less win than Curt Schilling, but Santana's ERA+ was also 34 points higher than the rest of the competition. In 2007, in a race that was down to C.C. Sabathia and Josh Beckett, Sabathia was victorious, even though his 19-7 record wasn't as good as Beckett's 20-7.

The voters haven't shown a consistent ability to think outside of the box on this stuff, and that's why despite having the best WAR, Sale won't win because his record is too tarnished when compared with Scherzer's. It's the same reason that Darvish's strikeout percentage won't carry as much weight as Hernandez' innings pitched or his ERA. You would think that just as voters understood  that Hernandez's 2010 won-lost record did not tell an accurate story about his season, making him seem worse than he actually was, they could understand that Scherzer's record might tell a similar story, only from the opposite side of the spectrum, exaggerating his prowess where Hernandez's was minimized.

This may be one of those seasons, however, where the pitchers are so closely matched in ability that we can hardly fault the voters for the final decision. But the benefit of a tightly contested race is that maybe it opens the possibility for more discussion about pitchers should be evaluated-and maybe that's more important than who actually wins the award.

• Pirates "have some interest" in Justin Morneau

• Video: The strongest beards in sports