Criticizing Puig: Get what you want, lose what you had

Yasiel Puig's critics want him to master the finer points of playing in the majors now on that theory that he might cost the Dodgers a playoff series they wouldn't have reached without him. Puig is far from perfect, but he is the latest in a long line of flawed winners, and that last part is all that matters.

Share All sharing options for: Criticizing Puig: Get what you want, lose what you had

The outfielder was 27 that year, but emotionally he was much younger. He had always had a problem with self-control. He was so undisciplined that at seven years old his parents had apparently decided that there was no hope for him and abandoned him to a combination reform school and orphanage. While there he mastered the art of playing baseball, but never quite mastered himself. He was an ill-mannered slob, but he could play and that was enough. Whatever trouble he got in, that was usually enough to get him out. If he was pulled over for speeding on the way to the ballpark, all he had to do was grin at the cop and offer an autograph and he would get a police escort the rest of the way.

It was easy for him to think he was above it all, but that year life decided it was finally time for him to be humbled, to relearn the lesson he was supposed to have taken to heart when his parents rejected him. First he got in trouble with the league, bucked the commissioner, and lost; he was suspended for the first 40 games of the season. A week after returning, cold at the plate, resentful and bitter, he was called out on a stolen base attempt and reacted by throwing dirt on the umpire. As he stomped off the field after the inevitable ejection, a fan heckled him from the stands. He went in after him. When the heckler fled, the outfielder stood on the dugout roof and dared anyone in the crowd to come down and fight him. The league president fined him, suspended him for a game, and stripped him of the team captaincy he had recently been given as an inducement towards good behavior.

A month later he went after another umpire, running all the way in from left field to argue a call at second base. The language he used was so offensive he was given suspension number three. When he learned of the suspension, he confronted the umpire, threatening him physically. "I don't care if they put me out of baseball for life," he said. The suspension was doubled to six days. Call that number four. Things were quiet for a while after that -- about a month later he punched out his own first baseman; neither the club nor league took any action -- but late in the season the outfielder was ejected for arguing a called third strike and by now it was automatic: the league suspended him for the fifth time, costing him another three games.

That winter, a popular politician stood up at a dinner in the outfielder's honor and called upon him to reform his behavior because he had a duty to the boys of America, asking, "Are you going to keep letting those little kids down?" The outfielder wept openly and promised to change his ways. 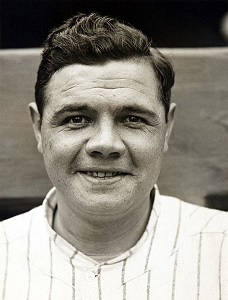 By now, most of you have long-since twigged to the fact that the outfielder in question was Babe Ruth. The year was 1922. He was playing in his ninth season in the big leagues, but, as his nickname suggests, he was still very much the problem child he had always been. This discussion doesn't include half the things he did, like challenging his Boston Red Sox manager, Ed Barrow, to a fight, or dangling diminutive Yankees manager Miller Huggins off the back of a moving train. Criticism in the papers was intense, with some writers suggesting that Ruth was purposely tanking his season so he wouldn't have to try to top his 59-homer season of the year before. Some undoubtedly argued that, as good as Ruth was at times, the Yankees should teach him a lesson by sending him packing. No doubt at times the Yankees were tempted -- certainly they rid themselves of him the first instant he slipped, though that moment wouldn't come for another dozen years. "Ruth has the mentality," said Yankees owner Jacob Ruppert, "of a boy of 15."

Ruth did rein himself in a little bit after that terrible year, but it took the passage of years, as well as divorce and remarriage, before he really got himself under control -- and even then he was a complete pain in the ass to deal with. As Ruth himself put it, "I was a babe and a boob." As good a player as he was, he even sometimes screwed up in a big situation: Game 7 of the 1926 World Series, the Yankees trailing 3-2 with two outs in the bottom of the ninth. Ruth walked, attempted to steal second on the first pitch to the next batter, was "out a mile," Series over. Ruth's rationale: "I wasn't doing any [expletive] good on first base." 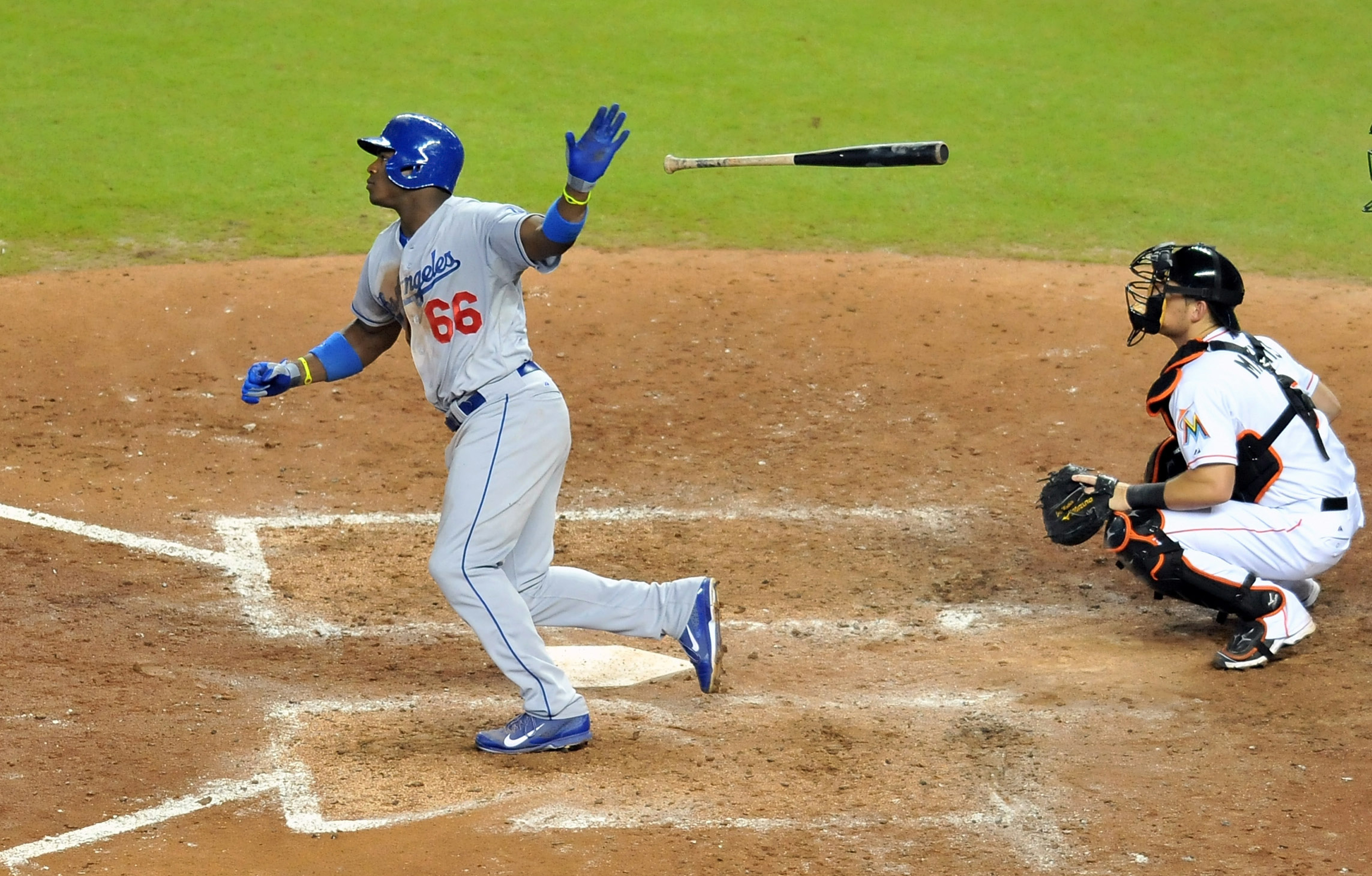 If any of this sounds reminds you of the baleful warnings regarding Yasiel Puig from the likes of Scott Miller, you're right. "You can see it coming from here to the autumn leaves. Crowd screaming. National television cameras blazing. Game 4 ... or 5 ... or 6 of the playoffs. And Yasiel Puig runs into an out, overthrows a cutoff man, commits some egregious mistake that costs the Dodgers the game. Maybe even costs them the playoffs."

To which Babe Ruth might reply, "So what? I got you there, didn't I?" As Mike Bates observed in a piece we published yesterday, this is a team that was 23-32 when Puig was called up, 51-20 since. That doesn't happen without Puig, regardless of whether he comports himself like a repressed librarian or a heroin-addicted rhinoceros who gets his kicks by stampeding the last heat at the drunken Dadaist roller derby (I am picturing that as something like bird- and lobster-headed women ill-balanced on wheels while failing to keep their glasses of absinthe from sloshing onto the track, but you might see it differently -- that's the good thing about Dada). If the price the Dodgers pay for his exuberance is a quick exit from the playoffs, so be it -- you live by the Puig, you die by the Puig.

Ted Williams didn't always run out ground balls. He spit at fans who booed him and cursed off hecklers in the left-field stands. Once he threw his bat in anger after striking out. It flew into the stands and struck a woman. He practiced his swing in the outfield instead of watching the batter. In his sophomore season his own general manager suggested one of his teammates should punch him in the nose. That same year he gave an interview in which he said he hated Boston, hated Boston fans, and wanted to be traded. He threatened to fight sportswriters. He loved to play, or at least loved to hit -- see his joyous romp around the bases in the 1941 All-Star Game for evidence of that -- but in many ways he was a sullen version of Puig who never did outgrow his flaws. He was 38 years old when the bat-throwing incident occurred. 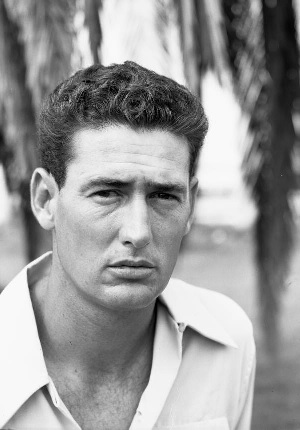 And, oh yeah, he reached base more often than any player in history. Between 1918 and 1967 the Red Sox went to exactly one World Series, and Williams was on that time. They also finished second five times during Williams' career. No one today would argue they would have finished first without him. They wouldn't have -- they would have finished sixth. But the writers did argue that back then, often. They should have been ashamed. They would be now.

There's a line in an old Bob Dylan song:

Maybe Puig isn't "Him" either, isn't Ruth, isn't Williams. Perhaps he'll prove to be a flash in the pan, and after this season we won't care about him for very much longer. If that's the case, his flaws will overwhelm him and chase him out of the bigs. The game tends to take care of itself that way.

But that's a problem for the future. Right now the Dodgers are too busy winning with and because of Puig to worry about saving themselves from him. No doubt they are saying, "If this is what a bad ballplayer looks like, please, give us more bad ballplayers." Were the Dodgers to become as myopic as some of the concern trolls now criticizing Puig and start up with punitive benchings and remedial lessons, it would be the most masochistic act by a baseball team since Ruben Amaro proffered Ryan Howard a contract extension so one-sided it made the purchase of Manhattan for $24 in junk jewelry look like a canny deal for the natives. Whenever a team messes with success, it risks invoking the universe's cruel punishment for hubris, which can be roughly stated as "Got what you wanted, lost what you had."

The Dodgers can destroy their season by messing with Puig, can teach him exactly what winning is worth by demonstrating that winning is worth less than gratifying the tiny manhoods of those who prefer doing things in their anal little way instead of accepting their good fortune. The Yankees once benched Don Mattingly, a consummate gamer and their best player by far, because his hair was too long. Ask him what that taught him about the team's priorities. Mattingly, by the way, was arrested during the 1985 season for indecent behavior -- urinating on the street. He was 24 years old. He won the AL Most Valuable Player award that fall.

During the Civil War, there were critics of General Grant's who wanted him benched. They didn't like his tactics. They disapproved of his drinking. They were skeptical of his beard. President Lincoln had a simple answer for them: "I can't spare this man. He fights." The Dodgers can't spare this man. He wins. Considering his response to Ted Williams' idiosyncrasies, Red Sox manager Joe McCarthy said that only an idiot can't get along with a .400 hitter. Similarly, only an idiot looks at a .350-hitting slugger and sees only the things he can't or doesn't do.

It's a safe bet that the Dodgers, who know exactly how far they have come in 10 short weeks, are not nearly so stupid. Puig's flaws are a problem for the future. For now, they have a division to win.

• Longform: The rise of roller derby