The league has finally dropped the ban hammer on remaining players involved in the Biogenesis scandal.

Major League Baseball has announced the suspensions of 13 players for drug violations stemming from their involvement with the Biogenesis PED clinic, the league announced.

With his 211-game suspension, Yankees third baseman Alex Rodriguez received the harshest punishment from the league, but the 12 other MLB players will also be spending a fair amount of time on the sidelines. Rangers outfielder Nelson Cruz, Tigers shortstop Jhonny Peralta, Yankees catcher Francisco Cervelli and Padres shortstop Everth Cabrera have all accepted 50-game suspensions, which should allow them to return for the postseason if their respective teams make it that far.

In addition, another five minor-league players -- three of whom are on a 40-man roster -- have been suspended for 50 games. They are Jesus Montero, Fernando Martinez, Cesar Puello, Jordan Norberto and Fautino De Los Santos. Norberto and De Los Santos are currently free agents. 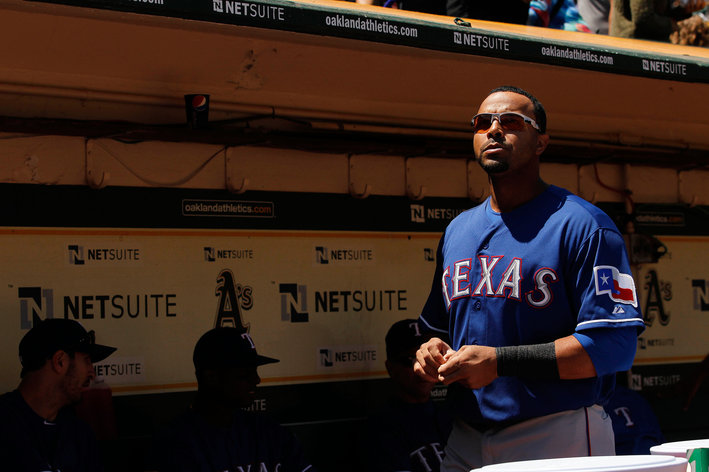 The suspension of this pair could have a significant effect on the American League playoff race.

Including Brewers outfielder Ryan Braun (65 games) and minor leaguer Cesar Carrillo (100 games), the league has now suspended 15 players for their involvement with the South Florida clinic since Tim Elfrink of the Miami New Times first broke the story at the end of January.

The league was incredibly persistent in its search for damning evidence to bring down players implicated in the PED scandal. After failing to procure the original clinic records through a variety of avenues, the league filed a lawsuit against Biogenesis director Anthony Bosch. The suit prompted Bosch to cut a deal with the league in which his full testimony would save him from further litigation (and earn him some money), according to T.J. Quinn, Pedro Gomez, and Mike Fish of ESPN.

Bosch's sworn testimony, as well as that of some of his employees and several minor leaguers under threat of suspension, apparently provided more than enough evidence for the league to hand out punishments with little resistance from the Players Association. Indeed, the union advised the players involved to accept their punishments without appeal because of the mountain of evidence compiled against them, according to Jeff Passan of Yahoo Sports.