Tim Wakefield has released his iron grip on the Pirates, allowing them to field a winning club once more.

Fret no more, Pirates fans: your team has finally slayed the 21-year-old demon of consecutive losing seasons. The 1992 campaign was the last one in Pittsburgh to feature a winning record, at least until Monday's victory propelled the Bucs to their 82nd W of the ongoing season, one in which they should very well make it to the postseason to snap another multi-decade stretch of futility.

With that 82nd win, a specter that has loomed over the city of Pittsburgh for parts of three decades has finally vanished: the curse of former Pirates pitcher Tim Wakefield is no more.

Wakefield was one of the last remaining major-league players from the 1992 Pirates, with only Miguel Batista outlasting him. The knuckleballer retired prior to the 2012 campaign, after two seasons with Pittsburgh and another 17 with the Red Sox, who enjoyed one of their most fruitful runs in the organization's long history during Wakefield's time in town: Boston posted winning records in 16 of Wakefield's 17 seasons and made the playoffs nine times, with two World Series championships the payoff. The Pirates finished first in the National League East in 1992, but then kicked off the losing in 1993, losing that did not abate until this Monday.

Tim Wakefield was a significant piece of the Pirates' success in 1992, pitching 92 innings over 13 starts, all with a 162 ERA+ that earned him votes in the Jackie Robinson Award balloting, despite his partial season. He also threw two complete games in the NLCS, both contests the Pirates won, in a series they would lose in seven games. He would struggle in 1993, much like the Pirates themselves, and found himself spending time in the minors for part of that season, as well as all of 1994. The Pirates would release Wakefield in the spring of 1995, only to see him scooped up by the Red Sox. With Boston, Wakefield blossomed, finishing third in the Cy Young vote while posting a 165 ERA+ over 195 innings of work in a strike-shortened campaign. 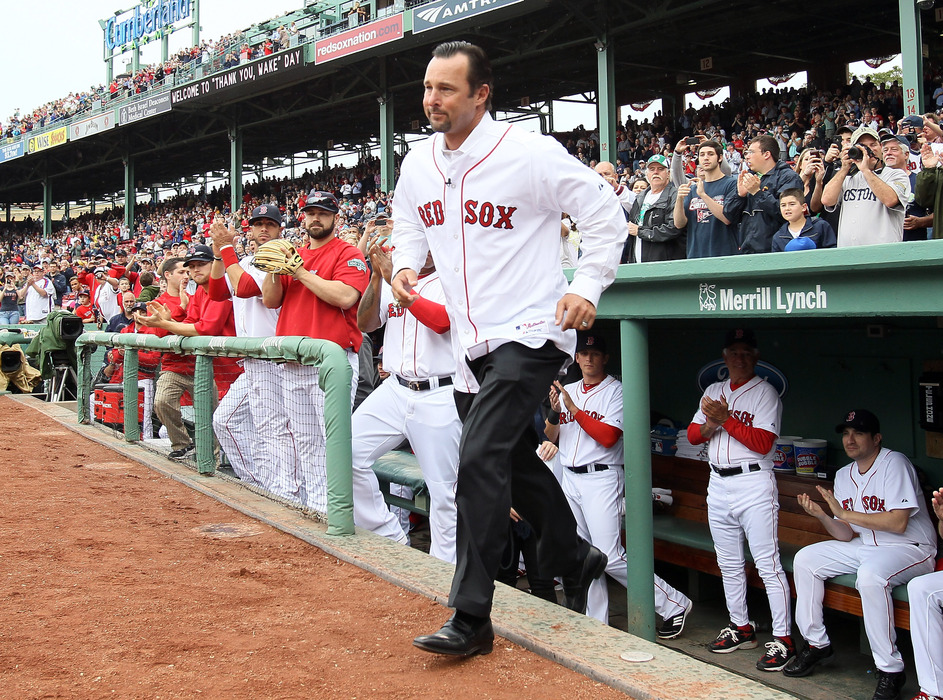 The Pirates, as you know, continued to lose in 1995, while Wakefield and the Red Sox went to the playoffs after winning the AL East. Wakefield struggled in 1996 much like he did in his second season with the Pirates, but, unlike with Pittsburgh, Boston held on: Wakefield made his 32 starts despite his struggles, and remained in the rotation in the following year, as well as for subsequent ones.

Let's assume, for a moment, that my fellow SB Nationer Grant Brisbee is correct, and that Tim Wakefield is basically a wizard. Brisbee's evidence is overwhelming and thorough, so, if we run with that premise, then you can assume that the dazzling success followed by struggles with each of the only two clubs Wakefield has ever pitched with were a test -- of what, exactly, is unclear, but it's not wise to question wizards nor their motives. All we can assume is that the Pirates cut Wakefield loose, and therefore failed their test. The Red Sox held on to Wakefield despite his similar struggles, and were rewarded with a bounty of playoff appearances, World Series wins, and a stretch of winning seasons as exciting as the Pirates' own time was dismal. It's a pretty open-and-shut case that all of this -- the winning and the losing -- were Wakefield's doing. 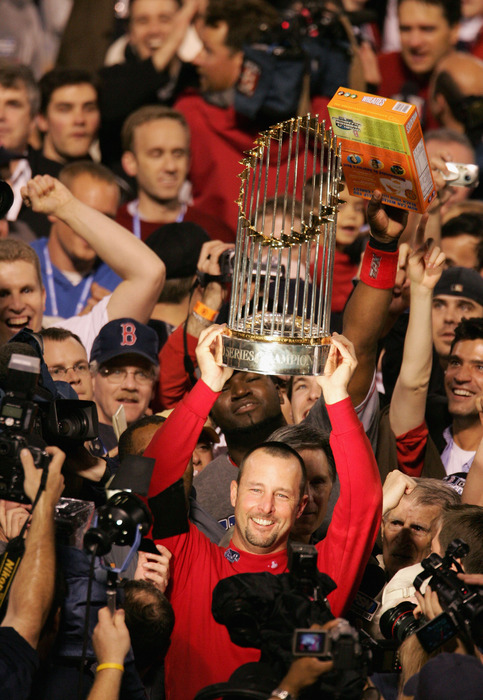 Wakefield hoisting a World Series trophy, likely uttering an incantation to keep the Pirates away from their own. (Credit: Al Bello/Getty

Do not doubt him, for his attention is now undivided, and he might choose to make you believe.

Still not convinced? How about this, then: in 2012, Boston's first season without Tim Wakefield on the roster since 1994, they hired train wreck manager Bobby Valentine and proceeded to win 69 games despite a roster that should have seen far more victories. It was easily their worst record since -- wait for it -- 1992. Another year removed from the loss of Wakefield, and the Red Sox are now leading the American League in wins, while the Pirates are not only over .500, but barring catastrophe are headed to October baseball. This all points, mercifully, to the end of Wakefield's curse for both clubs.

Wakefield now works for the Red Sox, so it's easy to see why he would relinquish his magical hold on their organization -- who wants to be a special instructor for a terrible franchise with no prospects, or cover them day-by-day as a NESN analyst when it's all misery and losing seasons? As for his change of heart with the Pirates, well, maybe it was just time to forgive Pittsburgh for a mistake from over 20 seasons ago. The ownership is different, the front office is different, hell, the park they play in is different. Tim Wakefield, it turns out, wants to be different, too, and that's all to the good for the Pirates, as they are in line for a different kind of magical season.

• 10 dumb things fans do at a ballgame