Do the Red Sox have the greatest farm system of all time?

The Red Sox are winning and rebuilding at the same time thanks to a nigh-miraculous run of success down on the farm, one that has few antecedents.

Share All sharing options for: Do the Red Sox have the greatest farm system of all time?

Winning and rebuilding at the same time: They say you can't do it, that the draft punishes success and forces winning teams to bid on lesser prospects each June. The idea makes sense, but it's wrong. The Red Sox are proving it to be a false assumption. With canny drafting, a team can overcome a series of poor draft positions or even draft picks sacrificed to signing free agents. Since winning their first World Series since the Mesopotamian years in 2004, the Red Sox have -- with the notable exception of 2012 -- continued to compete at the highest level (and add a second championship) while still regularly churning out good players from their factory-farm.

This is one of the great accomplishments of the draft era, but is it the greatest? Let's set up a few points of comparison just to get a sense of what a farm system that's hitting on all cylinders looks like. In the mid-1950s, just before the Giants moved to San Francisco, their farm system kicked into high gear. It was run by the team's great left-hander, Carl Hubbell, and it was magnificent. The following is just the highlights of the team's output in those years:

That's four Hall of Famers (Cepeda, McCovey, Marichal and Perry),  a five-time All-Star/six-time Gold Glover (White), a Cy Young Award-winner (McCormick), a batting-title winner (Matty Alou), and assorted other players who totaled 14 All-Star selections and a few down-ballot appearances for the MVP, all in 10 years. The Giants paused for breath at that point and then started on another good run:

There are no Hall of Famers in the latter batch, but five guys who were almost that good in Bonds (five 30-30 seasons), Foster (the 1977 NL MVP), Maddox (eight Gold Gloves), Matthews (1973 rookie of the year), and Clark (no parenthesis -- he got hurt too often to win any awards -- he was just a very good hitter for a long time). There are also a bunch of very solid pitchers, including another Cy Young winner (Stone) and a guy who came close to hitting 500 home runs even if he couldn't do anything else (Kingman).

To put it another way, if you think of the top 100 players at each position as being the elite, then as measured by BB-Ref Wins Above Replacement in a 20-year period the Giants spit out:

That's 19 top-100 players at their positions during a two-decade run of productivity. 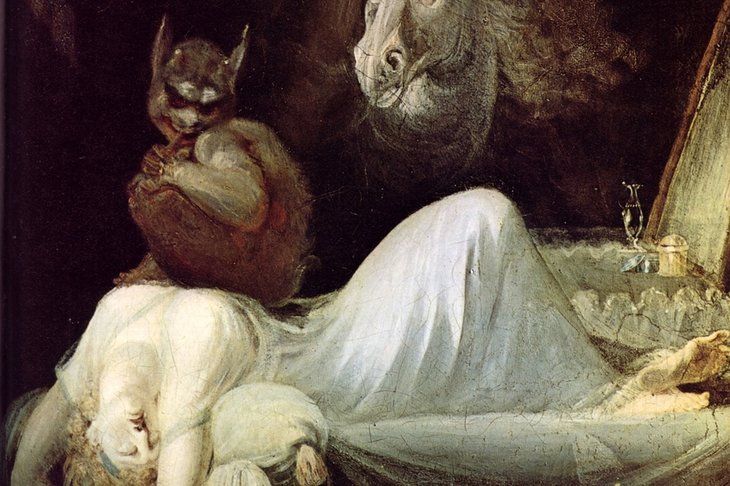 Hal Steinbrenner calls his player-development team to account, but if he did know his prospects crew was out to lunch and didn't do anything about it then he's incompetent. If he truly didn't know then he's ignorant. Take your pick.

Given all this talent, the Giants won ... exactly nothing. They went to the World Series in 1962 and lost a seven-game heartbreaker to the Yankees, settled in for a long run of second-and third-place finishes. They won the NL West in 1971, but lost the Championship Series to the Pirates. In the 20 other seasons covered here they finished third seven times and second five times, the latter in consecutive seasons from 1965-1969. From 1962-1971, the team's average record was 91-71 and yet they just couldn't get past the Dodgers. In a year in which the Giants have the worst outfield aggregate outfield production in the National League (.259/.316/.370 -- only the Twins and Astros trail them), it is painful to look at a team like the '73 Giants, with its potent combination of Matthews in left (.300/.367/.444, 121 OPS+), Maddox in center (.319/.350/.460, 120 OPS+), and Bonds in right (.283/.370/.530, 143 OPS+) and realize just how much talent the team squandered in its first two decades in California, so much that the franchise came this close to moving to Toronto. 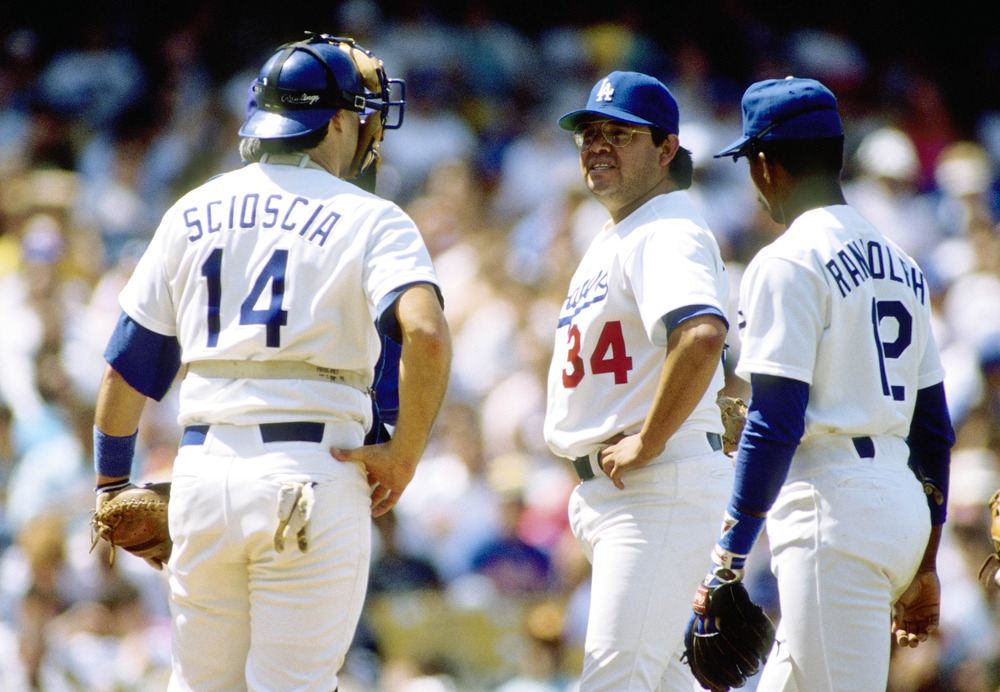 Under scouting director Harding "Pete" Peterson, the Pirates in the late 1960s were what the Giants had been earlier that decade. Unlike the Giants' long run, which straddles the pre-draft and draft era, the Pirates acquired most of the players listed here via the draft.

This Pirates team, which already possessed Willie Stargell, Roberto Clemente and other good bits, was far more successful than the Giants were during their good run, winning five NL East titles and a World Series during the span listed here, as well as winning one more championship with the same core in 1979. There are no Hall of Famers in this group, but some of these guys were painfully close to that level. To repeat the top-100 exercise that we did with the Giants' bonanza:

The Pirates had 11 home-grown players in the top-100 at their positions in just 10 years. 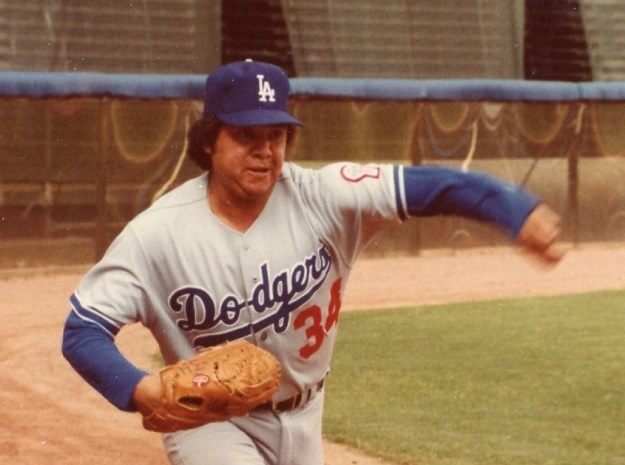 Let's look at one more team, the Dodgers of the same period, who got great results out of scouting director Ben Wade:

The Dodgers won consecutive Rookie of the Year awards from 1979 through 1982 (Sutcliffe, Howe, Valenzeuela, and Sax). This run resulted in seven postseason appearances and five World Series, of which the Dodgers won two. The top-100 players: 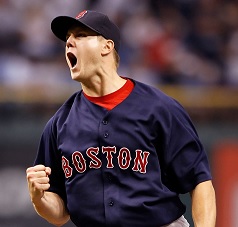 The mating call of the wild Papelbon (J. Meric)

When the Red Sox won the World Series in 2004 they had many good players, but very few of them were home-grown. After the Nomar Garciaparra trade, the starting lineup was developed entirely outside the organization. Kevin Youkilis and Trot Nixon, who played supporting roles (the former just breaking through, the latter injured for much of the season), were the only exceptions. The pitching staff was almost completely free of talent drafted or signed by the team.

Management was clearly aware of this. At midseason, the team took the draft away from scouting director David Chadd and gave it to Jason McLeod (they gave him Chadd's job a few months later). The Sox had no first-round draft picks that year due to signing Keith Foulke, but McLeod selected Dustin Pedroia in the second round and the Sox have rolled from there. We pick up the major-league team a year later:

Feel free to put Anibal Sanchez, developed by the Red Sox, but sent to the Marlins in the November 2005 Josh Beckett/Mike Lowell deal on the Boston pile as well.

We're less than 10 years into what has been a very fecund period for the Red Sox farm system, so it's a bit early to start toting up the players' places in history ... Except several are already well on their way. Pedroia, Ramirez, and Papelbon have already cracked the top 50 in career value at their positions, and Lester and Ellsbury are already in the top 100 at theirs.

That's five players in just nine years, and the Red Sox aren't done yet: The players on the bottom of the list, like Iglesias (surprisingly robust as a hitter this year), Middlebrooks (.368/.434/.621 in 26 games since returning from the minors), Bradley, and Bogaerts, are just getting started. Even worse for Boston's AL East rivals, the farm system is still pumping out product. Third baseman Garin Cecchini hit .322/.443/.471 at two levels this year while reaching Double-A; 20-year-old second baseman Mookie Betts hit .314/.417/.506 at two levels, establishing himself as a power-speed threat; another 20-year-old, pitcher Henry Owens, struck out 169 in 135 innings while posting a 2.67 ERA in season that saw him climb to Double-A Portland; Allen Webster, Anthony Ranaudo, and Matt Barnes are all top-100 pitching prospects sitting at Triple-A;  Blake Swihart and Christian Vazquez could both turn out to be major-league-caliber starting catchers -- and we've just scratched the surface, especially since we haven't even delved into their impressive 2013 draft class that came by way of that aforementioned poor 2012.

In the long term, we're going to look back and see that the apex of draft-era farm production was reached in New England in the early part of the 21st century. In the short term, all of this productivity means that despite last year's hiccup, barring some unlikely bad luck, the Red Sox aren't going anywhere anytime soon ... And the idea that you can't overcome the draft's leveling intentions with smarts is a myth.