We're here to unpack the chaotic aftermath of an impressive Shane Victorino catch.

Shane Victorino made a stellar catch against the Tigers on Wednesday night, but that's not the story of this video. As it so often is when the camera pans to the crowd, the story is with the fans and what happened with -- and to them -- in the aftermath of Victorino's leaping grab.

First, let's take in the video as a whole, with the Tigers' announcers narrating the whole thing.

Here's a lady fan with a chance to take a picture of Shanf, and right before she can snap the photo, Excited Guy next to her knocks her phone onto the field:

Shane Victorino, ever the gentleman, retrieves what looks to be a Samsung Galaxy (I've dropped my phone a bunch of times, okay?) for the fan, but his good deed ends up punishing another lady fan attempting to take a picture, once again at the hands of Excited Guy:

There's a lesson to be learned here, probably about not waving your arms around excitedly in cramped, populated spaces. But since Excited Guy is unlikely to recognize this, we'll just have to turn it into a Dangers of Phone Photography PSA.

The focus on that GIF is obviously the beer to the face of that poor, ambushed woman, but off to the right is Guy Waiting For A High Five. 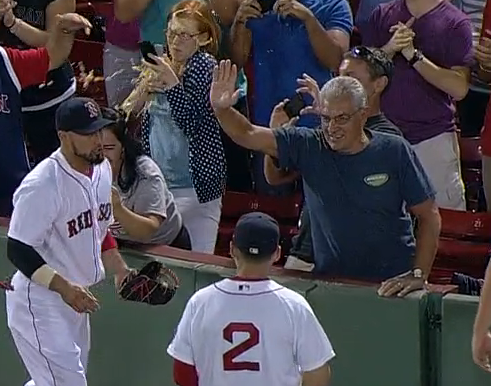 Guy Waiting For A High Five was pulling double duty, as he's also Diving Guy In Every Foul Ball Photo: 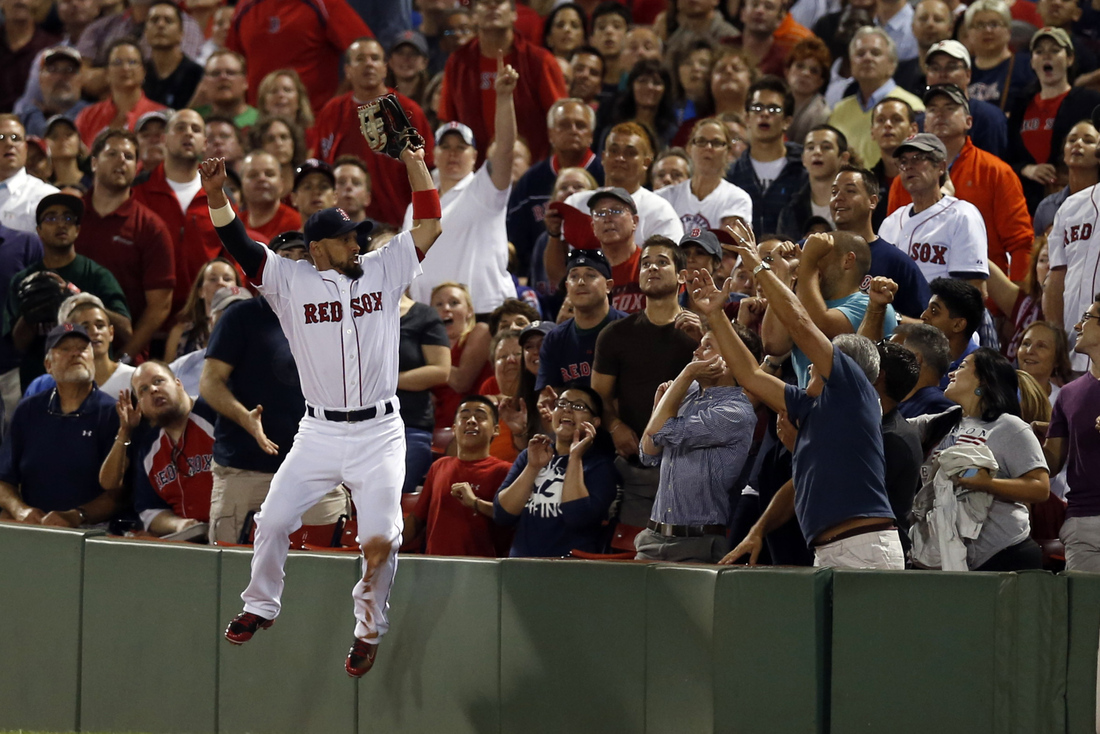 Look at where he is in that photo. Look who is around him -- the lady whose phone was knocked down is to his right, as is Excited Guy. You can't even see the woman who had a beer knocked in her face, unless that's her hair, and that barely counts. Not only did he try to dive for the foul ball that was nowhere near him, but he moved over a bunch of seats for the opportunity.

Now I'm not even sure which of these two dudes is more deserving of our collective head shaking.

• Watch the benches clear in Milwaukee

• Scherzer should win AL Cy Young regardless of run support

• Yankees’ manager tries to talk Mo out of retirement

• Meeting of the minds: Bud and Buck