Rodriguez will miss the entire 2014 season as his 211-game suspension was shortened.

The new suspension means Rodriguez will miss the entire 2014 season. He will also not be allowed to play in the postseason if the Yankees make the playoffs. Missing the entire year will cost Rodriguez $25 million in forfeited salary. He will still be owed $61 million from the Yankees from 2015 to 2017.

"The number of games sadly comes as no surprise, as the deck has been stacked against me from day one," Rodriguez said in a statement released after the decision was announced.

What's next for A-Rod? 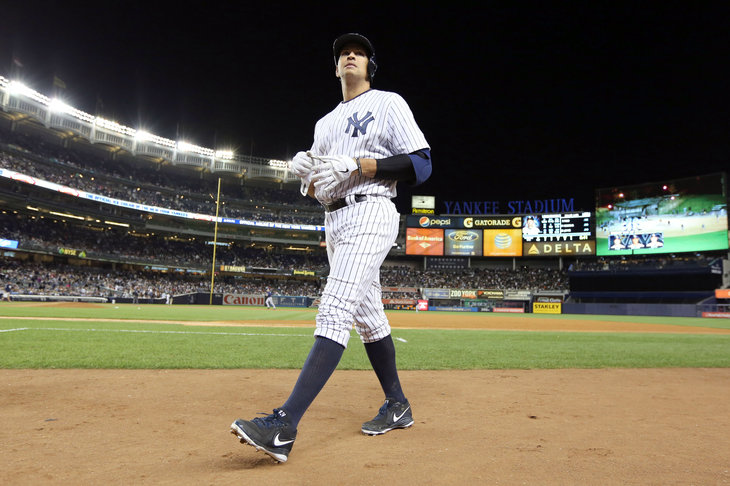 Rodriguez is still unwilling to accept the punishment handed down to him. He says he will now fight the suspension in court with a federal lawsuit. That may not be of much help as the arbitration process was agreed to in collective bargaining.

Further hampering Rodriguez's future court dealings will be the MLB Players Association's lack of support in fighting the punishment. In their own statement following Horowitz's proclamation, the MLBPA says that while it "strongly disagrees" with the length of the suspension, they "recognize that a final and binding decision has been reached, however, and ... respect the collectively-bargained arbitration process which led to the decision."

Under normal circumstances, Horowitz's full explanation for his decision would not be released to the public. Such was the case when Ryan Braun first escaped suspension by winning his appeal. However, if the case is indeed taken to court, Horowitz's explanation would be unsealed for public consumption.

Earlier this week, Rodriguez was reportedly considering settling for a lesser penalty than the 211-game ban MLB originally attempted to impose, according to ESPN New York's Wallace Matthews. In the process of weighing his options, the embattled slugger reportedly factored in the massive court costs for which he'd be on the hook against the salary he'd lose in a shortened suspension. With Rodriguez taking it to court, It appears reducing the suspension by nearly 50 games was not enough for him.

Even if he were to take a much reduced sentence, that's a much different course than Rodriguez initially said he'd take. The 38-year-old veteran claimed he "shouldn't even serve one inning" after angrily exiting a court room during a November hearing in which it was revealed that MLB commissioner Bud Selig would not be required to testify. Factors aside from money have played into Rodriguez's seemingly altered stance, according to Matthews' source:

"It's also about the mental anguish of going through this and not knowing if or when you're going to play again. Alex might decide to take his medicine and move on."

Rodriguez's camp has stated that it would seek an injunction in federal court against any Horowitz ruling that it found unsatisfactory. Any injunction would only seek to delay the implementation of Horowitz's ruling, not overturn it.

While an arbitrator would normally have the final decision in a matter between MLB and the players union, Rodriguez has a pending lawsuit against MLB and Selig, accusing them of engaging in a witch-hunt against him and interfering in his business dealings. While that case is ongoing, it might serve as a forum for Rodriguez to address any potential Horowitz ruling.

Horowitz heard testimony in closed door meetings that lasted two weeks and were held at Major League Baseball's headquarters in New York. Rodriguez's official suspension is the longest PED-related suspension in MLB history. Miguel Tejada previously held the record with a 105-game ban in 2013 for the use of amphetamines.

The suspension and hearing have featured plenty of intrigue, starting with the original punishment. The 211-game ban seemed out of line with the other suspensions handed down to the Biogenesis baker's dozen, especially in light of the fact that Rodriguez had not tested positive before.

MLB issued their own statement on the decision, saying "For more than five decades, the arbitration process under the Basic Agreement has been a fair and effective mechanism for resolving disputes and protecting player rights. While we believe the original 211-game suspension was appropriate, we respect the decision rendered by the Panel and will focus on our continuing efforts on eliminating performance-enhancing substances from our game."

Meanwhile, the Yankees statement was much shorter: "The New York Yankees respect Major League Baseball's Joint Drug Prevention and Treatment Program, the arbitration process, as well as the decision released today by the arbitration panel."