Rodriguez is out for the entirety of the 2014 season (maybe not spring training). What are his options moving forward?

Yankees third baseman Alex Rodriguez has officially been suspended by Major League Baseball for 162 games. That's a minor victory for Rodriguez, who had his original 211-game ban reduced by nearly 50 contests by independent arbitrator Fredric Horowitz. However, It's a major victory for the Commissioner's office, who have now achieved the longest suspension ever handed out for performance enhancing drugs.

So where does this leave A-Rod? What are his options moving forward? Simply put, he doesn't have many. 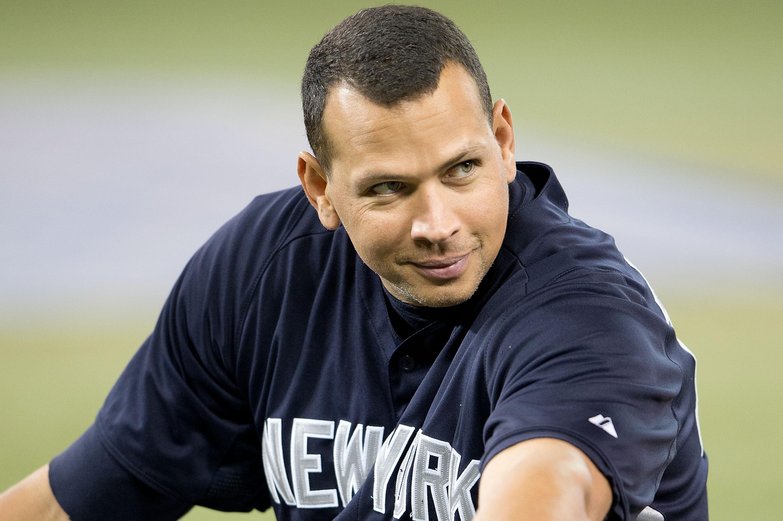 An independent arbitrator has reduced A-Rod's suspension by nearly 50 games.

The first option for A-Rod is to accept his suspension, forgo the entirety of the 2014 season, and focus on getting back for 2015 and potentially helping the Yankees once again. That's what Brewers star Ryan Braun did following his 65-game suspension. Braun stayed out of the public eye during his time and is looking to come back strong next year.

That doesn't appear to be the most likely option for A-Rod, who has helped turn the entire supposed-to-be-confidential appeals process into a circus as he has made everything public and is suing everyone from Major League Baseball to Yankees team trainers.

In fact, it appears that court is going to be the next step for Rodriguez. In a statement released following Horowitz's decision, he had the following to say:

"I have been clear that I did not use performance enhancing substances as alleged in the notice of discipline, or violate the Basic Agreement or the Joint Drug Agreement in any manner, and in order to prove it I will take this fight to federal court. I am confident that when a Federal Judge reviews the entirety of the record, the hearsay testimony of a criminal whose own records demonstrate that he dealt drugs to minors, and the lack of credible evidence put forth by MLB, that the judge will find that the panel blatantly disregarded the law and facts, and will overturn the suspension."

Rodriguez's lone hope at this point is for a federal court to take his side in what will be yet another legal battle. However, it appears that he is unlikely to make any headway in such a case. Because the arbitration process was agreed to in collective bargaining by the players union, it is extremely unlikely any court would overrule the decision. In addition, a federal court would probably not be willing to set legal precedent of overturning arbitration rulings for any organization.

If A-Rod won't quietly accept the suspension and probably won't be able to overturn it legally, what else is there for him to do? He could retire. Take his ball and go home with it, so to speak. But given all that we have learned about Alex Rodriguez over the past few months and years, can we really expect that he would willingly give up $61 million still owed to him by the Yankees? Retirement is only an option if there is something in it for him, which there isn't.

One road that a vindictive A-Rod could take if he wanted to spite MLB and play baseball anyway would be to play somewhere overseas. Japan, Europe...maybe he can pull a switcharoo and defect to Cuba. Japan's Nippon Pro Baseball league may not be willing to risk the goodwill they have fostered with MLB, but other options would still be in play.

Rodriguez wouldn't even have to go overseas, necessarily. There are any number of independent baseball leagues and teams that would love to bring him aboard, if only for the publicity it would net them. Playing in another league could be one of the more likely options that A-Rod has.

But the most likely thing to happen to A-Rod is the Barry Bonds treatment. In 2007, Bonds played in 126 games and hit .276/.480/.565 with 28 home runs. He became a free agent following that year and still wished to play. Despite heading into his age-43 season, he was clearly still one of the most feared batters in baseball. However, no team was willing to take on the kind of attention that would come with signing Bonds.

The Yankees will probably end up cutting Rodriguez now that he is out for next year. They will pay him the $61 million he is owed, but Rodriguez is unlikely to wear the pinstripes ever again. That will leave him a free agent, and one that could probably help a major league club. Unfortunately, like Bonds, it's probable that no team will be willing to give Rodriguez a shot.

Rodriguez has his options. He's going to pursue a legal battle. He could still add try playing in another league. He could retire or hope to make a comeback. Most likely, he'll just fade away.