It's not always about being great at baseball, sometimes it's just about the person playing the game. 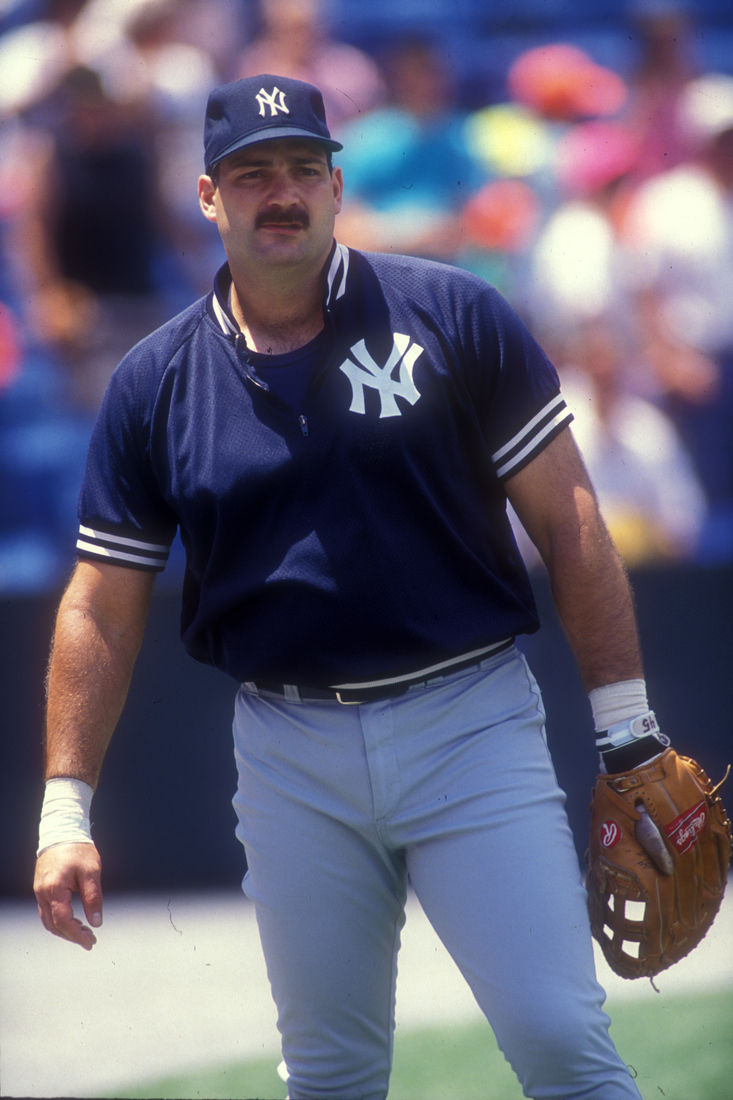 I love that he just looks like a Balboni. I love that he hit exactly like a guy named Balboni should hit, with violence and power and questionable effectiveness. I love that, 28 seasons later, he still owns the Royals' single-season home run record.  I love that he received 11 points in MVP votes in 1984 and 1985. Most of all, I love that, despite never playing for my beloved Minnesota Twins, Balboni played a huge role in my childhood and my development as a baseball fan, thanks to his consistently fantastic baseball cards, his presence in Starting Lineup Talking Baseball, and a terrific Strat-O-Matic card.

So many players come and go from the league and make almost no impression on us at all. Sometimes a guy comes into the league and we take an instant dislike to them, no matter how many household appliances they save from a burning building. But every so often, as baseball fans, we glom ourselves onto players like Balboni, adopting them for little or no reason at all. They simply speak to us. We are currently passing through the long, boring stretch of winter between the Hall of Fame announcements and Masahiro Tanaka finally signing. There is reason to think Tanaka is good, but what we don't know is if he will have the kind of charisma that captures imaginations and makes him that rare player for whom personality almost transcends performance, as Balboni and these players, some of whom I never even got to see, did for me:

Kittridge was the Chicago Cubs' half-time catcher for most of the 1890s, and one of the worst hitters in major league history. I love him for how terrible he was as a player, but mostly I love him because, in 1904 as the reluctant second-ever manager of the Washington Senators, Kittridge went 1-16 and got paid $300 by his team's owner "mostly in dimes and nickels" while on a road trip. According to a reporter for The Pittsburgh Press,

"He carried his load in his pockets until he sprained an ankle, and that was the beginning of Malachi's troubles. Because of this lameness, Kittridge missed the train out of New York by six inches. With a hook he could have caught the rear platform at that, but he was too lame, and, besides, the curse of wealth held him back. From this mishap grew the complications which led to the attempted suspension of the coin-laden catcher."

He was fired four days later, but (presumably as punishment) he stayed with the 38-113 Senators for the rest for the year, playing in front of fewer than 2400 fans per home game. Adding final insult to injury, he's apparently buried in some unidentified cemetery in Bucksport, Maine, but no one knows exactly where. He's the ballplayer equivalent of an orphan puppy in the rain, and I just want to take him home and adopt him.

The Hall of Fame catcher was so slow and hit the ball so hard that infielders used to play on the outfield grass, knowing they'd have no trouble throwing him out. He still hit .306/.358/.460 for his career, winning two batting titles and the NL MVP in 1938. He was unjustly blamed for the Yankees beating the Reds in Game 4 of the 1939 World Series, when he got hit in the groin and was in too much pain to grab the baseball and stop Joe DiMaggio from scoring. Already sensitive because of his nose (Lombardi's nickname was "Schnozz"), Lombardi took issue and held grudges. He was prone to depression, and attempted suicide after his playing career ended. Nobody really looked out for Lombardi except the fans, with whom he was exceptionally popular. Even WAR doesn't like him all that much (he rates about 45-50 wins above replacement). Lom seems to me like a guy who was terribly underrated by everybody, a perpetual target, but just incredibly good at baseball. He was inducted into the Hall by the Veteran's Committee nine years after his death. 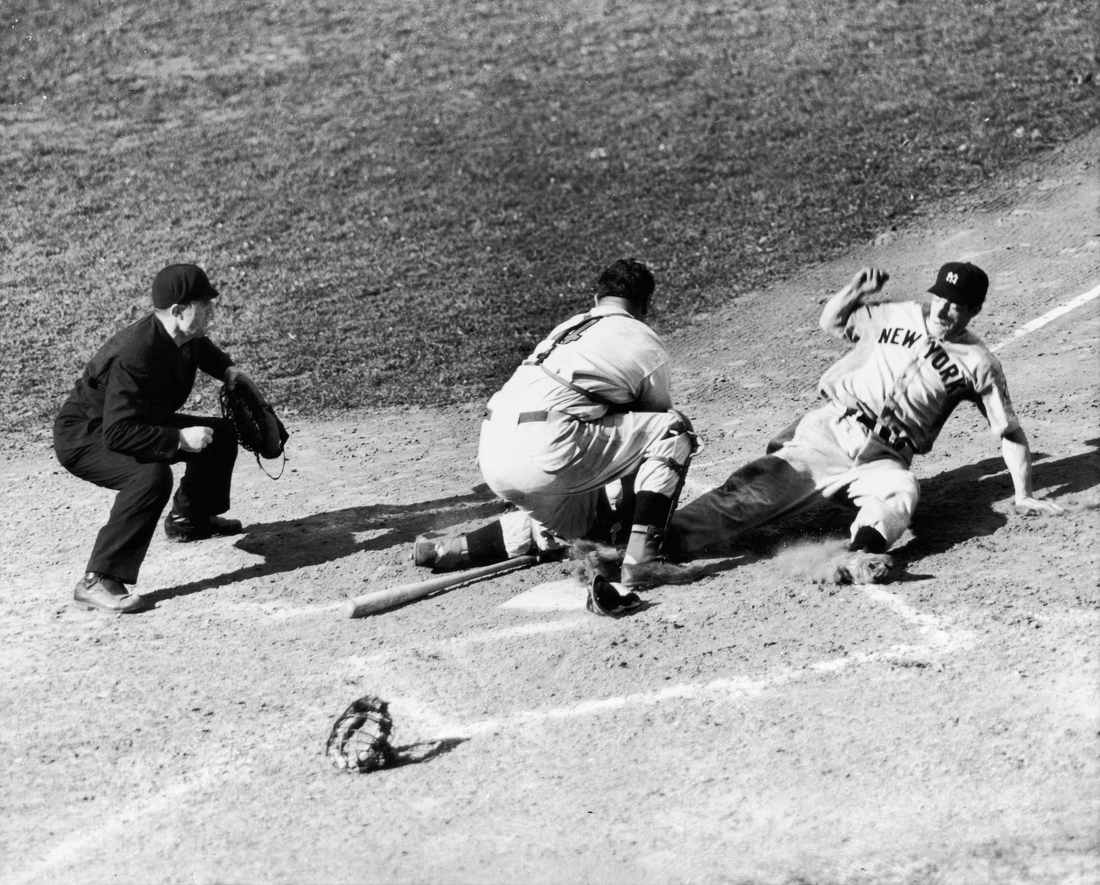 Joe DiMaggio scores on a disoriented Ernie Lombardi in Game 4 of the 1939 World Series. (Getty Images)

The Rookie of the year in 1954, Moon was a very productive outfielder for the Cardinals and Dodgers for 12 years, helping Los Angeles win two World Series. He had a great eye and led the NL in on-base percentage in 1961, and won a Gold Glove in 1960. But far and away the best parts about Moon's game were his eyebrow and his acting:

When I was a kid, I went to a lot of baseball games with my heterosexual life partner and retired SBNation writer Bill Parker. This was, mostly, because nobody else wanted to hang out with either of us for three consecutive hours. His family had season tickets, and Bill and I would sit along the right field line in the Metrodome, near the visitor's bullpen and just talk about baseball, keep score and make Monty Python and Kids In the Hall references for the whole game. One day, we got on the topic of the Hall of Fame for some reason. After a couple of minutes, I felt a tap on my shoulder. From behind me, a gentleman I think was pretty intoxicated leaned down and said, "Hey, you know who belongs in the Hall of Fame? Al Oliver." I was familiar with the name, but after looking up his statistics, I concluded that, no, Al Oliver was a good player but no Hall of Famer. Nevertheless, I now love Al Oliver and every year, on his birthday, I get Bill some small Al Oliver trinket that he probably discards or forgets about because he's inconsiderate. Given that I'm even more inconsiderate, I can't exactly blame him. Anyway, go Al Oliver! 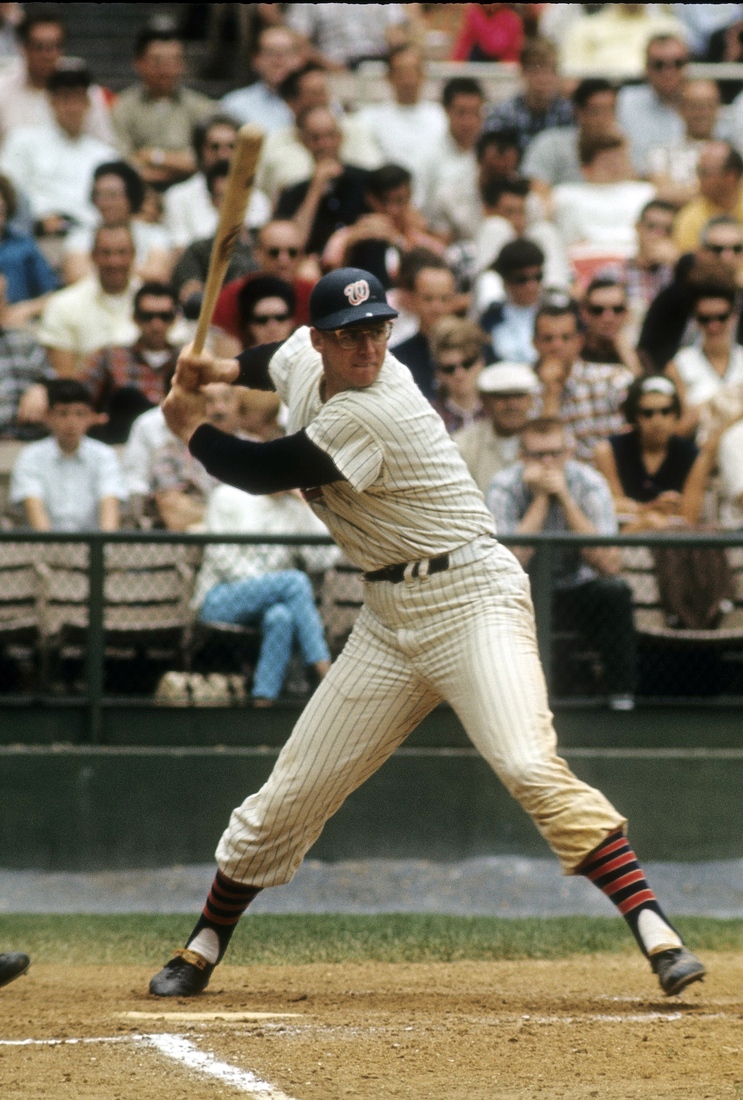 Moon's teammate in Los Angeles, Howard was a giant of a human being, standing 6'7" with huge forearms and massive power at the plate. I'm not sure anybody in baseball has ever hit the ball harder than Howard did. A 1964 profile of the young outfielder claims that, "The sight of Howard digging in at the plate causes third-base coach Leo Durocher to shuffle six steps toward left field and a dozen steps back toward the stands so that he looks more like a patron cheering from the field boxes than a man going about the business of being a baseline coach." In 1957, Howard, then still in college, was taking BP and lined a ball off of the skull of the student manager, fracturing his skull and putting him in critical condition for three days. The next year, in 1958, Howard unleashed a wicked line drive down the third base line that ricocheted off of the skull of Duke Snider, who was creeping up the line. According to the LA Times, "The ball ‘struck Snider's right shoulder and then his right ear a glancing blow, dropping him as though he'd be [sic] shot with an elephant gun." Snider told reporters, "All I saw was a blur and I threw my left shoulder up a bit. The ball glanced off the shoulder and hit below the bottom of my helmet. I went down. I didn't know where I was, and blood started to flow out of my ear. They picked me up and I was dizzy for three, four, five days. Frank Howard has more raw power than anyone in baseball."

I love that, despite his vicious power, Howard is by all accounts one of the nicest people to ever play baseball, radiating warmth and positivity. He also seriously struggled with his confidence when didn't live up to the ridiculous hype that surrounded him as a young player. That said, he recovered beautifully, and after being traded to the new Senators in 1967, becoming their first superstar. He finished with 382 homers, still 62nd in baseball history, and his nicknames, "Hondo" and "The Capitol Punisher" are among the greatest of all time. 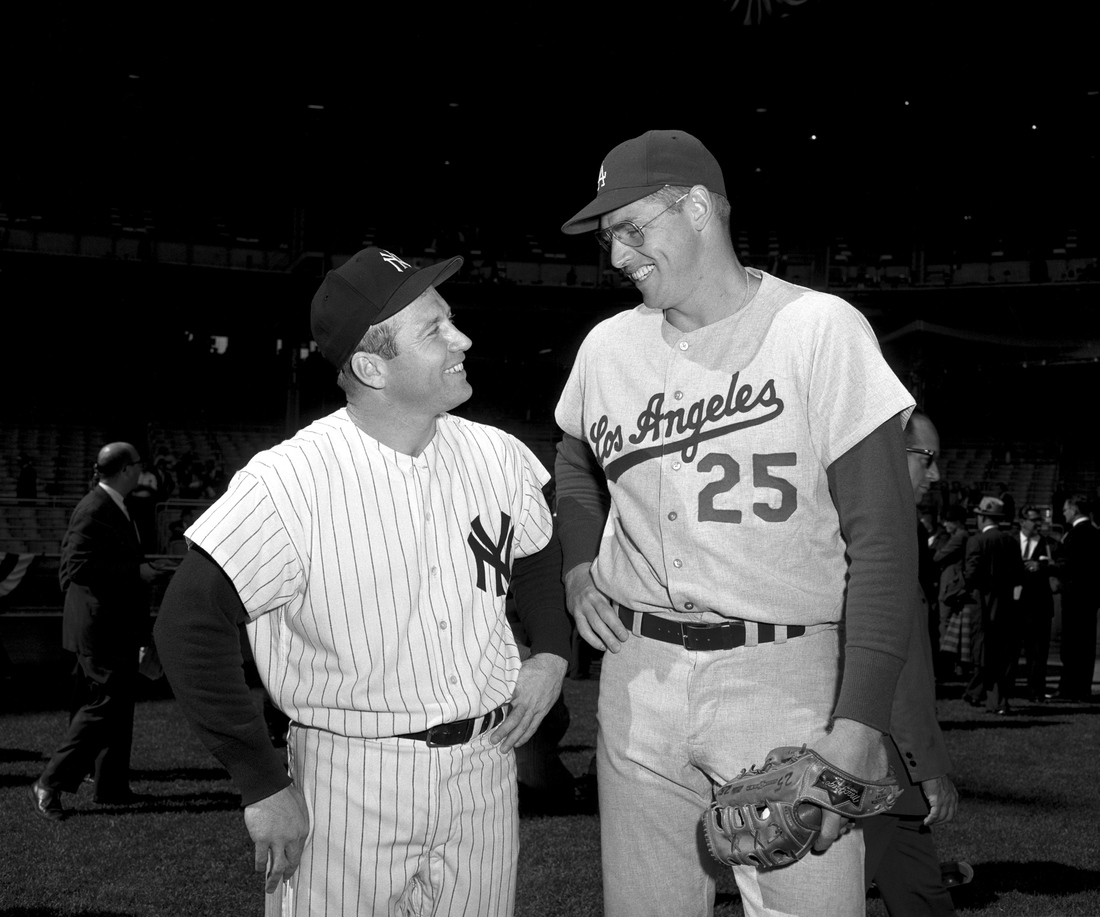 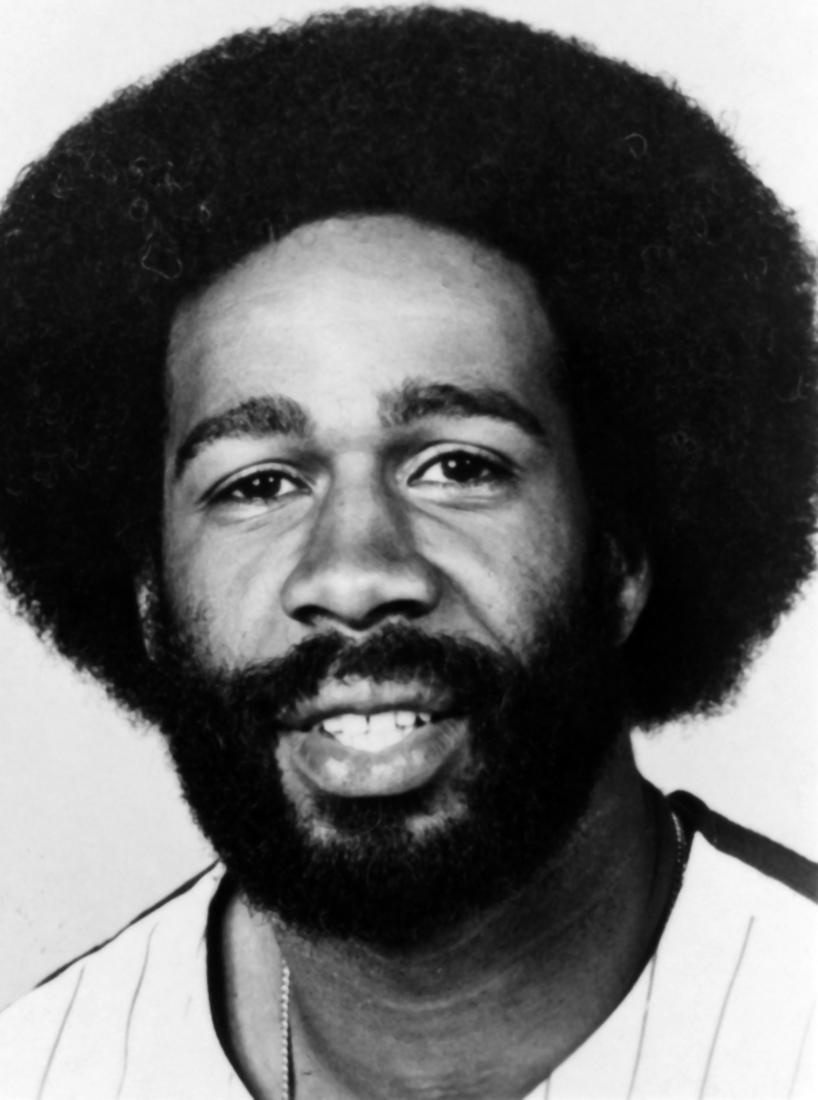 Not just the best center fielder in the National League in the 1970s, but a veteran of the Vietnam War. And it wasn't one of those cushy baseball-playing assignments like Joe DiMaggio got. Exposure to chemicals damaged Maddox's skin and prevented him from shaving without incredible pain. That's why he had such a glorious beard.

Long before he was a Minnesota Twin, Terry Mulholland was my favorite baseball player because of his 1987 Topps rookie card, where if you looked at it quickly, it looked like his left arm was on backwards.

I read on the back of his Donruss Diamond Kings (seriously) that Stillwell had hit 35 doubles the year before. That seemed pretty good.

You know what I love about Ben Revere? I mean, besides his boundless enthusiasm, his great defense, and his propensity for exciting infield hits (which are marginally less exciting than triples, but also much more plentiful), his acrobatics on the basepaths, and the fact that he's about a full season away from being the modern leader in career plate appearances without a home run? It's his smile. 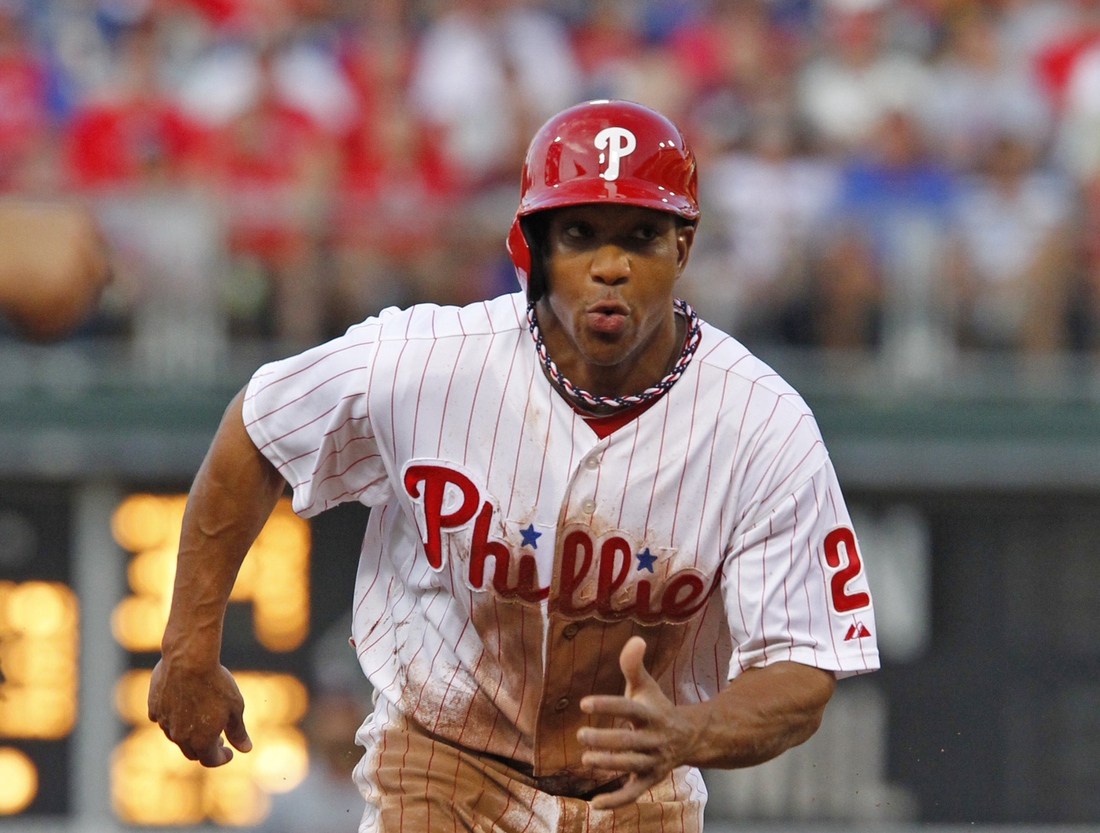 That's my preliminary list. It's guys who I like the look of, or have some kind of story about, guys who I learned about before I knew much about baseball and guys who remind me of Charlie Brown's Christmas tree. They just need me. As much as I like making arguments and proving points and making a nuisance of myself, the ultimate point of baseball is supposed to be our joy as fans, and these guys bring me a lot of joy. Will Tanaka join them? Right now, he's very much a mystery to American fans, a man known only by his sparkling 24-0 record. But we've seen Japanese players like Ichiro, Yu Darvish, Hideki Matsui and Hideo Nomo transcend the cultural divide through their incredible skill and their unique style of play. We've also seen them struggle, like Daisuke Matsuzaka, Tsuyoshi Nishioka, and Kaz Matsui to connect on and off the field. Until he gets here, there's no knowing.

• Neyer: A long goodbye to the "neighborhood play"