There aren't many players on the 2014 Hall of Fame ballot who put up better numbers during their peak years than Larry Walker, but the voters might not be able to look past the Coors Field stigma.

He was one of the greatest players the game has ever seen at home but was merely very good on the road.

Statements like that have always surrounded Larry Walker, who is entering his fourth year on the Hall of Fame ballot after barely registering 20 percent of the vote in each of the first three years. In terms of sheer numbers, not many Hall of Fame candidates can top Walker. He hit .313/.400/.565 in 17 years. His counting stats, which include 2,160 hits and 383 home runs, took a hit as a result of a few injury-plagued seasons but are still strong. And he's got hardware -- seven Gold Gloves, five All-Star selections, three Silver Slugger awards and a National League MVP trophy, to be exact.

However, judging by the ballots cast during the last three years, what stands out to voters isn't Walker's strong arm, good speed, slick fielding or smooth power stroke. It's the 203-point difference in OPS that exists in his home-road splits.

Is Walker deserving enough to overcome the stigma placed on him by the BBWAA? As is the case with most of the players up for election, there are arguments for and against him. Let's take a look:

Baseball has been played at altitude for a full 20 years and it's time people accept that.

Walker, like almost every other star player in the history of the Colorado Rockies, has always been associated with having inflated offensive numbers. How that affected his career totals is up for debate, but what is not is that Walker was a great player in his early years with the Montreal Expos. In 1992, he placed fifth in the NL MVP voting after hitting .301/.353/.506 as a 25-year-old. Walker was also well-above-average in the field during the season that began his ascent to stardom. The native of Canada continued to produce at an All-Star level until reaching free agency following the strike-shortened 1994 season, one which was on pace to be a special one for Walker and the Expos, who held a commanding lead in the NL East when the stoppage commenced. 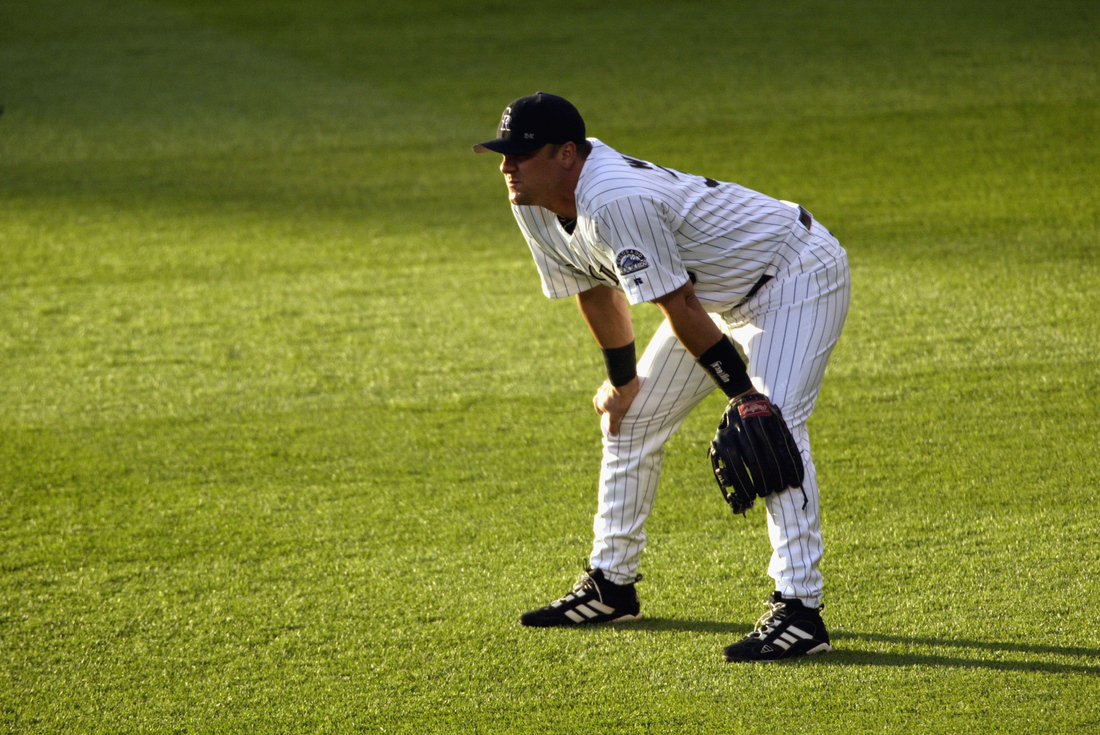 It was only natural that Walker, who was in the middle of his prime when the Rockies acquired him, would continue to improve upon what was already a solid career to that point. Sure enough, he hit .306/.381/.607 in his first year in Denver. Walker's .988 OPS was the highest of his career, but his line wasn't that much better than what he put up in Montreal during the previous season.

Two years later, Walker had the trademark season of his terrific career, mashing to the tune of a .366/.452/.720 line with 49 home runs. Walker's 409 total bases were the most any big-leaguer had collected since Stan Musial's 429 in 1948. He even stole 33 bases. All of that resulted in Walker winning his first and only MVP award, despite the fact that the Rockies missed the playoffs. Perhaps most notable was that Walker was just as good of a hitter on the road than he was at home. He hit 29 home runs away from Coors Field and finished with a road OPS that was seven points higher than his home total.

That year, Walker finished with a .443 on-base percentage on the road. He eclipsed .400 in away games in two other seasons while with the Rockies and slugged .500 or better outside of Denver four times. Overall, Walker posted an OBP of .400 or better for eight consecutive seasons, a feat only 36 other players in history have accomplished.

Baseball-Reference's WAR is a park-adjusted stat, and Walker's career total of 72.6 puts him in great company in terms of right fielders. All 11 of those who rank ahead of Walker on the all-time list are in the Hall of Fame, as are many -- including Tony Gwynn and Dave Winfield -- who rank below him. Jay Jaffe's Hall of Fame scoring system, JAWS, shines an even brighter light on Walker, whose score of 58.6 ranks 10th among all right fielders in history. The nine players above him in that category are all enshrined in Cooperstown.

Coors Field might have been a hitter's paradise during Walker's time there, but the metrics show he was the real deal. He certainly didn't hurt his cause for being recognized as a legitimate hitter after leaving Denver with his performance during the final two years of his career. Walker came reasonably close to reaching the .300/.400/.500 mark while spending the 2004 and 2005 seasons with the St. Louis Cardinals.

The ballot is loaded. Do we really want to elect a guy with debatable numbers and a questionable work ethic?

We've established that Walker was one of the more dangerous hitters in the league while in his prime, but that doesn't mean voters won't be wary of his production. Walker ended his career a .348/.431/.637 hitter in home games compared to .278/.370/.495 on the road. In addition, the star outfielder missed an average of 44 games per year during his final seven full seasons in Denver. He sat out many of those contests by choice, as noted by Troy Renck of the Denver Post, and earned the reputation of being a clubhouse cancer shortly before Colorado dealt him to St. Louis in a deal that netted the team a minimal return.

Though he wasn't linked to performance-enhancing drugs, Walker also has the unfortunate label of being a baseball player during the steroid era. Fair or not, many voters have made up their minds on how they'll handle the stars of that era. Guys who would have been sure-fire Hall-of-Famers had they not been implicated on PED use don't stand a chance of getting in, and it appears that  those who weren't necessarily linked to any wrongdoing but are otherwise borderline candidates will be left out, as well.

With a bevy of accomplished names debuting on the Hall of Fame ballot this year, it's hard to see Walker getting much of a boost in votes. If that's the case, it might be that the writers have already decided Walker's fate. The egregious home-road splits will cost him with most voters, and his perceived lack of passion for the game during his time with the Rockies will likely sway those who believe the splits to be overrated in the direction of leaving him off the ballot.

That's an unfortunate destiny for a guy who was one of the game's most exciting players during his era and is -- for now, at least, until Joey Votto gets a few more years under his belt -- the best Canadian baseball player of all-time.