He was the best designated hitter ever, but his lack of a defensive position may cost Edgar Martinez a place in the Hall of Fame.

He was arguably the best player to ever play his position. Normally when that phrase is uttered, it references a Hall of Fame player. The best pitcher ever? There's no consensus on who it was, but whatever one's personal opinion, their guy is probably in the Hall of Fame. Best catcher ever? Best shortstop ever? Best right fielder ever? Same deal.

Best designated hitter ever? Now, all of a sudden, there's a pause and qualifications. "Well, he only played half the game"..."If he can't play the field, how could he be great" and so on and so forth. 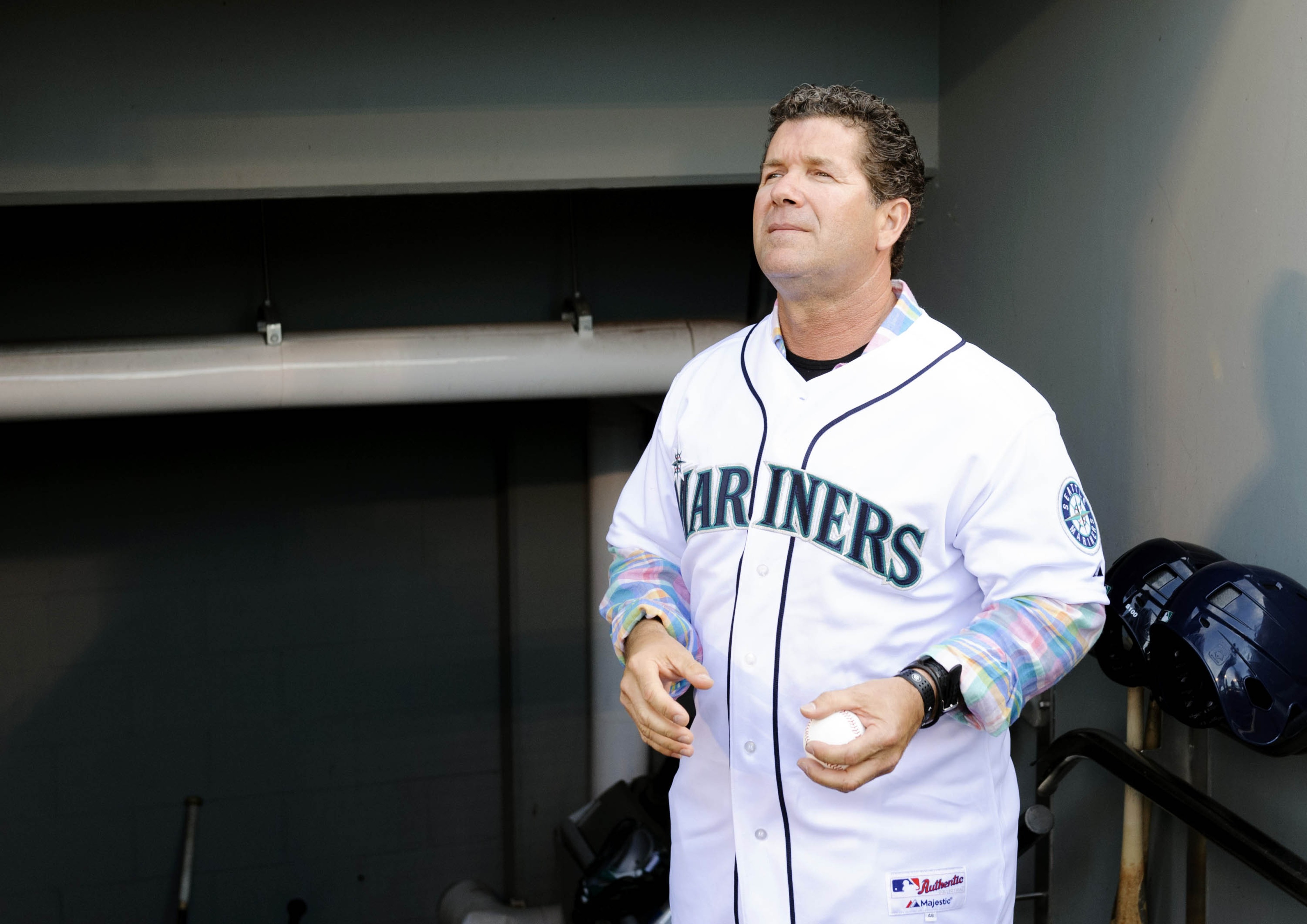 Edgar Martinez is, quite possibly, the greatest designated hitter to ever play since the DH was first approved in the American League in 1973. He has been on the Hall of Fame ballot four times. The highest tally of the vote he has received was 36.5%, right around where he has hovered every time. He'll probably be right around 35% this upcoming Hall of Fame vote.

As a player, Martinez was given a career -9.7 rWAR for his career, just on defense alone. That's not even close to the worst all-time for a potential Hall of Famer. Dave Winfield is in the hall and won seven Gold Gloves in his career. He also was worth -23.7 defensive WAR overall.

Martinez's numbers were cultivated on positional adjustments, mostly. When he actually played third base at the beginning of his career he was, well, actually not bad. At least not according to range factor and UZR and Baseball-Reference's defensive WAR. His fielding percentage was bad. Not Ryan-Braun-as-a-rookie-third-baseman bad, but bad. He got to a lot of balls, but made a lot of errors. Which seems to indicate that he could have improved with time, but alas, he was moved to DH pretty much full-time in 1995 as sterling Mike Blowers took over at the hot corner.

Still, Martinez has yet to be elected to the Hall of Fame for one reason: He didn't play defense for most of his career. It wouldn't have mattered if he had moved to left field and played poor defense, or if he moved to first base and couldn't pick a ball to save his life, or even if he stayed at third base and kept making error after error. If he played bad defense, he still might be a Hall of Famer. Voters don't care about whether a player was good at defense unless he's getting elected due to his defense. If a player's bat was the main reason for his candidacy, that's what would be looked at.

And Martinez's bat, there can be little question, is Hall-of-Fame worthy. He has a career batting line of .312/.418/.515 with 309 home runs. He topped a .400 on-base percentage an incredible 11 times in his career. He had an OPS above 1.000 five times. He was a seven-time All Star who would likely have been elected more often had the DH been implemented in every midsummer classic. He never won an MVP, mostly due to the same reasoning as why he is not a Hall of Famer, but he did come in third in 1995. That year was the best of his career as he hit .356/.479/.628 with 29 home runs and 52 doubles.

Martinez was a Mariner his entire career, something voters tend to like. He was one of the best hitters of his time, something voters love. He didn't reach the 500-home-run shoo-in, but he did everything else.

And if Martinez doesn't get in, what does that mean for David Ortiz, who is starting to earn legendary status in Boston? Big Papi has a career .287/.381/.549 career line. That gives both he and Martinez a near-identical career OPS. Ortiz clearly has more home run power with 431 home runs, but Martinez got on base better and still had nice power numbers.

If Martinez doesn't get in, it seems like Ortiz shouldn't get in when he is eligible in six, seven, eight years or so. Only time will tell, but unless voters drastically change their minds in the near-future, it looks like Edgar Martinez will be on the outside looking in when it comes to the Hall of Fame.