Curt Schilling has given baseball fans some iconic October performances, but that may not be enough to separate him from the other arms on this stacked ballot.

Curt Schilling will make his second appearance on the Hall-of-Fame ballot this season. He made a strong showing in his first turn, getting 38.8 percent of the vote in 2013, but with three of his best contemporaries hitting the ballot for the first time this season, he is a long shot for induction in 2014. While he can't compete with first time candidate Greg Maddux and his four consecutive Cy Young Awards, he is close in career value to his new rivals on the ballot Tom Glavine and Mike Mussina, which could help his case in the long run. 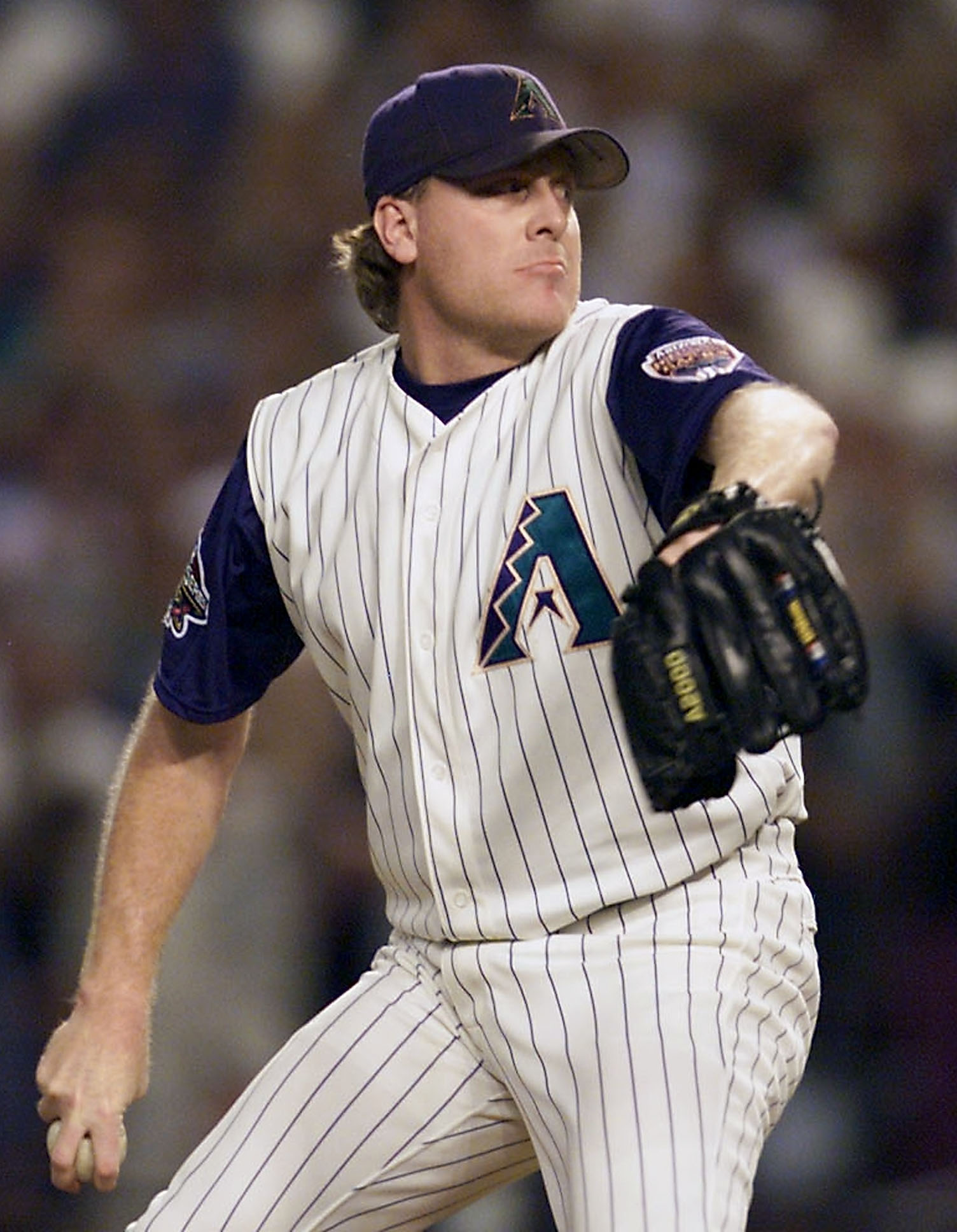 By the more advanced metrics, Schilling is quite clearly a Hall of Famer. His 80.7 rWAR career value puts him in elite company, just 1.2 wins below Bob Gibson, 2.0 wins below Fergie Jenkins and 3.0 wins below Nolan Ryan. He is 8.2 wins ahead of pitching-award-namesake Cy Young and more than 10 wins above dozens of non-controversial members like Jim Palmer, Juan Marichal, and Bob Feller. WAR isn't the only measure that rates Schilling among the elite pitchers of all time. He had one of the greatest combinations of control and strikeout ability the game has ever seen. His 4.38 strikeout-to-walk ratio is unmatched in the modern era and second all-time, trailing only Tommy Bond who pitched from 1874 to 1884.

But the biggest argument for his inclusion might be his postseason performances. He was the Phillies' NLCS MVP in 2003. He shared the 2001 World Series MVP award with fellow pitcher Randy Johnson after holding the powerful Yankees offense to just 4 runs over three starts and 21 innings for the Diamondbacks. As remarkable as those performances were, his most iconic playoff start came with the Red Sox in Game 6 of the 2004 ALCS. With his team facing their third straight elimination game, Schilling held the Yankees to one run over seven innings as his injured ankle, held together by an experimental surgery, bled into his sock. The iconic "bloody sock" game forced the Yankees to a Game 7 after they had led the series 3-0 and became viewed not only as a turning point in that series, but as a watershed moment on the way to Boston's first World Series championship in 86 years.

Schilling doesn't have any PED stain on him, but he still faces a tough battle with many writers thanks his low win totals. Schilling has just 216 wins on his career. While that is partly the product of spending some tough seasons with lousy teams in Philadelphia, it is still something a number of the voters will hold against him, particularly when looking at the gaudy totals of other players on the ballot like Greg Maddux (355), Roger Clemens (354) Tom Glavine (305) and Mike Mussina (270). But Schilling does top the 3000 strikeout mark with 3116, which should help.

Schilling's case is solid, but it rests on his long tenure as one of the top arms in the game without ever having completely towered over other pitchers in a single season the way Maddux and Clemens did. His postseason heroics should help push him over the top at some point, but with so many other qualified candidates on the ballot this year, he will probably have to wait.