Masahiro Tanaka: How many years will he get?

Even if Tanaka lives up to his advance billing, thanks to baseball's new economics, the risk is less in the financial commitment than in the numbers of years.

Share All sharing options for: Masahiro Tanaka: How many years will he get?

The very fact that teams are rumored to be lining up to bid on Masahiro Tanaka means they are conceding any skepticism they might have about a 24-0 pitcher being, by definition, an inevitable source of letdown. Even if Tanaka won't post another perfect record teams are betting on his upside. If the market does heat up to the degree that it's expected to, teams have to pause and ask a simple question: How much is too much for a team for the young righty from Japan?

Tanaka has a resume that suggests he could become one of the best pitchers in the majors as soon as he settles on a uniform. Last season he set a regular-season Nippon Professional Baseball record with a 1.27 earned run average in 212 innings pitched. He had 183 strikeouts and just 32 walks all season. Even if Tanaka fails to acclimate quickly, teams are looking at him as a long-term asset, and since the free agent market is so thin, some teams may think that betting on his ability to produce consistently on a long-term contract would be more likely to bring rewards than signing Matt Garza, Ubaldo Jimenez, or Ervin Santana.

The excitement surrounding Tanaka isn't just about his ability, but also about how changes in the posting system should make his services more accessible for all 30 teams. Tanaka will be the first player to be posted under the new system, in which the posting bid is capped at $20 million. Under the old system, posting bids were significant financial penalties, and in most cases, barriers to entry for small-market teams, who, whether it was a reality or not, felt they didn't have the sort of cash to compete against the wealthier teams. Interested teams would submit blind bids, possibly bidding against themselves. When the Red Sox successfully bid for Daisuke Matsuzaka's rights in 2006, it cost them $51.1 million. In 2012, the Rangers set a new record when they paid $51.7 million in posting fees for the right to sign Yu Darvish. 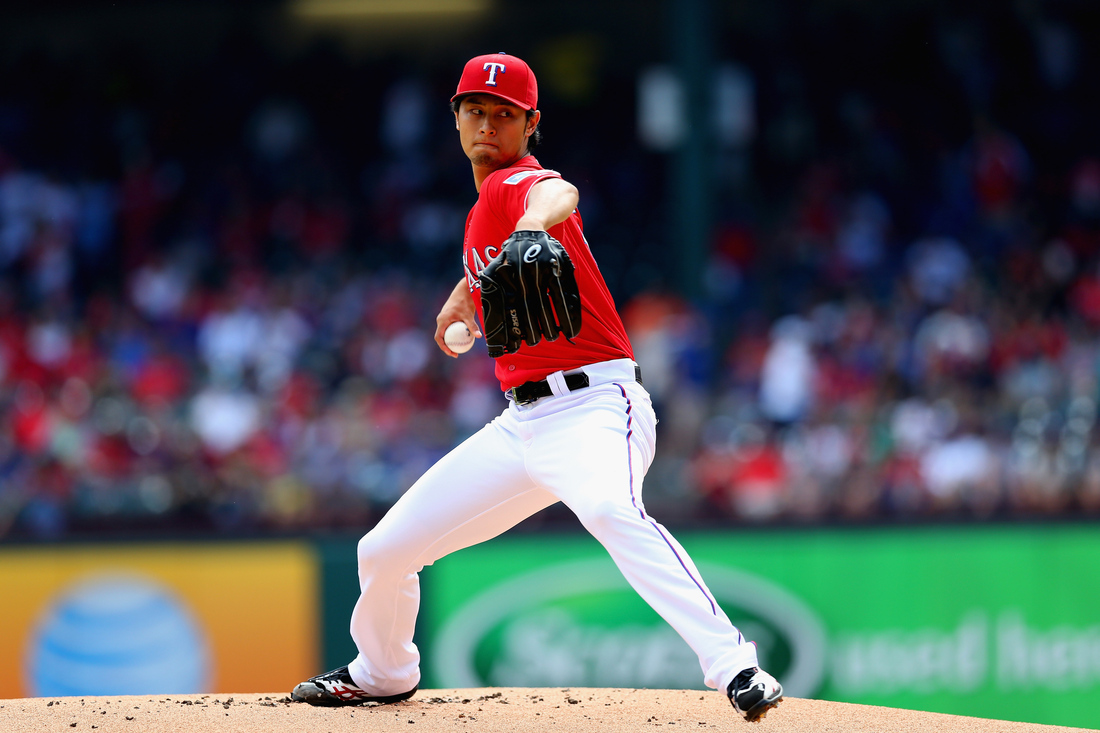 With the new posting system negotiated this winter, teams are not required to produce any money up front, they just have to be willing to submit the posting funds to NPB once a deal is brokered. The shift away from exclusive negotiating rights of the old posting system makes Tanaka (and other Japanese players posted down the road) more like free agents with a $20 million admin fee tacked on. The $20 million price tag is steep, especially with the inherent risks of spending big on a player whose development was essentially outsourced to NPB, but with the increase in team revenue from the new national television deals, under which teams will receive around $25 million more per season than they did under the old deal, it makes the prospect of signing Tanaka a little easier to explore, if nothing else. 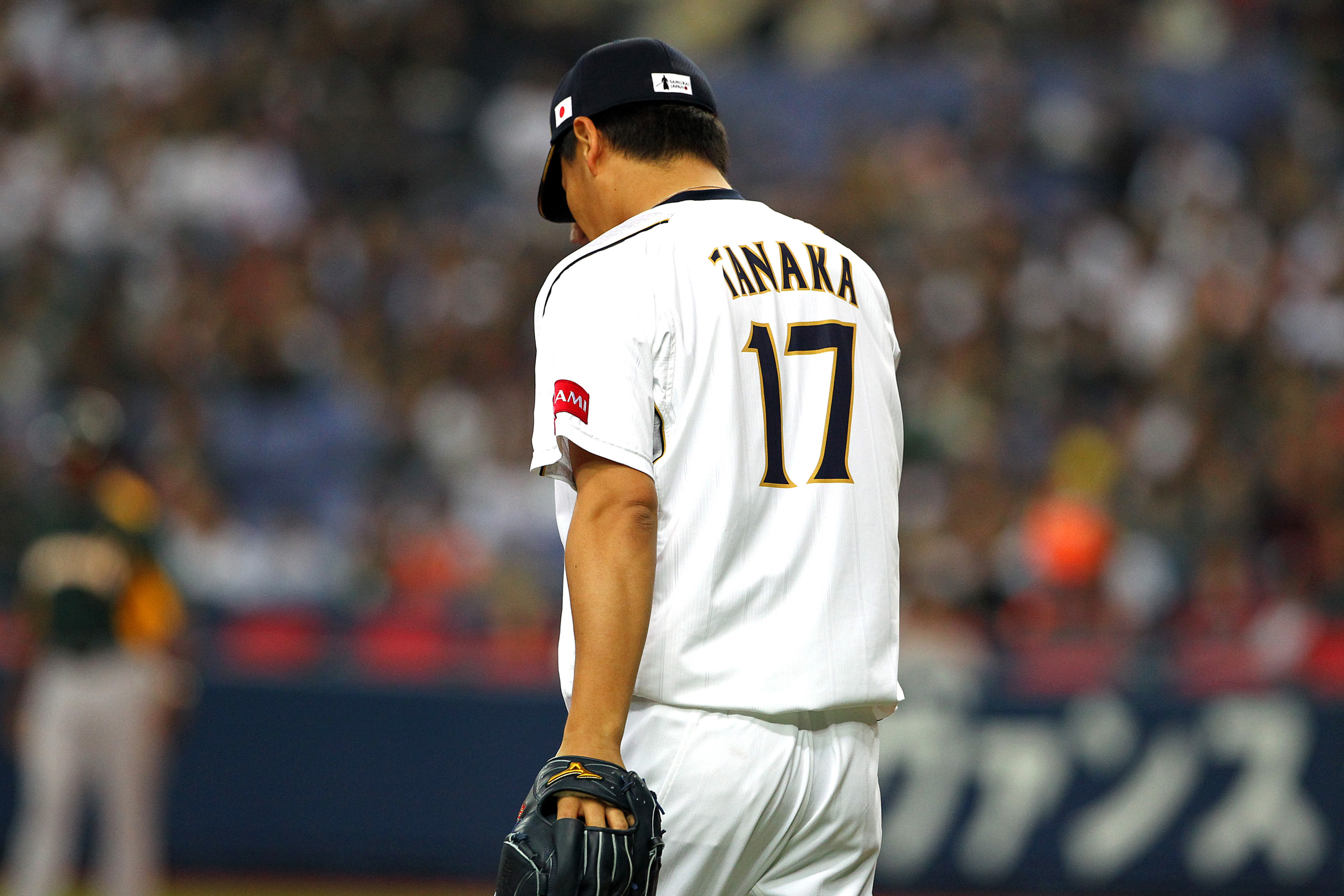 Baseball is clamoring for the coming of Masahiro Tanaka, but concern about his pitch counts during his career in Japan could give pursuing teams pause.

Capping the posting bid at $20 million is a good thing if equal access is your top concern (or if you're a fan of a small-market team, which may be the same thing), but now that more teams can potentially negotiate, the basic principles of supply and demand should tell you that it could make a deal more difficult to close. The unintended consequence of a more level playing field for signing Japanese players is twofold: teams are probably going to spend the same amount of money (or maybe more), and they may be forced to commit to longer contract terms in order to close a deal. Money that traditionally went to the NPB will now end up in the player's pocket as salary due to expanded competition.

If the early estimates are to be believed, Tanaka could cost anywhere from $17-20 million per season, but (again) the cash situation for teams has greatly improved and when analyzing these sorts of deals we have to focus less on the dollars. It's important to recognize that most teams are in a position now where there is less of an opportunity cost to spending that much on one player.

Teams may well find that in the short term Tanaka is worth the money. The bigger concern is that if the competition for Tanaka stays as hot as it's rumored to be, it might force teams to consider adding extra years onto his contract in order to sign him, which risks not only money but the possibility of performance degradation. Until recently, the sweet spot for pitching contracts, even for elite pitching, was five years, but lately teams have been willing to tack on a sixth year for pitchers such as Zack Greinke, Cole Hamels, Hyun-jin Ryu, and Yu Darvish. These deals are still in progress, so the issuing teams may yet escaped unscathed, but it's common sense to project an increased risk of something going in the final years. It seems likely that Tanaka will be able to command at least that kind of commitment. 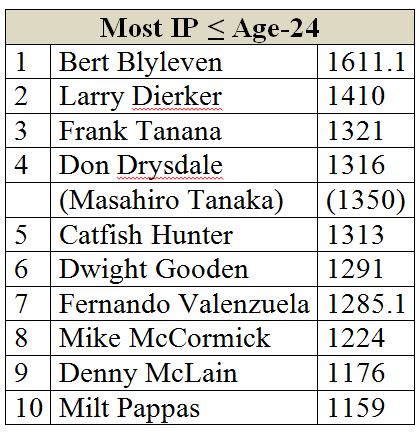 There are already some concerns about Tanaka. Though he is only 25 years old, he has pitched more innings than any major league pitcher his age in over 35 years. There is an argument to be made that perhaps pitchers have become too coddled by larger bullpens and the specialized arms that garnish their innings, but there is rightfully some concern over the life left in Tanaka's arm given his workload. Then there is his mechanics. Baseball Prospectus took a detailed look at Tanaka's mechanics and concluded that, "the combination of inconsistent momentum, wavering balance, and drifting posture is a bad omen for Tanaka's chances of sustaining walk rates that have distinguished his statistical record in Japan."

We can't predict the future or how Tanaka will age and adjust to the majors, but we can perhaps glean some insight from long-term pitching contracts in general. There have only been seven pitchers in history who have signed contracts of seven years or longer*. The market will determine if Tanaka's contract will reach that length (Darvish was given a six-year, $56 million contract, even after the Rangers posted a $51.7 million posting bid), but it seems plausible given his age and upside. While the jury is still out on the recent wave of six-year contracts since most of the pitchers are in their early years of service, but if the track record of other pitchers who signed long-term deals are any indication, there could be trouble. The table below shows the seven longest pitching contracts in history, with their WAR over the course of their contract split into three-season increments.

* Analyzing what constitutes "seven years or longer" is difficult. While teams aren't offering ten-year contracts like the one Garland received, there have been extensions tacked on to form longer contracts, as was the case with Sabathia and Felix Hernandez. The Mariners and Hernandez reached a contract extension in February of 2013, adding five years onto his existing contract, which had two years remaining. It's not a traditional seven-year contract, but it effectively functions as one. I chose to leave him off of the chart since it's early in his contract and the jury will be out on the final years of his deal for some time, but technically, he should probably be on there.

If decline and failure are inevitable, it's the exposure of the long-term deals that's the problem, not the pitchers themselves.

Not surprisingly, the majority of the pitchers did better in the first three seasons of their contracts. While Dave Stieb** and Mike Hampton performed better in seasons 4-6, that was not the case for the others on the list. What is consistent, is that all of the pitchers showed decline  beyond the sixth season; Stieb is the only one who has a WAR greater than 1.0 beyond the sixth season of their contract. With that sort of prolonged exposure, there's always the risk for injury--Garland missed the last five seasons of his contract due to injury, and Mike Hampton missed two full seasons in the middle of his due to an elbow injury.

**It's probably worth mentioning that Stieb's contract situation was a little different than the rest of the others mentioned. Though Stieb's contract is often referenced as an 11-year deal, it was actually a three-year contract with a large number of incentives and options built in. His contract with the Blue Jays was good through the 1995 season, but he was traded in 1993 to the White Sox; he pitched four games before retiring due to lingering back issues. He returned to baseball in 1998 with the Blue Jays, and pitched 19 games. 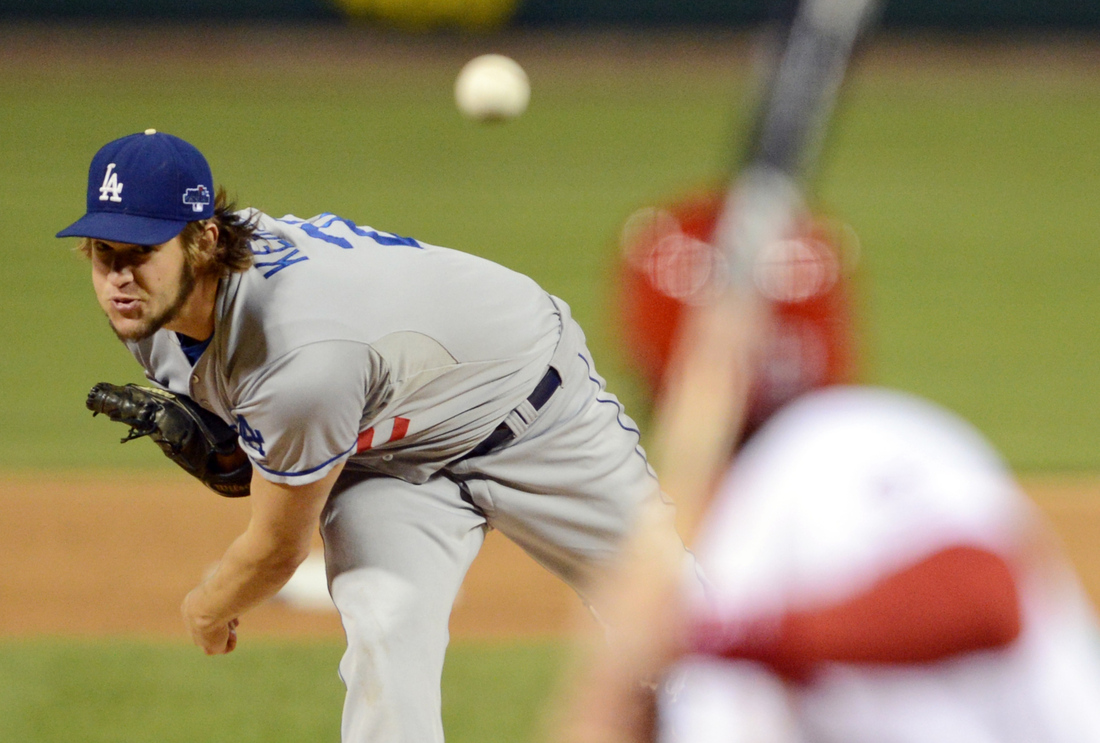 Clayton Kershaw may become a modern Wayne Garland, at least in terms of years offered, but that would represent a rejection of the hard-earned wisdom not only from the heady early days of free agency but more recent contracts such as that which the Giants gave Barry Zito, who had a -3.0 WAR in the final three seasons of his contract. The Dodgers got lucky with Kevin Brown, who was 34 when he signed a seven-year, $105 million deal, flipping him to the Yankees (at age 39) before the bottom fell out. CC Sabathia, who was in year five of his contract this season, gave up the most earned runs in the league and saw his ERA+ drop from 125 to 85 this season. Sabathia struggled to pitch with reduced velocity throughout the 2013 season, but if it's any indication of the years to come the Yankees might regret the initial length of the contract they offered him. (seven years/$161 million), never mind the October 2011 extension that kept him wrapped up through 2016 (plus 2017 vesting option).

The obvious point here isn't that players magically start struggling late in their contract just because they've been on the same roster for too long, they start struggling for the same reason pitchers on one-year contracts struggle: injury, fatigue, age, or even bad luck. If decline and failure are inevitable, and in most cases they are, it's the exposure of the long-term deals that's the problem, not the pitchers themselves. Put the contracts aside altogether and consider how many pitchers of any age or ability have five, six, or seven consecutive years of both health and high performance. It almost never happens.

In shorter deals, some of the risk is pushed back to the player, but it's unrealistic to think that teams can sign or keep elite talent on short-term deals for that very reason. In the quest for security, the best that teams can try to do is mitigate the risk by maintaining a deep pool of secondary options. Spending a lot of money on a player is one thing, accepting that over the course of a seven-year contract that player might not even take the field in some of them is quite another. Even if the financial risk is mitigated by television revenues, the competitive risk that comes from having to unexpectedly replace a pitcher that was counted upon to be on of a team's top two or three starters is quite another.

Maybe teams have been chastened enough that Tanaka's final deal is in the five-year range, but it doesn't seem likely. It's going to take a lot of wishful thinking in terms of upside and perhaps even turning a blind eye to the dangers of long-term pitching contracts to sign Tanaka. For a contender, visions of Tanaka as the last piece of the puzzle will ease concerns about risk. They'll convince themselves the 25-year-old can help their chances, and he probably will ...At least part of the time, that is.