While he doesn't have the rings or hardware to show it, Mike Mussina was one of the more dominant pitchers of his era. Will Hall voters recognize it?

It's fitting that  Mike Mussina makes his debut on the same Hall of Fame ballot as Frank Thomas, as the two met in Mussina's debut in 1991, with the longtime White Sox slugger's solo home run accounting for the only blemish in the Oriole's impressive initial 7⅔ innings. As with many others on this ballot, the crowded pool of potential inductees is going to be a problem for Mussina. His case for induction is a good one on it's merits, but it's unlikely that he'd received 75 percent of the vote even in a sparse year, so putting him up against this competition doesn't bode well for him. The true achievement for Mussina will be receiving the 5 percent required to stay on the ballot, which would be the first step in a long climb towards a shrine in Cooperstown.

Following his sparking debut against Frank Thomas and the White Sox (it was a loss, by the way), Mussina continued to shine for the remainder of that 1991 season, recording a 2.87 ERA. He was even better the following season, going from 20th overall pick in the 1990 draft to staff ace in short order. 1992 saw Mussina log 241 innings of 2.54 ERA. While the strikeouts hadn't arrived yet (only 4.9 per nine innings), he limited walks (1.8 per nine) and home runs (0.6 per nine) on his way to an 18-5 record. This was the first of 11 seasons in which Mussina would throw at least 200 innings. Mussina's 1992 season earned him fourth place in the Cy Young Award voting, though he was second among pitchers when it came to Wins Above Replacement (WAR) with a stellar 8.2. This would mark the first of nine times that Mussina earned Cy Young votes, finishing as high as second in 1999. That 1992 season was also the first of five All-Star selections he'd receive. 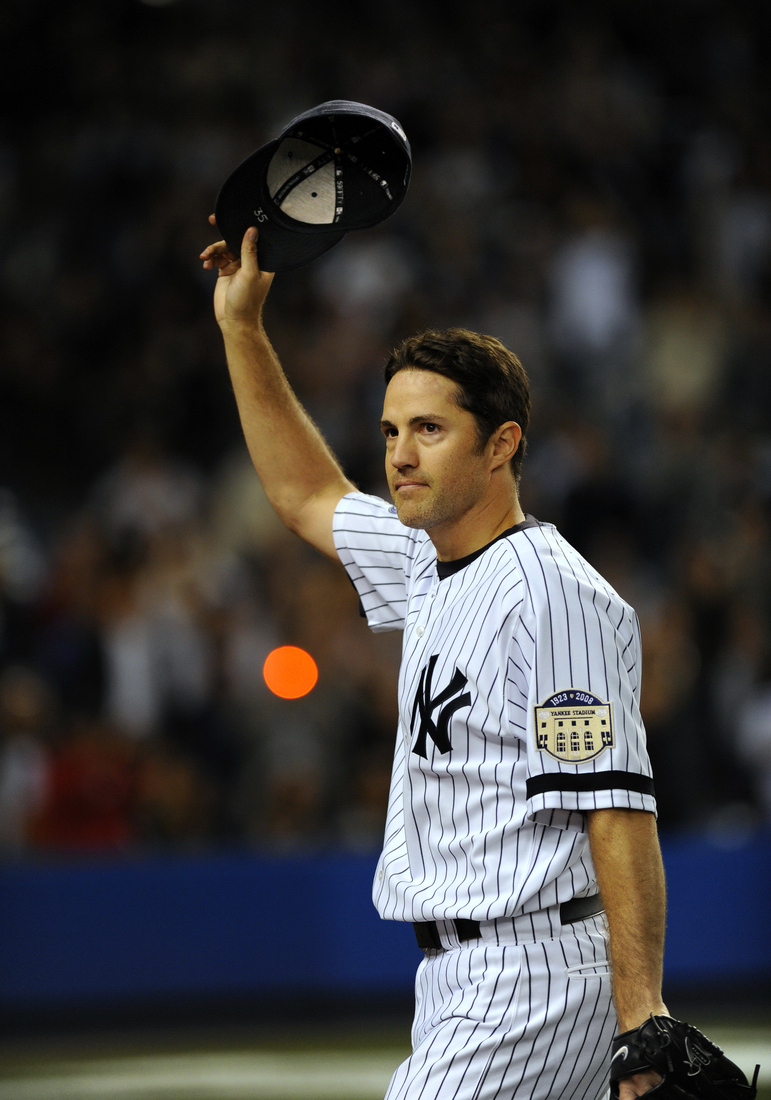 Hall of Fame credentials are built on both career longevity and peak value, with ideal candidates sporting a healthy dose of both. Mussina's case is founded in consistent excellence without a truly dominant peak. Mussina's 270 wins land him 33rd on the all-time list, more than 32 other Hall of Fame pitchers. He's in the top 20 (19th overall) when it comes to strikeouts, and his strikeout rate lands him in the top 10 of pitchers with 3,000 innings. Where Mussina was truly special though was his ability to command the zone. He wasn't an elite bat-misser with that 7.1 strikeout per nine innings ratio, but when paired with his meager two walks per nine innings (career), it made for a potent combination. Add in the six gold gloves Mussina earned, and his credentials appear even stronger when it comes to measuring total value as a player.

While he never won a World Series in his career, Mussina did kick it up a notch in the postseason, with a 3.42 ERA in the playoffs compared to a 3.68 ERA in the regular season. His strikeout rate jumped from 7.1 per nine to 9.3, and his 145 total strikeouts rank him fourth all-time. His won-loss record in the playoffs will underrate him, as his team often failed to provide him with any run support, failing to get him more than three runs in all but four games out of his 23 starts.

Advanced stats only serve to strengthen Mussina's claim to Cooperstown. By now we should be familiar with Jay Jaffe's JAWS metric, which averages a players' career WAR with his 7-year peak WAR. In this respect, Mussina ends up much the same as Tom Glavine did, with a career WAR that exceeds the average Hall of Fame pitcher (83 for Mussina, compared to 72.6 for the average Hall starter) and a peak WAR that doesn't quite measure up (44.5 compared to 50.2). The JAWS total though, comes out to favor Mussina, as he scores a 63.8 versus the average Hall starter's 61.4. This shows that Mussina would actually raise the Hall's standards when it comes the value of a starting pitcher. In fact, Mussina's career WAR ranks ahead of Glavine himself, who is considered a near lock for enshrinement (at least eventually).

While his career may lack the hardware that would demonstrate peak dominance (no Cy Young Awards), it's worth noting that Mussina was more than merely "good" for an extended period. He peppered in some truly special performances, including once coming within one strike of a perfect game and another time coming within two outs of a no-hitter. He fell short in both efforts, just as he fell short in his bid for a Cy Young, with his best season came in 1999, the same year Pedro Martinez annihilated the American League and won the award unanimously.

The relative weakness of Mussina's career is likely to be a sticking point for some, as is his lack of a Cy Young award. It's hard to claim that you were one of the league's best when you were never voted the league's best at the time. That's ignoring context, but ignoring context has never been an issue for Hall voters before. His distance from the 300 win barrier is likely to be an issue with some voters as well; though it's worth noting that Mussina made a conscious decision not to chase 300 after recording the first 20-win season of his career in 2008 at age 39, perhaps demonstrating Seinfeld's theory of showmanship in a way George could never fully understand.

The true enemy in Mussina's situation though is the overcrowded ballot. "Moose" is a borderline top-10 in this year's class, and while he will deservedly appear on many ballots, there is a stronger case for many others. If your theory is to select the 10 best cases for the Hall of Fame in a class, it is possible to leave Mussina off without being unreasonable. Mussina will likely look to someone like Bert Blyleven in terms of a path to follow to Cooperstown, as Blyleven barely earned enough votes to stay on the ballot after his first year eligibility before ultimately being inducted on his 14th attempt. As it stands now, Mussina has is sitting pretty at just under 35%, with 106 full ballots recorded according to Baseball Think Factory. With just a few more votes he is guaranteed to stay on the ballot another year, which is all that Moose supporters can really hope for.

The statistics support Mussina's candidacy, but he lacks some of the shinier numbers and awards the Hall voters tend to look to. If they take the time to look a little deeper though, they'll see that the facts are on Mussina's side and that he not only deserves entry into the Hall of Fame, but that in voting him in, they'd be raising the bar.