Rafael Palmeiro may have the numbers to be a sure-fire Hall of Famer. He won't be, though.

The specter of steroids has hung over baseball for the last decade. Barry Bonds and Roger Clemens, et al, have not gotten into the Hall of Fame yet despite being unarguably among the best to ever play the game. 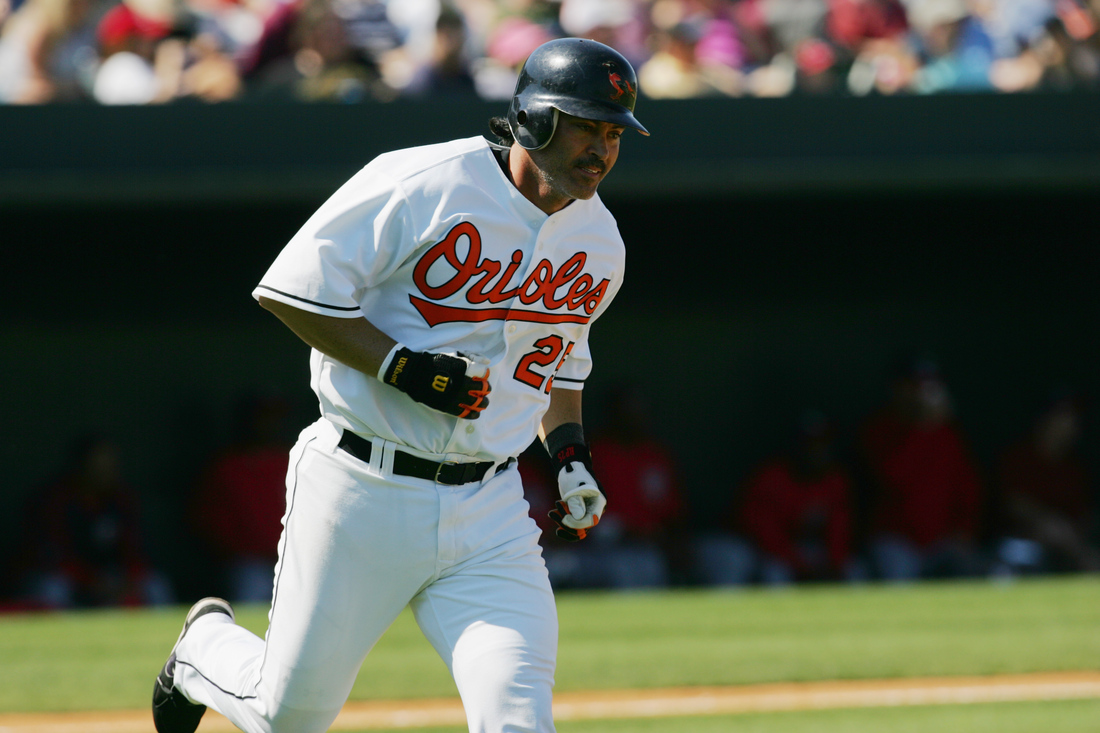 At the surface, Rafael Palmeiro is a Hall of Famer. After starting his career with the Cubs, he thrived with the Rangers and Orioles, both of whom he had two stints with. The counting numbers and rate stats are there. He won three Gold Gloves. He was a multi-time All-Star. He won't be elected to the Hall of Fame.

There are 25 players in baseball history to slug 500 home runs. Of those, two are still active, three are not yet eligible for Hall of Fame voting and one (Frank Thomas) is on his first ballot. Of the remaining 19, 15 are Hall of Famers. The other four? All-time home run leader Barry Bonds, Sammy Sosa, Mark McGwire and Rafael Palmeiro.

Palmeiro's 569 long balls are the 12th-most ever. Traditionally, 500 home runs has been a golden ticket for the Hall of Fame. It's such a rare feat that only the greatest players have achieved it. It takes talent, durability, consistency, and more talent.

There are 28 players in baseball history to have 3,000 hits over their careers. One is banned from baseball for life, one (Derek Jeter) is currently active, and one is Craig Biggio, who is in his second year on the ballot and has a good shot to make the Hall in the near future. Of the remaining 25, 24 have already been enshrined. The 25th is Rafael Palmeiro.

Palmeiro's 3,020 hits rank 25th all-time. Once, 3,000 hits was an automatic bid into the hall. Oscar-snubbed movies have been made about the quest for that magical number! A player with 3,000 hits and 500 home runs? There have only been four: Palmeiro, Hank Aaron, Willie Mays and Eddie Murray. The latter three were all first-ballot Hall of Famers.

Palmeiro played 20 seasons, hitting .288/.371/.515. He was a four-time All Star and arguably should have earned that honor several more times. He finished in the top-10 in MVP voting three times and garnered votes in seven other years. He was one of the most durable players of all time, having never been placed on the disabled list.

Of his 569 home runs, 414 came after he turned 30 years old. Likewise, over half his hits came after he reached that age milestone.

It's possible Palmeiro is telling the truth that his lone positive test came from an accidental ingestion of something and that he truly never did take steroids willingly. But if there's one thing the writers who vote for the Hall of Fame hate, it's steroids. Even more so when a player suspected of taking steroids refuses to admit and apologize for his crime.

This is Palmeiro's fourth time on the ballot. In his first three tries, he received 11.0%, 12.6% and 8.8% of the vote, respectively, as writers refused to give him the nod.

Right now, baseball lives in a world where Craig Biggio and Jeff Bagwell and Mike Piazza are all threats to not be elected to the Hall of Fame due to even the faintest suspicions of steroid use. A world where Barry Bonds, one of the best players to ever play the game with or without steroids, received just 36% of the vote in his first appearance on the ballot due to his use of performance-enhancing drugs.

So where does that leave Palmeiro? A player who was suspended for steroids and who has the counting stats but was never one of the best players in the game during his time? Probably on the outside looking in. At least for the next few years.