Mike Piazza was arguably the best offensive catcher of all time. Will 2014 be the year he is inducted into the Hall of Fame?

Mike Piazza's batting numbers would gain him votes to be a Hall of Famer at any position. As a catcher, he may be one of the best of all-time. In his first year on the ballot in 2013, he received nearly 58 percent of the vote, around 17 percent short of induction. He should receive a bump this year, as writers won't have to worry about the "first ballot" honor, and based solely on his offensive merits he seems like a likely choice to be named a Hall of Famer at some point. 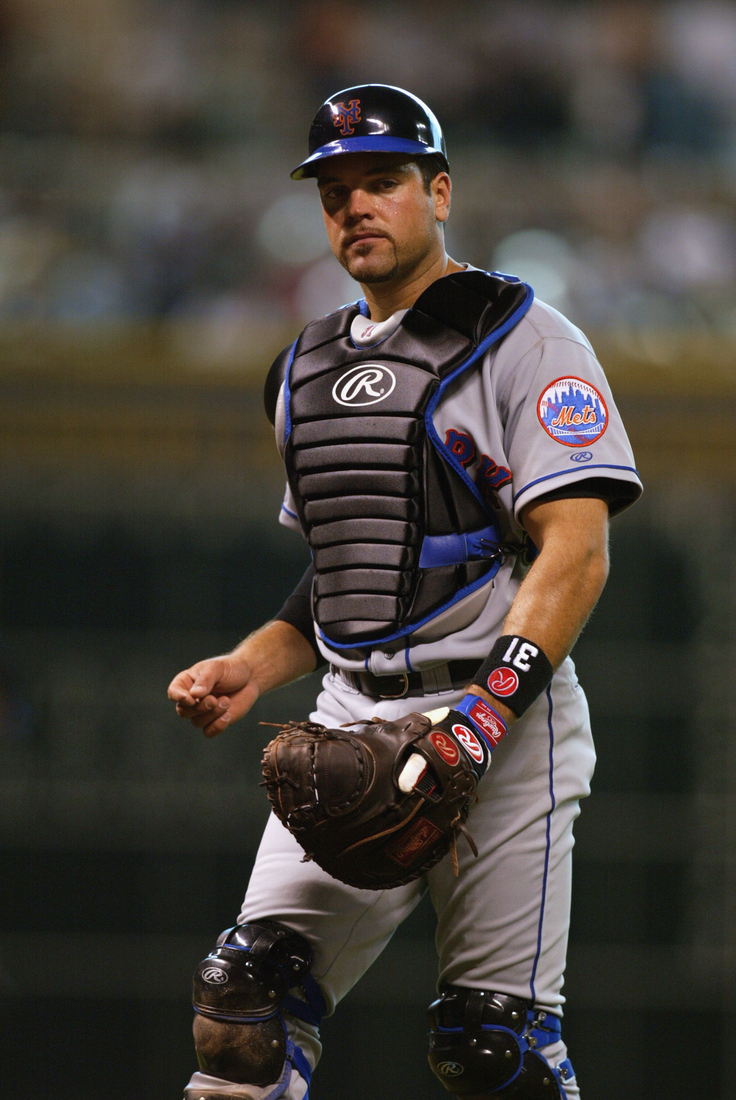 However, speculation and bad information may keep him out of the Hall, at least for the next couple of years.

Among catchers, Piazza's .308 batting average ranks eighth in MLB history. His .377 OBP is good for 12th all-time. His career .545 slugging percentage, 427 home runs and .922 OPS are all far and away the best ever for a catcher. At his position, a case could be made that Piazza was the best hitter baseball has ever seen.

When the announcement was made that the Twins would move catcher Joe Mauer to first base permanently, many wondered what it meant for Mauer's Hall of Fame chances. As a catcher, it seemed Mauer was on his way there. Mauer is switching positions at 30 years old. Through their age-30 seasons, Piazza was better, with a .966 OPS compared to an .873 OPS for Mauer. And Piazza both stayed at catcher and kept hitting at a phenomenal level for several more seasons.

Piazza was elected to 12 All-Star games. He won 10 Silver Slugger awards. He won the 1993 NL Rookie of the Year award. He was in the top five of MVP voting four times, finishing second twice. He surpassed a 1.000 OPS in four seasons.

His credentials would make him a worthy candidate at any position around the diamond. As a catcher, Piazza may be unsurpassed offensively. Catcher wins above replacement are iffy due to the difficulty of grading their defense, but there are 13 backstops in the hall, with an average of 52.4 rWAR among them. Over his career, Piazza stands at 59.2 rWAR, fifth all time among catchers.

Why writers won't vote for him:

He may have stuck at catcher his entire career, but that doesn't mean he was good at it. Or at least, that's the perception. In actuality, Piazza may have been a very good defensive catcher. But the BBWAA doesn't always let facts get in the way of their voting. What's important is that there is a feeling that he wasn't good in the field, and that could keep at least some writers from voting Piazza on their ballots.

Perhaps even more importantly, Piazza's chances are jeopardized somewhat just due to the era in which he played. He played in the same time frame as Barry Bonds and Roger Clemens and Mark McGwire and Sammy Sosa. That means trouble for his Hall of Fame case in two ways. The first is that those players may have helped cost him major awards that would otherwise strengthen his bid.

The second, and more important way, is that nearly any player from that era has or will come under suspicion of using performance-enhancing drugs. Even Craig Biggio has had people question his legitimacy. Of course, there has never been any solid proof that Piazza has used steroids. He didn't hit like an MVP well into his 30s -- in fact, he hit 20 home runs just twice in a season after turning 34.

Instead, there is only back acne and hearsay about Piazza using steroids. That may be enough to keep him out of the Hall for a bit, but it appears more likely that he will get in either this year or in the not-so-distant future.