Jeff Bagwell was one of the greatest players of the 90s and one of the best first baseman of all-time. Can the voters look past rumors that his numbers may have been enhanced chemically?

Discussion of the  2014 Hall of Fame class has been dominated by the suspicion of steroids and which players may or may not have used them. Jeff Bagwell's candidacy has been handicapped by those rumors for much of the last decade. Will those whispers be enough to keep one of the best players of the 90s out of the Hall of Fame? 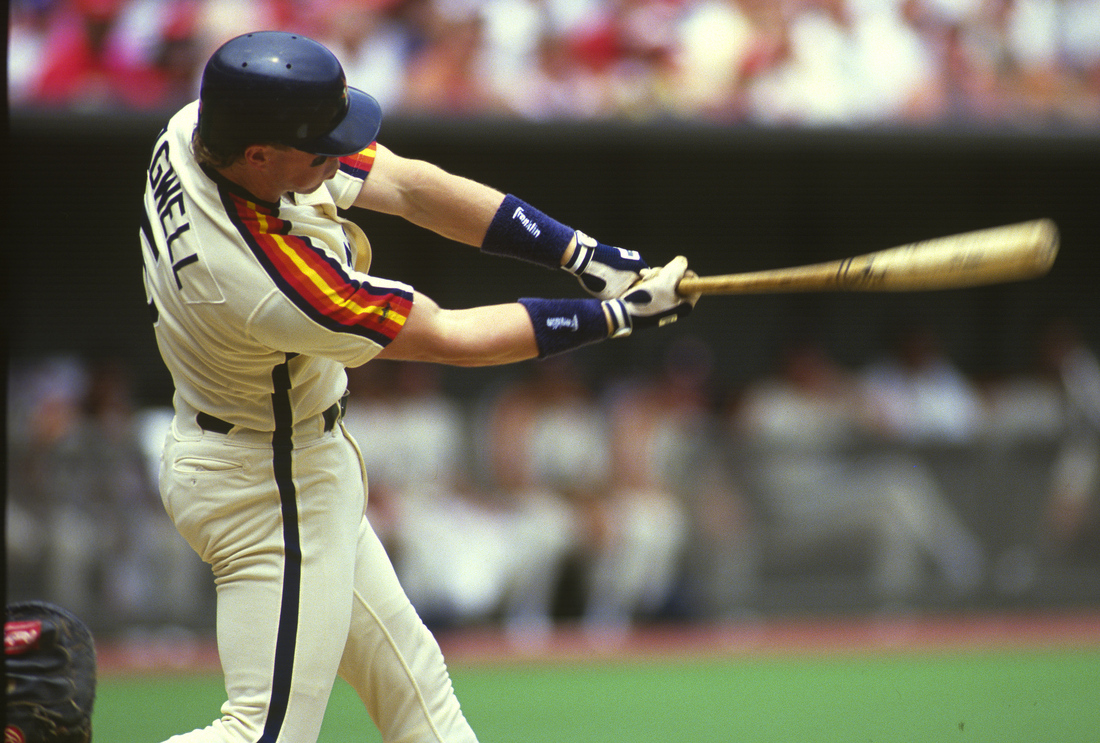 Until he was forced to retire due to shoulder issues, Bagwell consistently ranked among the best players in baseball. He was so consistently good that, up until his injury-plagued final year, his worst year came as a sophomore player in 1992 when he hit .273/.368/.444 with 18 home runs and 97 RBI. For a 24-year-old s his worst season came second-year player, that really not so bad of a "worst year".

Though his career was a bit shorter than he would have liked, the fact that Bagwell was great each season plays into his favor. In addition, his spending his entire career with one team may also earn him an extra vote or two.

Two reasons: The "Hall of Very Good" argument and the suspicions that he may have used steroids.

Bagwell was excellent, but he fell short of major milestones. He was 51 home runs shy of 500 and needed nearly 700 more hits before he reached 3000. He was only elected to four All Star games. He also rarely led the league in any major categories.

His 948 career OPS is phenomenal, but for a first baseman it's not as outstanding as if he were, say, a third baseman or center fielder. His OPS also does not look as good given the fact that he played in the steroid era, when many other players also put up incredible numbers. Thus, he may be relegated to the "Hall of Very Good" as so many baseball writers are fond of putting it.

Speaking of the steroid era, for a player who is already on the fringe of candidacy just based on his credentials, even rumors that he took steroids could kill Bagwell's candidacy. Since 2004, he has been denying he ever used performance enhancers, but the whispers remain after he got significantly bigger over his career with the Astros. He attributes that to a fanatical workout routine. Still, even hints that he ever used steroids are enough for many writers to keep him off their ballot to make a point.