Fred McGriff hit 493 home runs in his career and boasts a sparkling postseason resume. Is that enough to get him into the Hall of Fame amidst a generation of inflated offensive performance?

The Steroid Era is costing many all-time greats their shot at the Hall of Fame due to the Integrity Clause, but it is having a very different effect on Fred McGriff. Although McGriff is generally considered to have been clean, the league-wide offensive explosion that occurred at the tail-end of his career makes his numbers look less impressive in comparison to the players that followed him.

This is McGriff's fifth appearance on the ballot. His best showing came in 2012, when he was named on 23.9 percent of ballots, but that total dropped to 20.7 percent last year. He will have a tough time improving on that total this year with the presence of superior first basemen such as Frank Thomas and Jeff Bagwell on the ballot. 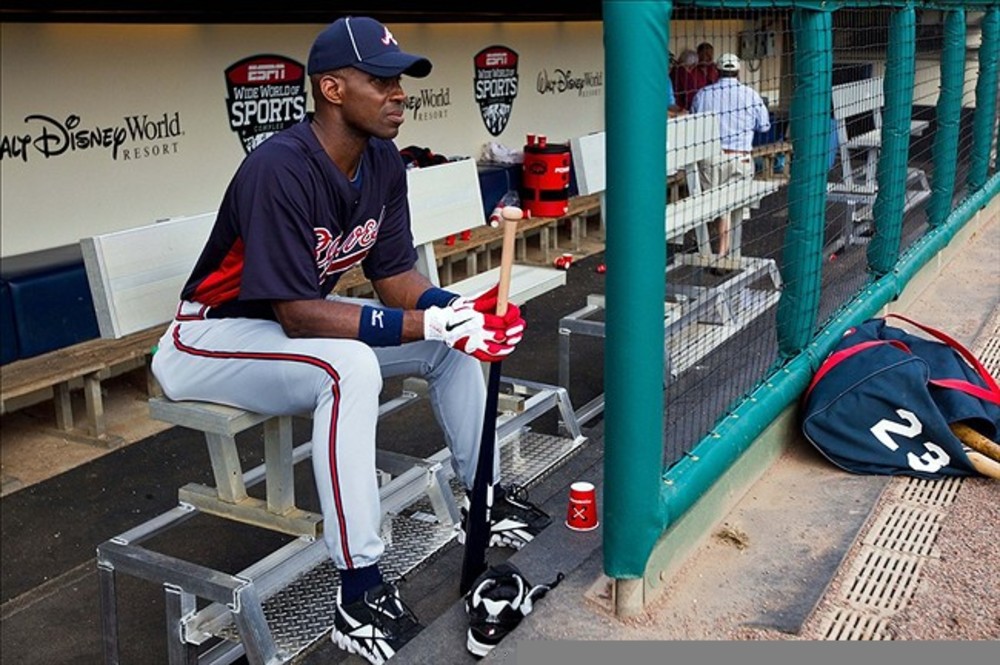 McGriff's resume is based on durability and consistency rather than on an elite peak. He hit at least 30 home runs for seven straight seasons and ten times overall, and his 493 long balls are tied with Lou Gehrig for 26th all time. He also surpassed 100 RBI in eight different seasons and drew at least 90 walks five different times. His overall batting line was .284/.377/.509, and he had 10 seasons with an OPS+ of at least 130. He was never the best in any given year, but he was always among the strongest hitters in the game.

The Crime Dog had a successful postseason career, as well. His teams made the playoffs five times, and he responded with a line of .303/.385/.532 in 50 games -- even better than his regular season numbers. He kept it up in the two World Series in which he played; four of his 10 postseason home runs came in his 52 Fall Classic plate appearances (he slugged .605 in those games).

Most importantly, McGriff's numbers came just before offensive stats skyrocketed in the late-90s. He never hit more than 37 home runs in a single season, yet he still led his league twice. Hitting 500 home runs was once seen as an automatic ticket to Cooperstown, and McGriff came awfully close to reaching that milestone. Had the 1994-1995 labor problems not subtracted some key games from his prime, he almost certainly would have made it.

It's easy to look at McGriff as a compiler. He never won an MVP, finished in the top-five only once, and placed in the top-10 only six times -- he was always good, but rarely great. A poor runner and fielder, McGriff was purely an offensive player, but he never reached 40 home runs in a single season; even before the so-called Steroids Era, it was not uncommon for the best sluggers to top 40 from time to time. He's sort of like a clean Rafael Palmeiro, but without the traditional milestones of 3,000 hits (McGriff had 2,490) or 500 home runs. To make it as a compiler, you need more impressive career totals.

Crime Dog also falls short in terms of WAR. His bWAR total of 52.6 is far short of the average Hall of Fame first baseman (65.7), and his seven-year peak of 36.0 doesn't match up with the HOF-average of 42.3. JAWS ranks him as the 27th-best first baseman in history, beneath Hall of Very Good players like Keith Hernandez, John Olerud, and Will Clark. He also never enjoyed a single season with at least seven bWAR, and surpassed six only twice.

Fred McGriff enjoyed a quality career, but he feels more like a Hall of Very Good player. He really only contributed significantly in one area (home runs), and he was never the best at that one thing. He might be able to hang around on the ballot for awhile longer, especially since he doesn't have any PEDs-suspicions costing him votes, but he has no chance of enshrinement this year and is unlikely to make it to Cooperstown via the BBWAA ballot.