The Hall of Fame should be great, but there is too much standing in the way for that to happen these days.

Share All sharing options for: Why the Hall of Fame doesn't matter anymore

I want to care about baseball's Hall of Fame. The idea of a museum that functions as a record of the best players ever to take Major League Baseball's field is a great one, but in practice, there is just too much getting in the way of my affection. The voting pool is full of wannabe-moralists, the Hall itself stuffed with countless odd -- and undeserving -- inclusions thanks to the Veteran Committee's incessant ineptitude, and, as of late, new inductees who dilute the talent pool, selected at least in part because of the steroids era that so many voters want to sweep under the rug.

Jim Rice wasn't considered a Hall of Fame-caliber player for 14 of the 15 years he was on the ballot, but suddenly, after the explosion of offense of the 90s was ignored by many because of PEDs, he was voted in because of the (clean) fear he inspired in the 70s and 80s. Jack Morris, similarly, could get the same treatment on Wednesday when the new inductees are announced, because it's easier to frame him as the pitcher of the 80s when you pretend Roger Clemens doesn't count. Andre Dawson was inducted at least in part because Rice was, there are still those pushing for Dale Murphy who won't vote for far better players... the list goes on. And the fact I have to say this makes me dislike the whole thing even more, because all of these players were really, really good.

The Hall of Fame should be about celebrating careers, accomplishments, and the ever-improving health of baseball, but instead it's about take-downs and selective moralizing. Throughout history, the BBWAA has actually done a solid job of inducting the right players, the best players, the most important players. Now, though, with all of these moralistic judgment calls because of known cheating, rumored cheating, or imagined cheating, things are clouded, and getting to the 75-percent induction threshold isn't as simple as it once was. Ask Craig Biggio, who led in votes a year ago but wasn't inducted, giving us an empty Hall of Fame class right before an influx of new talent came in and created a new problem: more worthy candidates than slots to vote for them. When someone with a viable Hall of Fame career falls off of the ballot this year because he couldn't pull in the five percent necessary to persist, we'll see this problem in action.

As for the take-downs, those come from the BBWAA members themselves, often in the form of the aforementioned steroids speculation, all while wearing the uniform of the morality police, or from non-BBWAA writers who score points with sarcasm and snark, earning themselves pats on the back from their peers but rolled eyes and defense-first responses from those whose viewpoints are under fire. Just as not all of the BBWAA is a problem, not all of what the blogosphere/internet/whatever writes fits the bill, but the existence of this material on both sides is enough to push this writer out of the realm of caring and into more of a nihilistic view of this whole thing. 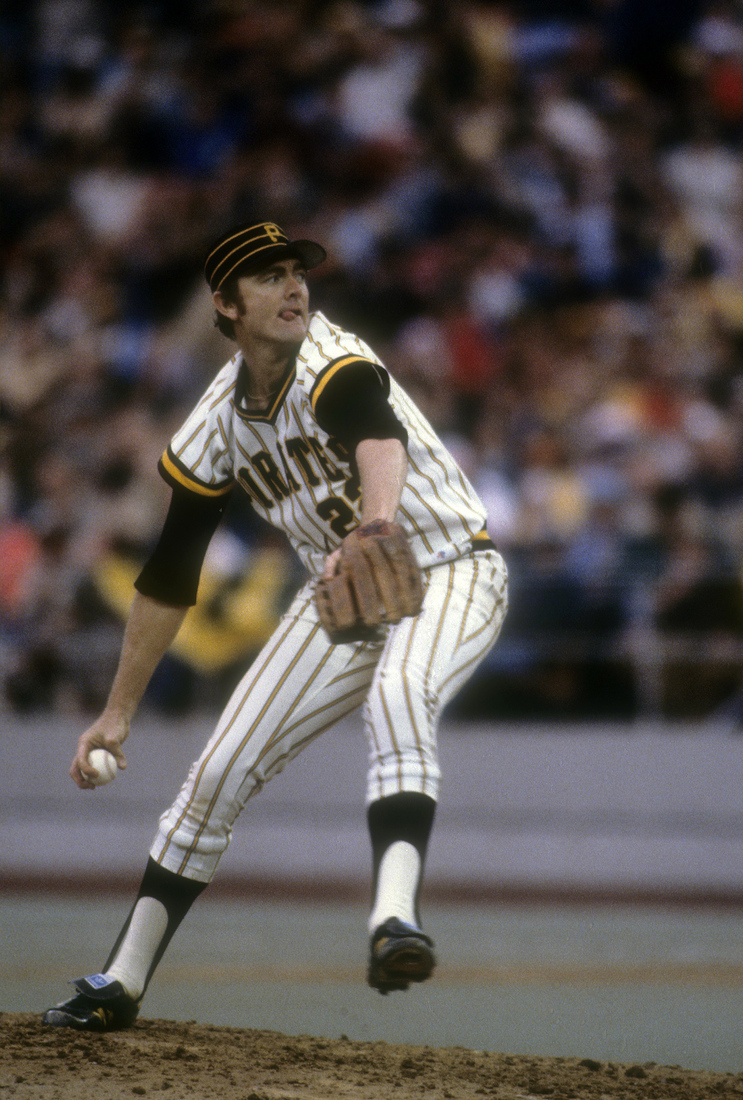 How do I justify going from being all-in on Cooperstown just a few years ago to not caring at all? It's pretty easy, really. All we truly care about when it comes to the Hall of Fame is that the players we watched, loved, and connected with, the ones we remember seeing, get the recognition they deserve. It was good seeing Bert Blyleven make it into the Hall of Fame after a lengthy wait on the ballot, but on a personal level, all I had to appreciate is that this pitcher I never saw, whose only connection with me came from the impassioned arguments of others and from his Baseball-Reference page, was given the proper kudos. A Hall of Fame that accurately reflects the best of the best is important, so Blyleven was and is a win in that regard, but it only matters if it's always accurate. By ignoring the 90s, Cooperstown will be incomplete -- more so than it already is, I mean. When you push aside an entire generation of players, those that performed when  I and millions of others had their formative baseball years, you risk creating a whole lot more Hall of Fame nihilists -- there won't be anything to connect them to it.

Again, it's not the entire BBWAA that's at fault here, but there are just enough voters out there submitting ballots with a check mark next to Jack Morris and a giant middle finger covering the rest of the page to screw up the process. There are also just enough voters who don't even cover baseball anymore but still have a say in writing its history, who only have to think about the game one day per year, to muck things up even further. Believe me, I'm not one of those people who thinks the BBWAA should be replaced en masse, or that The Internet knows what's best for business and should be given voting rights in their stead, but it would be pretty cool if we could get actual baseball writers to vote on what is, in theory, at least, baseball's greatest honor.

Again, I want to care. I want them to heal what ails the voting process -- both on the BBWAA's side and the latest incarnation of the Veteran's Committee, which inducted Tony La Russa's steroid-fueled managerial career but not the single most important individual in baseball history, Marvin Miller. I want as many voters as possible to realize that no era in this game has been perfect, that each of the game's epochs has been mired by problems far more significant than extra testosterone. That shouldn't be asking a lot, but it is, and for that reason, all the wanting to care in the world can't make me actually care.

I'll still go to Cooperstown to check out the museum at some point. Unless the whole system is even more screwed up than I believe, I'll visit when Pedro Martinez is inducted a year from now, and spend my time in the non-Hall of Fame portion of the Cooperstown museum, checking out the real history of the game through the artifacts and exhibits living there. I'm sure it will be an enjoyable trip, but it won't be what it could have been, and it's too late to change that now.