Name puns aside, Giants' rookie second baseman has made a name for himself by displaying his composure throughout these playoffs and World Series. He did so again on the biggest stage of his life, making a diving stab to prevent a single, and turn it into a double play. 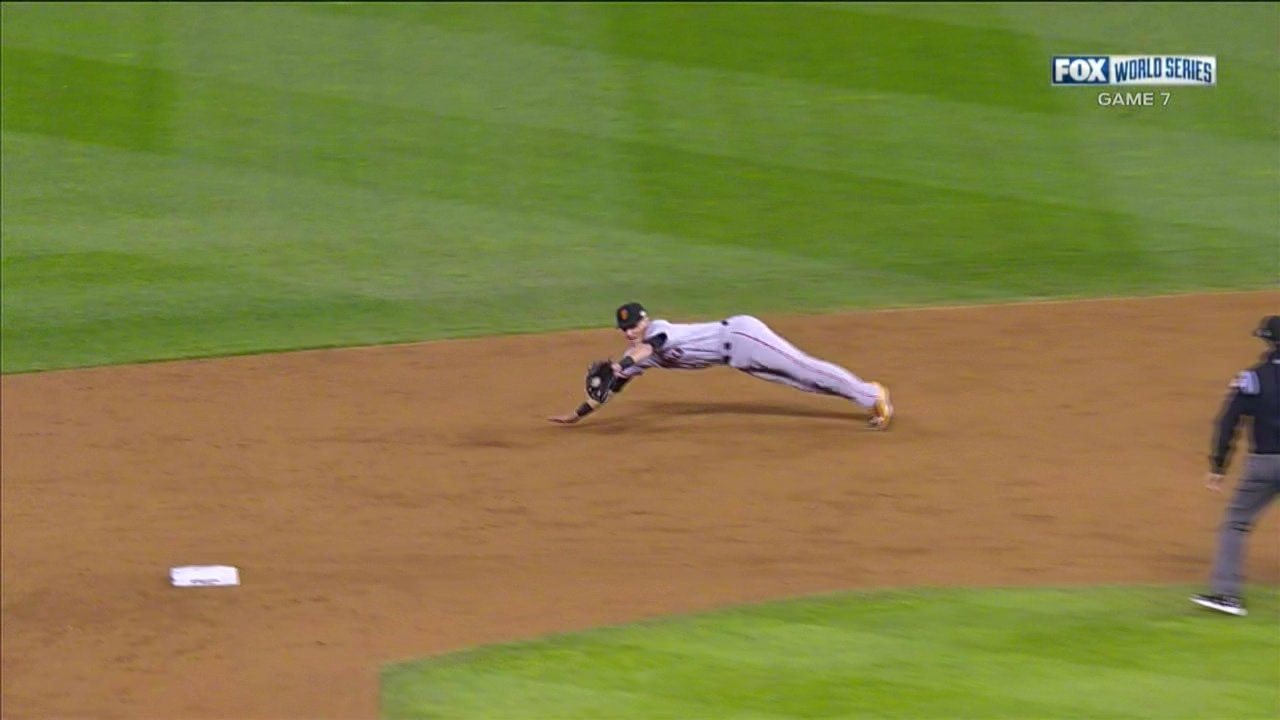 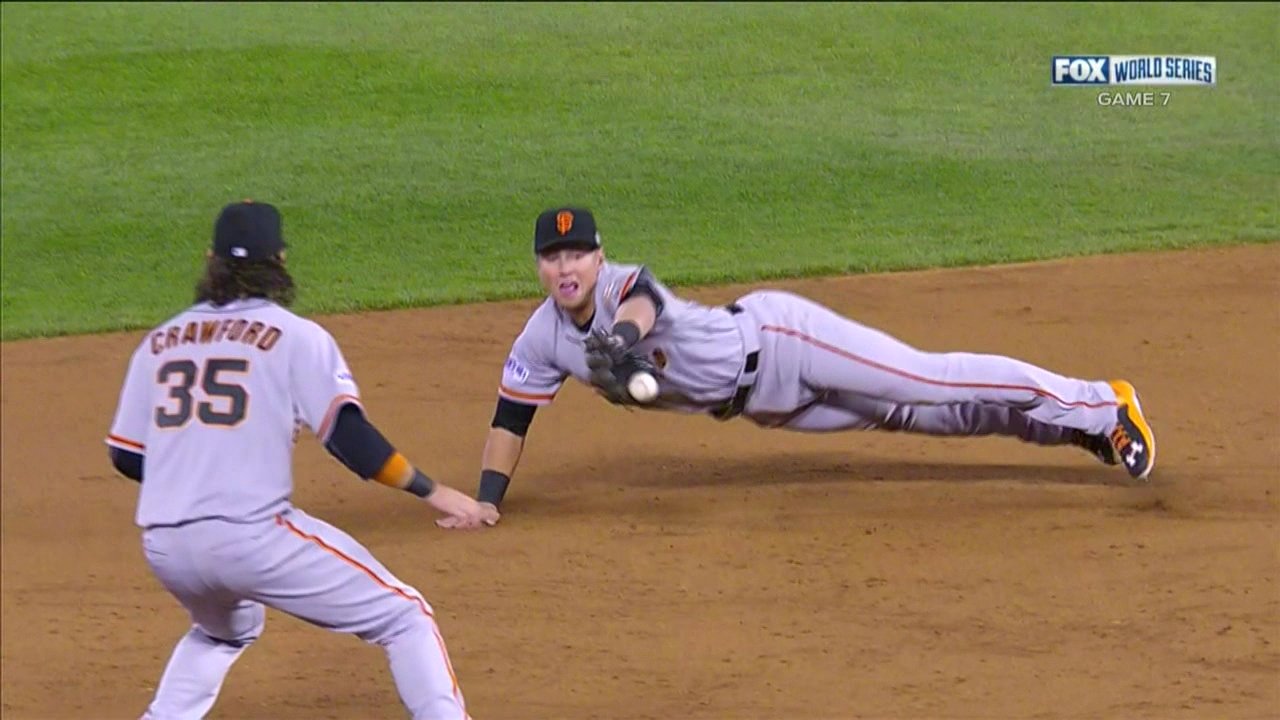 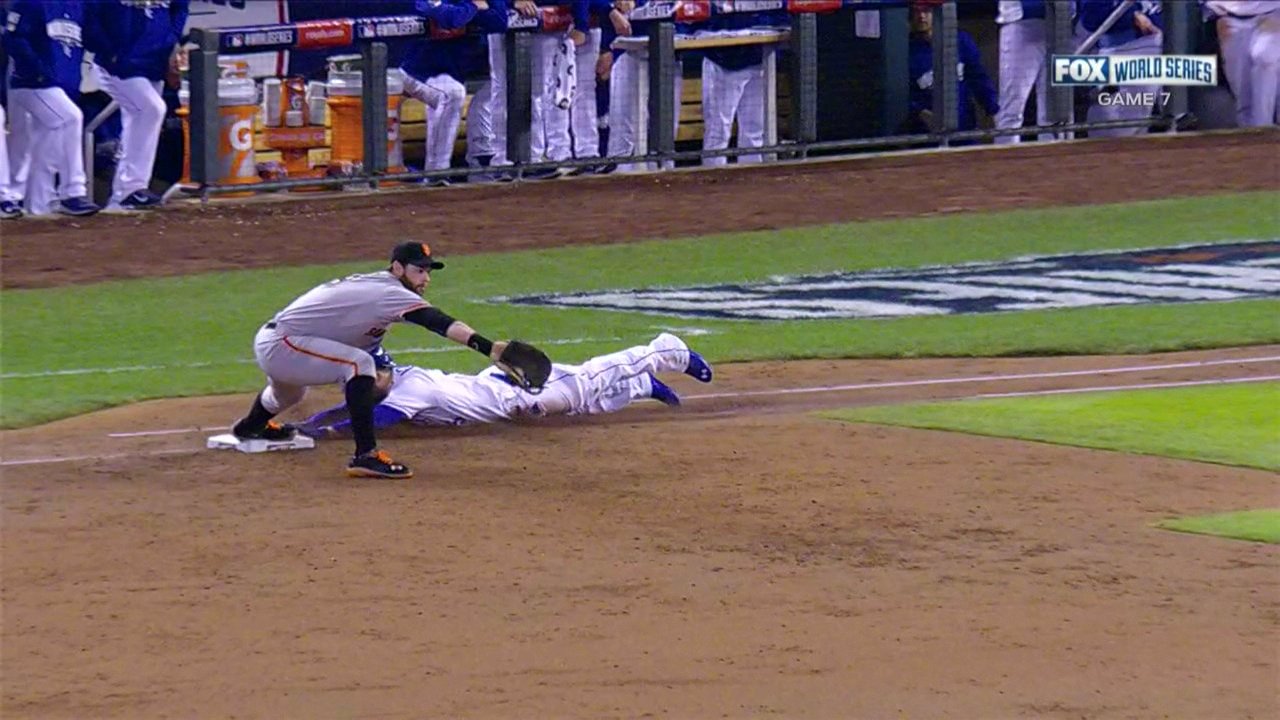 The batter, Eric Hosmer, was called safe at first on the play, but instant replay declared him out, proving how valuable it is to get the call right, following a delay of 2:57. Better late than wrong, I always say.

The play was so good by Panik, he broke his belt. But that's okay; he got a new one.