Clayton Kershaw deserves better, gets nothing

The Dodgers ace threw six innings of dominant baseball that were undone by one unfortunate pitch.

Share All sharing options for: Clayton Kershaw deserves better, gets nothing

Clayton Kershaw was called on to pitch on three days' rest for a few reasons. A tired Kershaw is better than a rested Dan Haren, for one. Kershaw wanted the ball, for two. The Dodgers were facing elimination and wanted to use the most valuable player in baseball, for three. Considering how Kershaw finished Game 1, there was a way to second-guess manager Don Mattingly. If Haren allowed three home runs in the first inning, there would have been 349 different ways to second-guess Mattingly.

The faith was almost justified. Kershaw was an infielder's leap away from finally having his dominant postseason start. He was a normal bullpen away from being lifted at the right time and getting the majority of the season-saving praise for the win. He finally pitched like Clayton Kershaw when the Dodgers gave him the ball and whispered, "For the love of all that is good, please pitch like Clayton Kershaw." The Dodgers and Mattingly just couldn't tell where that Kershaw ended and the tired Kershaw began.

It ended with a hanging curveball.

First, some housekeeping. The next time someone tells you that Kershaw isn't a big-game pitcher, remember this image: 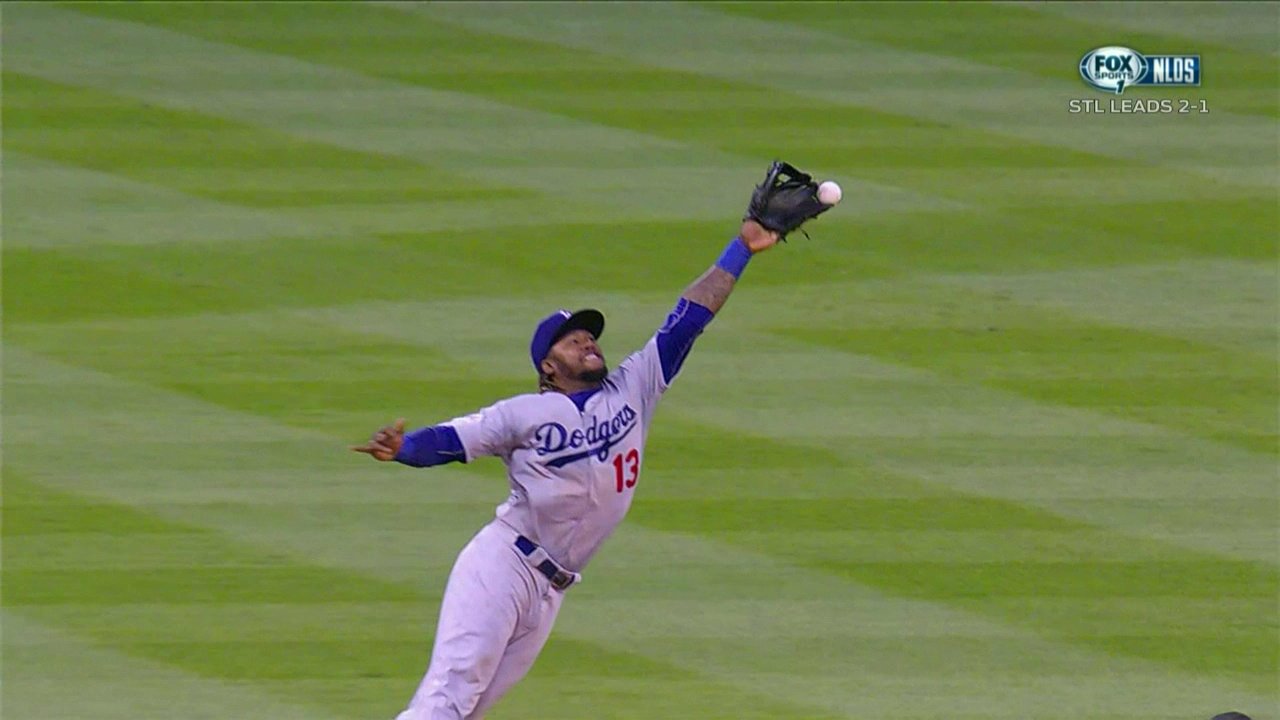 That's how close Kershaw was to being clutch. That's how close Kershaw was to being a big-game pitcher, or however you want to describe pitchers who are seemingly better when their team needs them more. Hanley Ramirez is a third baseman playing shortstop, and he was about three inches away from catching that and doubling Matt Holliday off first base. Instead, just like in his seventh inning in Game 1, there was no help to be found anywhere. Not in the field, not behind the plate, and not in his left arm.

Instead, Kershaw had the saddest quality start of his career. After allowing just one home run to a left-handed batter all year, he allowed two in the NLDS. The last one is the one he'll think about for the rest of his career -- longer if he eventually joins the depressing pantheon of great players never to win a championship, like Barry Bonds, Ted Williams, and Ernie Banks. No one will remember just how well he pitched before Matt Adams hit his booming home run.

He pitched so danged well.

Why did Kershaw struggle so mightily in Game 1 of the NLDS? Was it stolen signs, tipped pitches, or something else?

Don't forget that Kershaw was pitching to actual human beings making decisions, too. It wasn't just his game to lose like a set of car keys. Adams watched him dominate with his curve all day long. After throwing just 13 curveballs in Game 1, Kershaw threw 27 in Game 4, getting outs with it all the way until the seventh. Adams saw two in his last at-bat against Kershaw, flying out to center. Behind in the count in his at-bat in the seventh, Adams was waiting for a curve to hang high. That's a great at-bat, not just a lousy pitch. The Cardinals won the game. Remember that when you're listening to exactly how Kershaw lost it.

It was also a lousy pitch, of course, just as awful as the fastball Kershaw missed with to Matt Carpenter in Game 1. In a just world, those two mistakes wouldn't have undone all the quality pitches before them. This is not a just world. This is a just-one-sheep world, as baseball is so fond of reminding us. You hang just one curveball ...

You hang just one curveball ...