The 5 surprising win-now teams of the offseason

For these five teams, getting to .500 next season would be a marked improvement. Instead, they're convinced they can contend.

Share All sharing options for: The 5 surprising win-now teams of the offseason

The Hot Stove League is supposed to be predictable every year. It never is, naturally, but on November 5, it's easy to sit down with a list of teams and sort them into win-now and win-later columns. The 10 teams that made it into the postseason are win-now teams, along with several of the teams who finished just short. The bad and/or the younger teams are sorted into the next pile. There might be a crossover team with a bounty of breakthrough prospects in need of a little win-now support, but the haves and have-nots are supposed to be predictable.

Look at these fancypants teams, then, trying to escape the gravity of Planet Ehhhh and making win-now moves. I wouldn't have pegged any of these teams as being likely to make a flurry of expensive moves, with perhaps one exception. That's exactly what they've done, though, so it's our job to see if they're making any sense.

Here's the possible exception. Let's get them out of the way first. It wasn't a surprise that the Cubs spent; they, and the rumormongers, had been hinting at the possibility for a while. And they weren't vague, we're-gonna-spend-now rumors. They specifically mentioned Jon Lester or James Shields, with the idea that the team was focusing on developing hitters -- with power hitters, especially, being nearly impossible to find -- while willing to focus their mostly dormant large-market death rays on the starting pitcher market. It wasn't a surprise that they were interested in Lester.

It's a minor surprise that they got him, though, if only because there was quite the chase for him. They also made a smart, low-cost move with Jason Hammel, and suddenly their rotation is looking somewhere between respectable and mighty fine. All that needs to happen is for the gaggle of young hitters to arrive and become All-Stars.

Don't get me wrong, the idea to turn the rotation from a liability into an asset is a good one. But, and this will be something of a theme in this article, I wonder what the advantages are to picking the win-now players right now, before the hitting help actually materializes? As in, are the Cubs spending on bacon and English muffins because they want an egg sandwich, even though next year they might have a better idea how many eggs have hatched? There will still be bacon and English Muffins available next winter, you know, but the Cubs would also know if they need an extra egg or some horrible, delicious American cheese. They could fit the players better to their needs in a year's time.

Maybe the Cubs targeted Lester early as the player who is likeliest to help and stay healthy of any pitcher on the free agent market over the next two years. If so, forget all of that up there. But if he was targeted because he was the one available now, when it might be more prudent to wait a year to see exactly what their fortunes might look like before spending, that's a curiously timed risk.

Of course, the other risk was that those hitters turned into stars in 2015, and there wasn't a pitching staff to support them. That's probably the biggest risk of all. So welcome, Jon Lester. The Cubs will probably be just fine, even if you struck Javier Baez out during your press conference.

Why would star pitcher choose the Cubs?

Here's what probably happened: A series of meetings, focused and deliberate, between the Marlins' front office, baseball operations team, and ownership. The goal was to retain Giancarlo Stanton and build a team around him in the short and long term. They talked dollars, they talked available talent. They came up with a plan, like a normal organization, and now they're executing it.

Here's what I can't stop picturing: Jeffrey Loria writing a bullet-pointed list on a Post-It note and handing it to an assistant.

The Marlins haven't been cheap. The Marlins haven't been dormant. They traded prospects for a year of Mat Latos, a defensible move, if his arm is okay, and they traded prospects for a couple of years of Dee Gordon, which is harder to fathom. They signed Michael Morse to a two-year deal to play first, and they're hoping Dan Haren will change his mind and spend the season in Miami.

It's a curious team they've built. After all that wheeling and dealing, they have exactly two players who should be considered locks to have an on-base percentage over .315. They have talented, raw players who could develop. But this Marlins team looks a lot like the last Marlins team: a collection of hitters that needs the pitching to be great-not-good if they're going to contend with the Nationals. If Latos is fine and the disappearing strikeout rate isn't an omen, and if Jose Fernandez comes back and pitches as well as we're used to, maybe it'll work out.

If it were my win-now team, though, I would have hedged my bets on hitters who were much more likely to hit better than the league average. 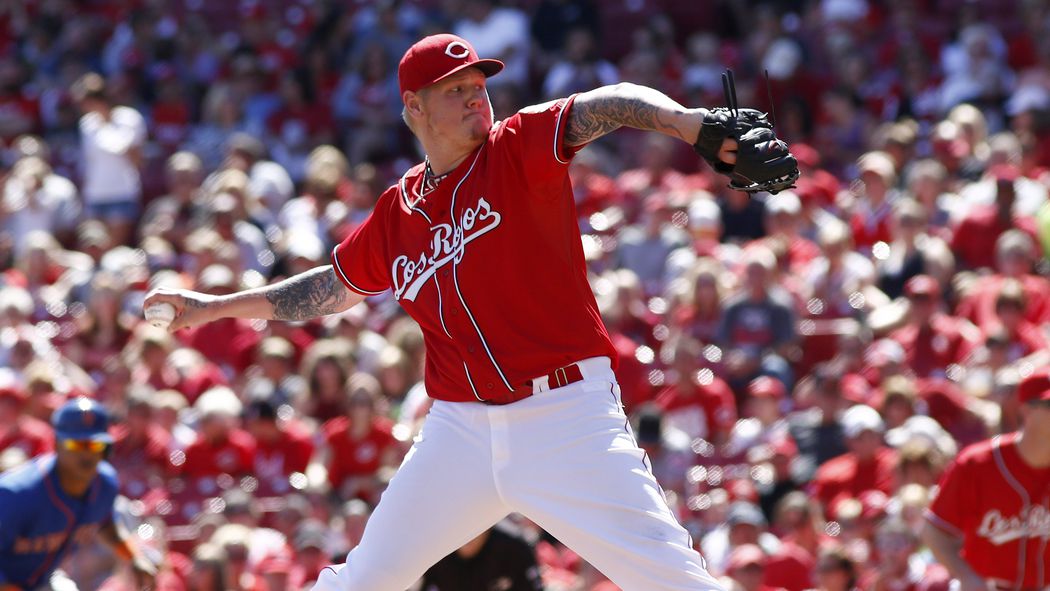 The Padres have a new front office. Don't judge them yet. Apparently their plan was to take the worst defensive player in baseball and hope that a) his defense was an anomaly over the last several years, b) Petco Park would minimize those shortcomings, c) his offense would make up for it, and d) that he would stay healthy and productive.

They're braver than I would be, especially considering the mostly uninspiring roster around Kemp. While Tyson Ross, Andrew Cashner, Ian Kennedy, and Jesse Hahn make for a tremendous head start for any roster, plopping Kemp down in the middle of their lineup doesn't exactly make them insta-contenders. If you can name their shortstop right now, you are actually Alexi Amarista, and I'm not going to make fun of that because it would be rude, and I appreciate you reading my work, Alexi. But there are holes in the lineup, even if most of them can be fixed by formerly productive players (Will Venable, Jedd Gyorko) becoming productive again.

A deal for Justin Upton would make them better, of course, so there's a chance. When you start with pitching like that, there's always a chance. Considering that the NL West features two teams who are likely to be eliminated by May, it's not a strange time for the Padres to start spending their TV money. An aging, one-dimensional, injury-riddled player like Kemp is a daring way to do it, even if he might be the best hitter to change teams this entire offseason. 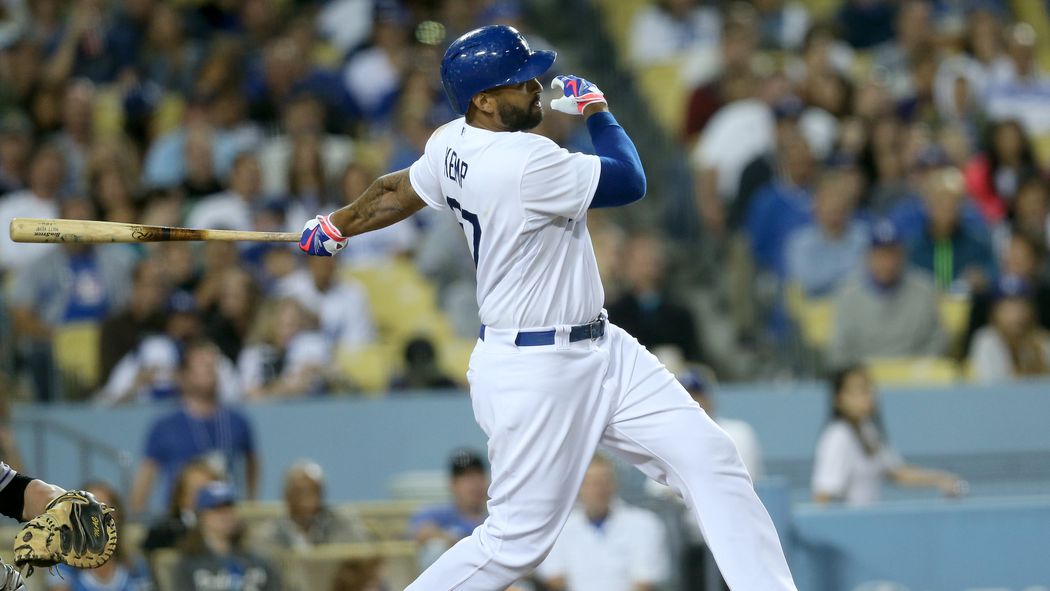 Perhaps the most surprising of teams on this list, the White Sox were supposed to have a booth at the offseason bazaar, peddling their wares along with the other bad and boring teams. Here, help yourself to a slightly dinged Dayan Viciedo. Can I interest you in a rather pricey Alexei Ramirez? Stop staring at the Chris Sale in the back, he's not for ... sale.

Instead, they've been the most aggressive team on the market, stealing Jeff Samardzija away from the A's, signing Adam LaRoche, pouncing on a surprisingly affordable Melky Cabrera, and even spending millions on the shiniest new closer of all, David Robertson. It's still a flawed team -- I don't know if I'd go full Sullivan and describe them as not very good, but they're still far from being the favorites.

Still, their flaws are obvious. Second base, for example. They could also use another second baseman, but don't count them out of the second base market. They'll have to hope for some players to develop (Avisail Garcia) and some players to avoid regression (Conor Gillaspie, LaRoche), but considering that Chris Sale and Jose Abreu are completely awesome now now now, you can understand the urgency. It's just surprising that the White Sox ownership was convinced after another lackluster season.

More on the ChiSox

I guess they think they're a win-now team, at least. It would be rude not to talk about them.

Facts about the Minnesota Twins:

1. They have two of the best impact prospects in the game, and a strong system around them
Very, very true. Miguel Sano and Byron Buxton might be two of the 20-most valuable properties in the game, even if both of them got ties caught in the paper shredder last year. They probably won't be ready to start the 2015 and turn into immediate MVP candidates, but they're close.

2. They're coming off a surprisingly effective offensive season
Every regular in the lineup had an adjusted OPS better than the league average. It was their pitching that murdered them, not the hitters. So even when you look at a depth chart and see something like "Kennys Vargas" hitting cleanup, it's best to step back and realize, if last year was any guide, the Twins really did need to spend on pitching.

3. Either the Twins found the secret to making aggressive hitting work, or they're due for some serious regression
They lead the league in okay-do-it-again players. Eduardo Escobar is the leadoff hitter after a surprisingly effective 2014 (.275 average, .315 on-base percentage). Okay, do it again. Youngsters like Danny Santana, Oswaldo Arcia, and Vargas all produced, despite each one of them striking out at least five times as much as they walked. Okay, that hitting strategy seems unlikely to continue, so do it again.

Maybe they will. But before spending tens of millions on an average pitcher to buttress this group, I would have liked to see that second season for all of them.

4. The Twins have spent more than $100 million on Ricky Nolasco and Ervin Santana in the last two offseasons
This is the part that kills me. That's star money -- the kind of salary that can be applied to one star pitcher who instantly makes the team better. The Twins picked up average pitchers, at best, and dreadful pitchers, at worst. They took a brilliant gamble on Phil Hughes, so it's not all crazy, but the Santana signing absolutely baffles me.

We don't have a price tag for Pitcher A because he hasn't signed yet. But Aaron Harang (Pitcher A) will be much, much cheaper than Santana (Pitcher B), and might be just as reliable for 2015. That's the kind of pitcher the Twins should be considering in this transitional year, in which they're wondering if their under-25 set really are win-now players.

Five teams that were supposed to sit the offseason out. Five teams that are convinced their time is now, and that there's no sense saving for a future that might not be as good. It makes sense for some of them (White Sox) and less sense for others (Twins), but at least their fans get to argue for the next few months. At least those fans get to play the what-if game. Actual baseball games aren't overrated, but the what-if game is seriously underrated. What if all those moves work out?

What if they actually work?