Why trade Homer Bailey when the Reds can win now?

Those who advocate trading Bailey now to get the most value for the future would get the least value for 2014.

Share All sharing options for: Why trade Homer Bailey when the Reds can win now?

The present salary impasse between Homer Bailey and the Reds is nothing unique; players are always trying to get paid more while their teams try to pay them less. In this they are much like the rest of us, only with more zeroes on the checks. However, this particular negotiation has provoked a disproportionate and premature anxiety, with cries of, "Forget the present, trade Bailey now to protect the future!" Instead of recognizing that the Reds have a pitcher who threw two no-hitters and 200-plus innings in each of the past two seasons for one more year. Yes, Bailey could fly away for good at the end of the 2014 season, but the Reds are entitled to have an 162-game victory lap before it's over, if they so choose.

Bailey is quickly becoming the National League's version of David Price, albeit one without the same level of accomplishment. Proponents would argue that it's better to cut bait now, at the height of his value, so as to get a couple of prospects with which to cushion his inevitable disappearance, but that argument is missing something fundamentally obvious: The Reds are good enough to compete this season, so why should they shift their focus to 2015 now?

The Reds and Bailey are far apart on his arbitration salary for this season, which is the impetus for the sheer panic about his status. The Reds have offered $8.7 million, while Bailey's camp has put forth a salary of $11.4 million; that $2.7 million gap is the largest of an unsettled salary this season. It's important to remember that there is nothing inherently wrong with this state of affairs. Though Bailey's free agency looms at the end of the season, the only thing that the Reds and the 27-year-old righty need to agree upon this month is a figure for 2014, not next year, and the lack of a long-term settlement now doesn't automatically preclude one at some point down the line.

There's still a chance that the two sides use the time before the season's start to get more comfortable with what a long-term deal would look like, but it's hard to know if that's in the works. Ken Rosenthal reported last month that he heard from three different sources that Bailey wasn't interested in staying with the organization long term. When asked directly by Rosenthal if that were true, Bailey was diplomatic, saying that because of his solid relationship with the coaching staff and management he'd be willing to stick around. He didn't say, "If all else were equal, including the money," but it should be inferred. Reds General Manager Walt Jocketty has also said publicly that he hopes to keep Bailey, but acknowledged the as Bailey's value escalates it would be harder to keep him. 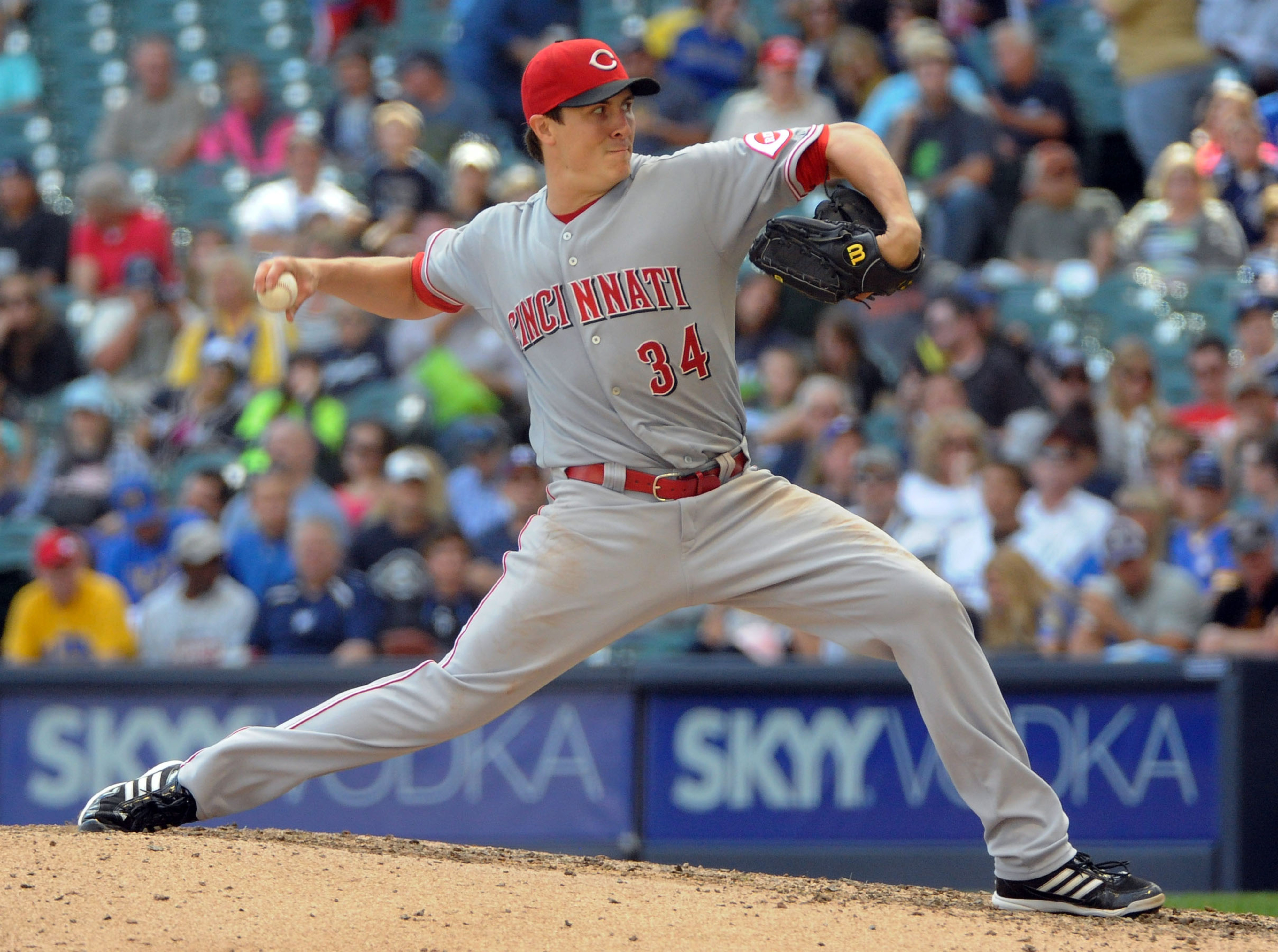 We could be seeing nothing more than posturing from both sides, at this point, but until there is greater evidence than sources and polite jawing there's no reason to assume that a long-term contract is outside of the realm of possibility. Still, given the rising price of starting pitching and the Reds' relative conservatism when it comes to payroll (more on this in a moment), imminent trips into arbitration for Aroldis Chapman and the younger and more consistent Mat Latos, and perhaps some sense that Rosenthal's sources were accurate and that Bailey had his heart set on leaving town, and the urge to flog the Reds on to dealing a transient asset who is getting more transient by the day makes sense. Add in the knowledge that no qualifying offer can be attached to a player traded at midseason, and the understanding that the ability to reap said pick when Bailey inevitably skedaddles from wherever he's sent just might be valuable to an acquiring team, and the urgency becomes understandable: If the Reds are going to extract the most value from a Bailey deal, they'll have to trade him now, now, now.

If the Reds were a lesser team, that would undoubtedly make sense. Teams like the Astros that are well away from making a run have to gamble on the long view, but the Reds kept the bulk of their wild card-clinching roster intact and they should be contenders again. It's defeatist to think that the departures of Shin-Soo Choo and Bronson Arroyo have left the roster irreparably damaged in the short run. Sure, there might be a dip in run production at the top of their batting order without Choo, but considering that Billy Hamilton could literally run circles around him in the outfield, some of that deficit may be tempered by runs gained via stellar defense and baserunning. If Hamilton is incapable of hitting in the majors at all, and the Reds have to give 300-plus plate appearances to someone like Roger Bernadina, then maybe they'll desperately miss Choo, but not until then. 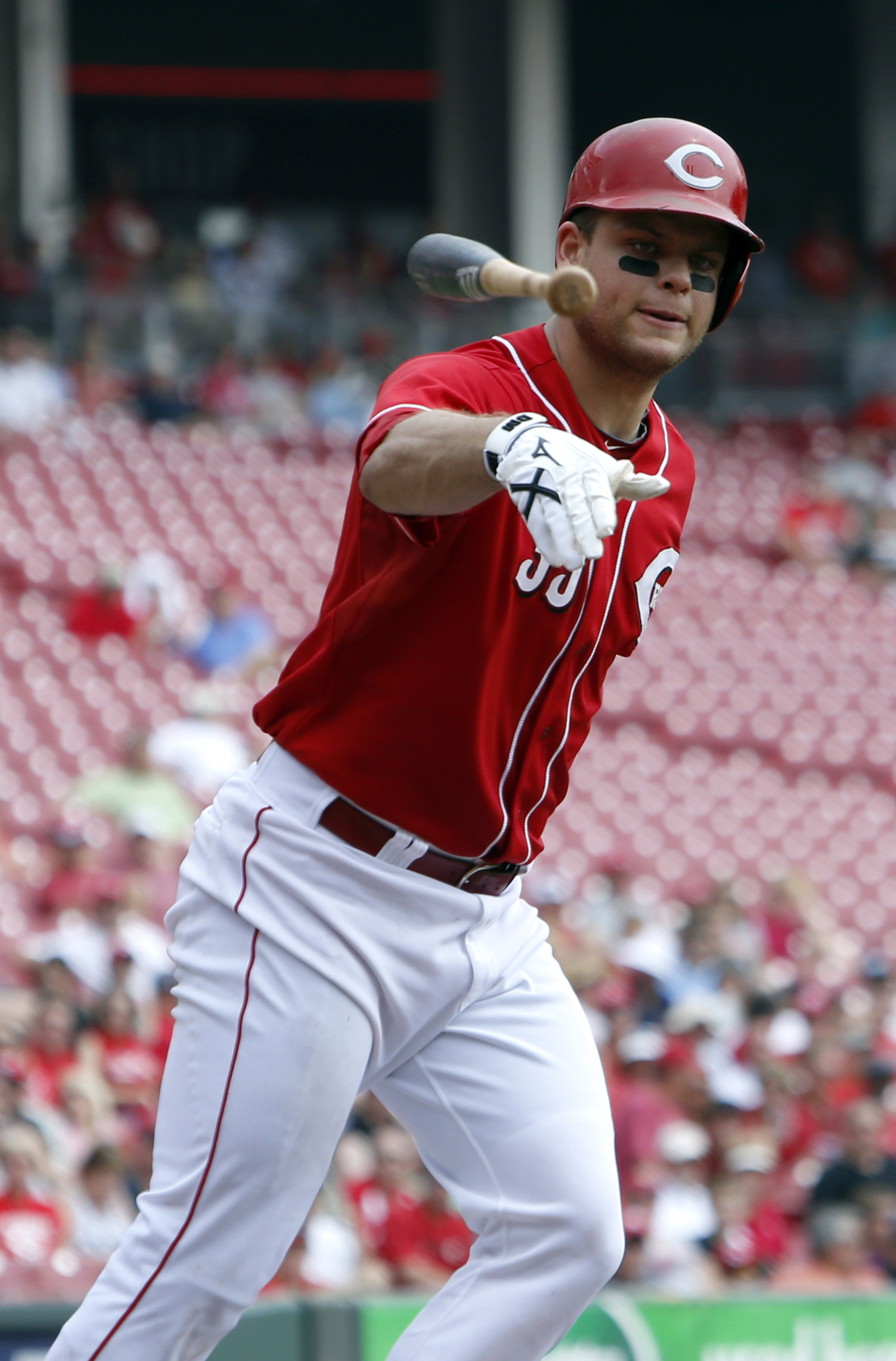 Offensively, the Reds will still be reliant on repeat years from Joey Votto and Jay Bruce, crossing their fingers that Brandon Phillips, whose on-base percentage and averaged have dropped as his wallet has got heavier, will have a more productive season than he did last year, and hoping that Todd Frazier and Zack Cozart can do more at bat than they did last year and the previous two seasons, respectively. It's hard to know what to make of catcher Devin Mesoraco, who will take over the full-time catching duties now that Ryan Hanigan is gone; he hasn't come close to living up to his former first-round draft-pick status nor the .452 he slugged in the minors, but perhaps with consistent playing time he'll settle in defensively and regain some of his offensive skill. (It won't take much to be better at the plate than Hanigan's .198/.306/.261 of last season, in any case.)

The Reds' rotation is especially potent, and it has reinforcements on the way up in the form of top prospect Robert Stephenson, who could be ready sometime this season. Though the Reds lost durable pitch-to-contact expert Bronson Arroyo to free agency this winter, they still have Bailey, Latos, Mike Leake, and Johnny Cueto, and the hope that that 24-year-old lefty Tony Cingrani (2.77 ERA in 18 starts) can fill Arroyo's shoes. There is also the young left-hander David Holmberg, acquired for Hanigan, and the Reds signed Jeff Francis and Chien-Ming Wang to break-glass-in-case-of-the-apocalypse minor-league contracts. It seems obvious that the rotation is stronger with Bailey, who has proven to be (at minimum) a reliable innings-eater over the past two seasons, all while expanding his pitch arsenal. Bailey's real value going forward, to the Reds or otherwise, will be consistency, since it seems that he's already pushing on his ceiling. Last season, Bailey struck out 23.4 percent of batters he faced, the best rate of his career, but the rest of his peripheral stats have always hovered around league average, making him more of a number-two/number-three pitcher instead of an ace - the occasionally-dominant performance being icing on the cake rather than a promise of future performance.

It would be hard to make the case that the Reds will sail past the Cardinals in 2014, who continue to reap the benefits of youthful talent leaking from every orifice, but there's enough talent in Cincinnati that another wild card isn't an outlandish suggestion. The question then, as it relates to Bailey, is why would you break off a piece of a team that won 90 and pretend that you're building for the future when you've already built it? Letting Bailey's situation essentially mean calling off the 2014 season would be letting the tail wag the dog, giving in to the fear of letting Bailey go for nothing more than a draft pick and valuing the Bailey-less future over the Bailey-ful present. 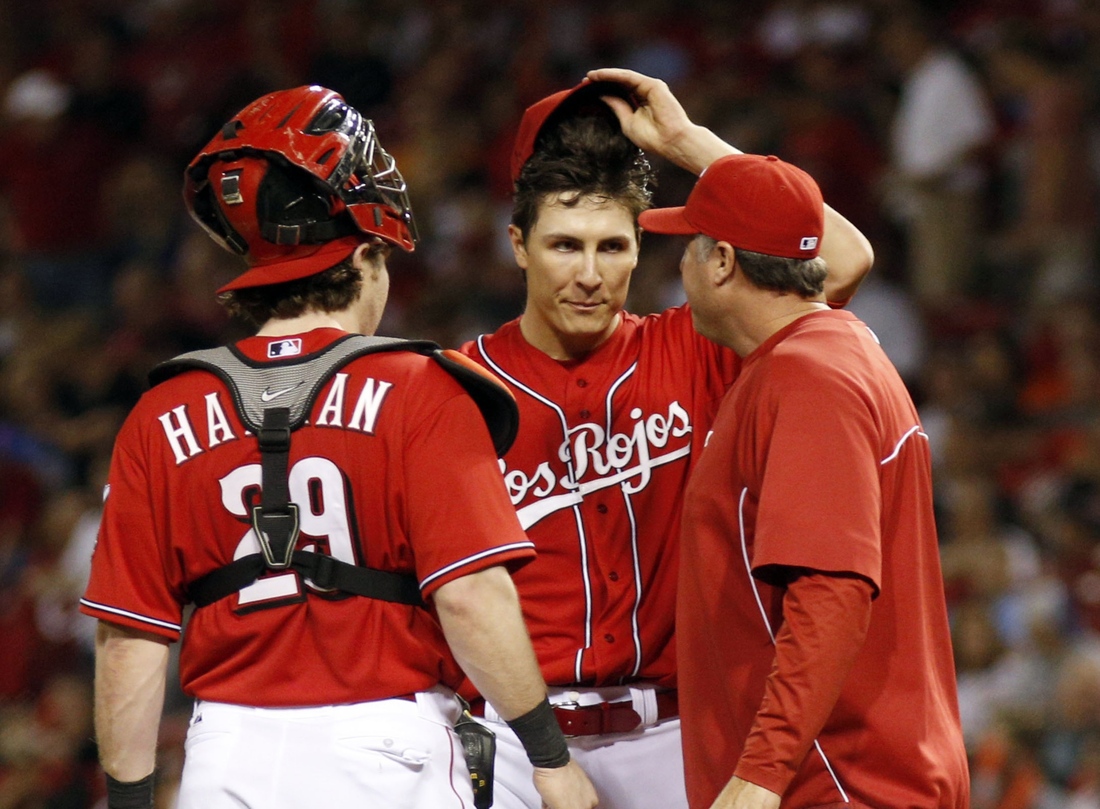 The Reds' financial situation is difficult to ascertain, but that's more of a future concern than an immediate one. The Reds have escalated their payroll each season since 2009, and while they ramped up slowly at first, their 2013 payroll, which was just shy of $107 million, was $33 million more than just four seasons earlier. Once the Reds settle Bailey's salary, they will be around $100 million for 2014, likely close to their spending sweet spot. The difference between paying Bailey $8.7 million (their figure), $11.4 million (Bailey's number), or $0 (if he's traded) will have very little bearing on the Reds' 2014 operations, but the financial situation of the Reds does get more tenuous over the course of the next few seasons, as they wait to renegotiate a television contract which expires in 2016.

On baseball teams and windows

On baseball teams and windows

In April 2012, when Votto signed a 10-year, $225 million deal, it was clear that the Reds were spending money they didn't quite have yet. Five days later they did it again with a six-year, $72.5 million contract for Phillips.  While the Reds' television contract guarantees them roughly $30 million per season until they renegotiate, they've essentially committed 30 percent of their payroll to those two players indefinitely (Phillips' deal goes through 2017; Votto's lasts until the end of time) and that inhibits their ability to spend unsecured dollars on players like Bailey, who will command not only a but a high salary but also a multi-year commitment. The Reds are also feeling the blessing and the curse of baseball's arbitration structure-having developed a class of young talent and while they were able to reap the benefits at a discount for awhile, there's an expensive balloon payment associated with these players developing into top talent. Next season, the Reds will owe bigger money to their arbitration players (Cueto, Latos, Leake, Chapman, Cozart, Frazier, and Mesoraco), which could be cost-prohibitive to retaining Bailey on a long-term deal.

Even if the Reds wanted to trade Bailey now, it is difficult to conceive why a team would give up prospects to secure one season of Bailey when they could keep their current roster intact and sign Ubaldo Jimenez or Ervin Santana -- better to sacrifice the unknown future value of a draft pick than the present-day value of an established prospect (or four). Those three pitchers shouldn't be treated equally, of course, and the foregoing is all caveated by money and years, but considering those two don't have a team and pitchers are reporting for workouts this week, it's easy to see with whom the leverage lies.

Sometimes we get so blinded by the alchemy of team-building and long-term roster-maintenance that we forget that the purpose is to win some games, and for a team like the Reds, to win them now. Those arguing that the Reds needs to trade Bailey prior to Opening Day so that he's more appealing because of his qualifying offer, are the same people who carry an umbrella regardless of the weather and put on sunscreen in the middle of a thunderstorm. Life and baseball entails some risk, and if you're too cautious, you can mitigate a team right out of contention.