Share All sharing options for: Finding a scenario in which Giancarlo Stanton re-signs with the Marlins

You are Giancarlo Stanton. You are enormous and powerful, and you pick your teeth with spinning 15-foot-long fiberglass marlins. People fear and respect you, and one day you will be extraordinarily wealthy.

"In order for the team to have security, that doesn't happen in two seconds," he said. "That happens over a season or over two seasons. You show me that, and we can get something going."

You are Giancarlo Stanton. Your next contract might allow you to ride Magic Johnson around Sunset Boulevard like a pony. But you want to see signs of competitiveness over the next two seasons before you commit. That's understandable.

People are giggling right now, thinking about the Miami Marlins competing in the NL East. Do not listen to them. There are scenarios -- realistic, attainable scenarios -- in which the Marlins are rather good, rather soon. They have one of the best young pitchers in baseball, a Cy Young in a Kershawless world. They have a productive farm, and many of its best players should see substantial playing time in 2014. Once Stanton gets help, and once the pitching prospects solidify, and once …

That written, the Marlins scored six runs last year, all of them on catcher-interference calls. Their big offseason addition is Jarrod Saltalamacchia, and he's merely okay. The other big offseason addition is Rafael Furcal, and his bones are made out of wet Peeps. The Marlins are unlikely to score enough runs to contend this season, even with Stanton. 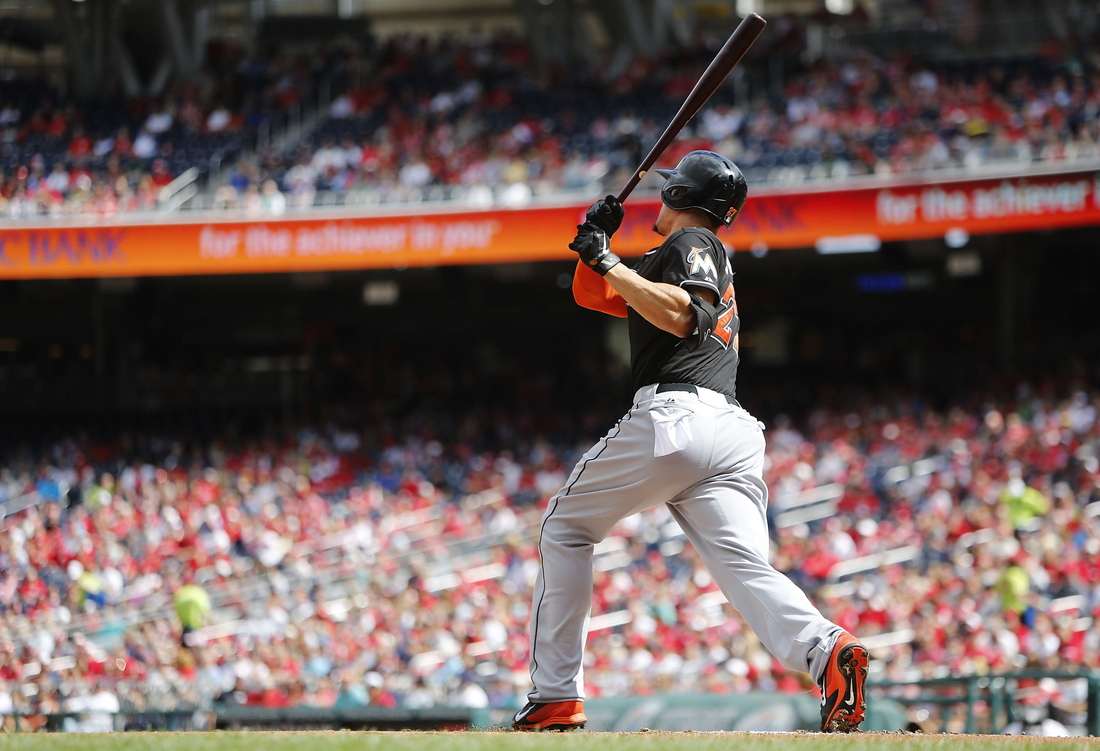 I mean, you. We're back to pretending you're Stanton. Stop staring at yourself in the mirror with your shirt off. It's rude at best, creepy at worst. You are Giancarlo Stanton, and it is November, 2014. The Marlins finished in fourth place. They scored seven runs, which is an improvement, but not by much. The entire offseason is ahead of you and your team. You will be a free agent in three years. This tortured setup is in place only to ask you this one question:

What can the Marlins do between now and the end of the 2016 season to convince you to stay in Miami?

But that easy answer only makes sense in a general sense, and it only makes sense if you think of the Marlins as a normal team with an unremarkable history. They are not. They are a team with a herky-jerky transaction history, and an unfortunate legacy of rebuilding when fans are expecting reloading. If someone wrote, "Pirates decide to Marlin away their good players" in a headline in some horrible alternate reality, you would know exactly what they meant. "Marlins" is a loaded term.

Which means that the easy answer isn't good enough. The Marlins would need to have a season or two that are so amazing, so transcendent, that a player would feel comfortable committing for the next decade. The seasons should erase any doubt of the Marlins' future direction. They would need to become, no hyperbole, a Big Teal Machine. They would need to build something so legitimate and fearsome there would be no chance that it would be torn down.

We're talking eight, nine, or 10 years for your contract, remember. You are Giancarlo Stanton, and you have but one career. Your next deal will likely wed you to that franchise. You should probably do your best to avoid being completely miserable.

Can you think of any possible way the Marlins can rebuild your faith between now and the end of 2015? Can you concoct a scenario in which you think, "This is a franchise that can go amazing places," rather than, "This franchise has a strange owner and they're synonymous with oddly timed fire sales"?

I can't. Unless the Marlins win 90 games this year and use intelligent offseason maneuverings to get to 95 wins in 2015, I can't see how they can convince a star to stick around and be the visible franchise player.

But this is your decision. You are Giancarlo Stanton. You have to choose if you're going to stay with the Marlins. You have to ... Hey, come back. What do you mean, you're going somewhere to hit baseballs really far, just to see what it feels like? We were having a conversation, here.

Okay, I'd do the same thing if I were you. Every danged day.

You are Giancarlo Stanton. And I'm almost certain you're going to be with another team in two years, if not sooner. Nothing else makes sense.