He wasn't in Pittsburgh for very long, but it was a memorable run.

A.J. Burnett has reportedly signed with the Phillies, ending his short run with the Pirates. While he was in town for all of two seasons, they were memorable ones, with Burnett giving both Pirates' and baseball fans in general plenty to remember.

No, seriously, he really did.

First, Burnett left the Yankees, where he was despised and ridiculed for failing to live up to his contract, and went to the Pirates, where there were plenty of assumptions he would continue to fail. Burnett thrived after leaving, though,* producing his best season since his first in New York back in 2009. This was infuriating to Yankees fans, who had just spent all winter thrilled that Burnett was elsewhere. Besides said Yankees fans themselves, who doesn't love seeing them freak out about something?

*It was maybe easier to see coming if you weren't deeply in hate with him as a Yankees fan.

Burnett didn't stop there, though, and in fact only built on his Pirates' legend. In spring training of last year, Burnett was practicing bunting, when physics rebelled against him and his vision:

That sound you hear is the baseball hitting A.J. Burnett's bat, and then obliterating his orbital socket. It also should have been the sound of a cash register from such an obvious and brilliant marketing idea for the.. wait for it... Pirates, who could have leveraged this into amazing eye patch-themed giveaway days or Burnett pirate (small p!) memorabilia, but nope. They sent him to a doctor, let his eye heal, and then stuck him in the rotation like everything was normal.

It's okay, though. Having Burnett back on the mound was gift enough, because on April Fool's Day, someone on the Bucs made him look silly:

The best part is Burnett not noticing until it's too late, and with the "Aw aw AW COME ON" body language followed by walking away and pretending it never happened in a matter of seconds.

April was arguably the best Burnett month, because it also featured a t-shirt giveaway with Burnett's shaded visage on it, that Burnett would model in this GIF:

Words would not do this GIF justice, so instead, let's just look at what we're all thinking. 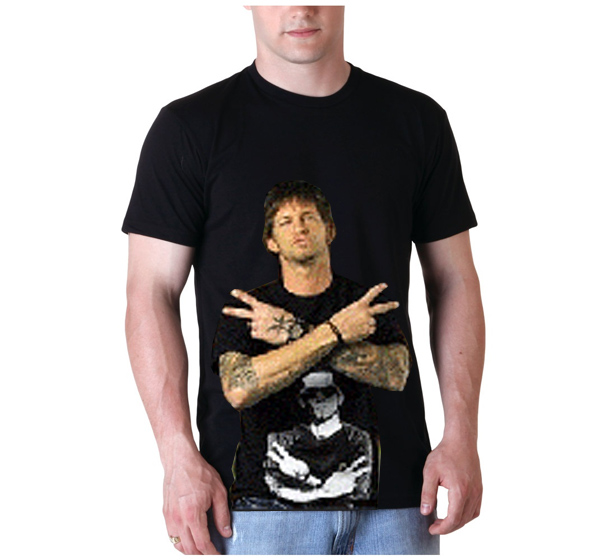 We can all thank Justin Bopp for designing the t-shirt you most recently want to own.

Amazingly, Burnett gave us even more excellence, as he continued to pitch well, and also in July they got him again with the rosin bag lol:

Seriously if someone on the Phillies doesn't do this to Burnett in his first start just to see where the reaction ramps up to, that entire team is dead to me.

Oh, also, the Pirates made the playoffs and achieved a winning record for the first time since 1992 in large part thanks to Burnett, but you know you came here for the rosin bag(s).