Stephen Drew might be doomed to remain homeless for a while

Stephen Drew is a very good player, but perhaps not so good that you'd want to change your plans to sign him.

It's easy to think of shortstop as a degraded position. We are now what feels like a century removed from the days when Nomar Garciaparra was hitting .372 at the same time Derek Jeter was hitting .339 and Alex Rodriguez was hitting .316 with over 40 home runs. The position still boasts its offensive stars, but after Hanley Ramirez and Troy Tulowitzki, who can hit ‘em with anyone to ever play shortstop -- when they play, that is -- the drop-off feels more abrupt. That clichéd old glove tree is still pumping out as much leather as it ever did, including Andrelton Simmons, who is already one of the great fielding artists of his day, but the pool of all-around shortstops, the potential MVP candidates, thins out in a hurry. There are some good young players, such as the Mariners Brad Miller and the Brewers' Jean Segura (who hit only .261/.292/.354 after May) still establishing themselves, but most teams have various shades of not-hitting to pick from when staffing out their infield.

That's what makes the apparent lack of demand for Stephen Drew's services so hard to understand. A career .264/.329/.435 hitter at a time when the average shortstop has had a 688 OPS over the last three seasons, Drew is also a solid if unexceptional fielder who has some wiggle-room in any offensive projection you might make. Drew is a good hitter for a shortstop but he spent most of his career hitting in Arizona's friendly Chase Field, where he hit .284/.343/.456 versus .258/.315/.417 on the road. Similarly, he spent last season hitting at Boston's friendly Fenway Park, where he hit .283/.367/.491 versus .222/.295/.392 on the road.

Drew is also frangible, friable, fracturable, and any other fancy fr-word whose meaning can be boiled down to "he breaks." A fairer way to put that might be "he broke," past tense, one-time only. Drew suffered a broken ankle in 2011, the recovery from which overhung his entire 2012 season. His 2013 comeback with the Red Sox was then significantly affected by the concussion he suffered via a pitched ball in camp. As such, April was a loss. From May to June he hit a typical Drew .256/.327/.456. He then was slowed by a thigh strain before, finally healthy, he finished with a strong .291/.367/.497 over the final two months.

Thus, even with his reliance on his home parks, in a fallen, post-trinity world in which shortstops have hit roughly .258/.312/.377 over the last three years, Drew would seem to be the kind of shortstop who could make a big difference to the right team. After all, even if he uses his home parks as a crutch there aren't many shortstops who are capable of doing that much, of going into Fenway Park and slugging .490. Were he to generate 20 runs more than the typical shortstop while playing average defense, that's two wins you didn't have without him. 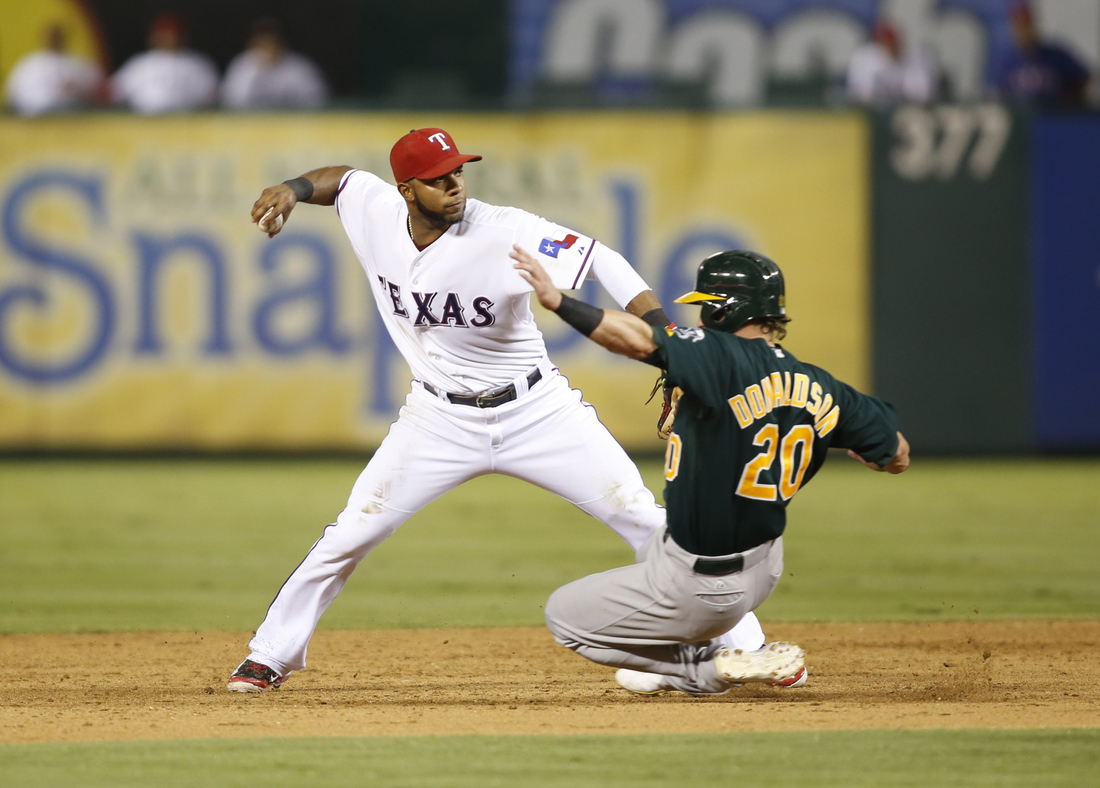 There are also a handful of teams set for other reasons, with shortstops who are good-field/limited-hit, at least for now (4): Braves (Andrelton Simmons), Reds (Zack Cosart), Tigers (Jose Iglesias), Twins (Pedro Florimon) and another group that has players whose situation isn't totally settled but they aren't about overthrow their in-house option for an expensive veteran. They'll just give it time (6): Astros (Jonathan Villar), Brewers (Jean Segura), Diamondbacks (Didi Gregorius or Chris Owings), Mariners (Brad Miller), Pirates (Jordy Mercer), Red Sox (Xander Bogaerts).

That accounts for 26 teams, leaving: Probably shouldn't give it time (2): Marlins (Adeiny Hechavarria), Mets (Ruben Tejada). Biogenesis guy I really don't know what to do with (1): Padres (Everth Cabrera) and Farewell tour, might DH more than play short (1): Derek Jeter.

There is also a separate list of teams that have a super-kid coming and therefore won't be interested in committing to a 31-year-old: Astros (Carlos Correa), A's (Addison Russell), Cubs (Javier Baez), Indians (Francisco Lindor). 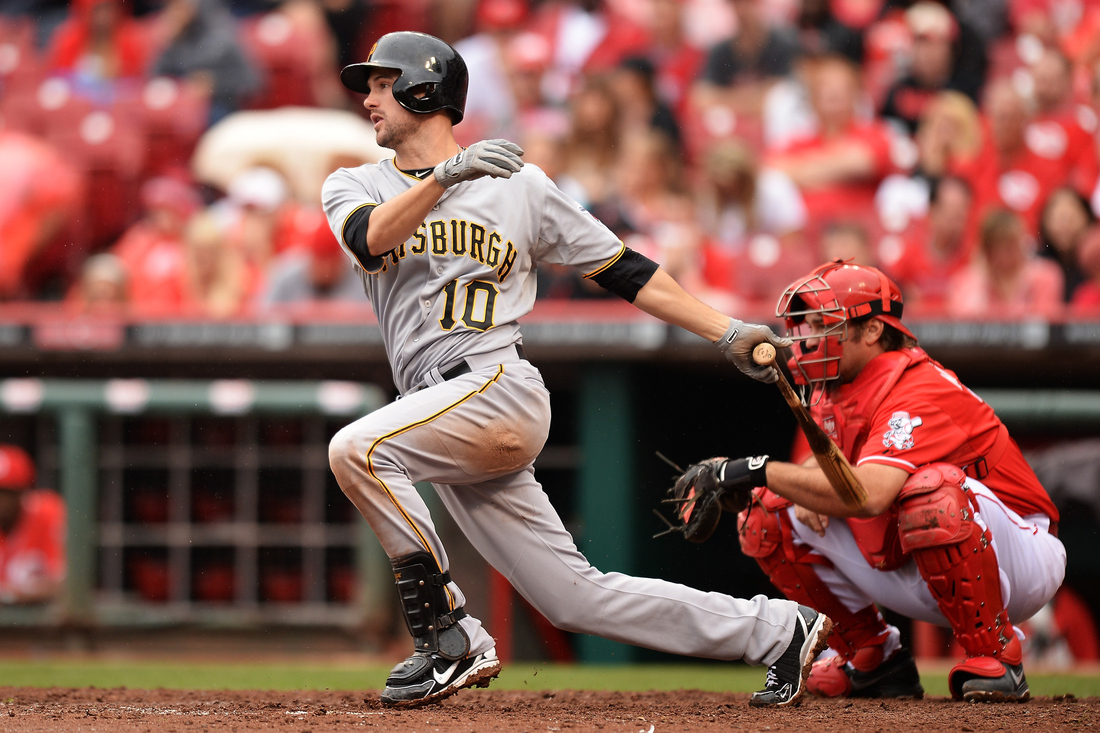 That sorting doesn't leave a great deal of room for Drew. A shortstop with his offensive pop would be an upgrade on many shortstops, but perhaps not dramatically enough that a team would simply bench a reasonably solid established player, one who may already be well-compensated, to get him. In addition, there is the draft-pick penalty attached to him for every team but the Red Sox, which is a disincentive to making a marginal upgrade. Those teams for whom he might represent a true upgrade, such as the Mets, Marlins, and Twins, aren't serious. Drew would make a strong veteran alternative to the Mercer-Clint Barmes tandem in Pittsburgh, but the $10 million or so that Drew should command might be more than they can (or choose to) absorb -- only Wandy Rodriguez is slated to make more than $8.5 million in 2014.

The Yankees have no heir apparent to Jeter in their minor league system (2010 first-rounder/painful overdraft Cito Culver is a point of trivia/punchline at best), or at least no heir over the age of 18, and so signing up for three-four years of Drew would make a lot of sense. That, however, would make for an awkward 2014 as Drew would frequently have to sit or shuffle over to third base to make room for Jeter, and would leave the Yankees with a purely redundant Brendan Ryan, not that that last should be a real concern.

Drew apparently has a standing offer from the Red Sox to return and serve in a utility role. Given Boston's planned reliance on the inconsistent Will Middlebrooks and the unproven Bogaerts at third base and shortstop, Drew would probably find himself in the lineup on a regular basis, Gil McDougald-style. The difference between the Red Sox job and a similar one with the Yankees (if such a job were on offer)  or even the Dodgers (where Hanley Ramirez misses a fair amount of time, Juan Uribe isn't terribly reliable, and Alexander Guerrero is unproven) is that Drew would have the job to himself as of the 2015 season.

Barring a change of heart from Brian Cashman and co. or the Mets' bankers, the New York avenue would seem to be closed. There's no argument that Drew is a valuable player, but value is in large part created by context, and that context seems to be absent right now. It might be that Drew will await the first major injury to a shortstop before finally finding a job.