Celebrating the career of the manager and All-Star shortstop who passed away on Friday at the age of 71.

It's easy to overlook just how good a player Jim Fregosi, who died on Friday at the age of 71, was as a founding member of the Los Angeles Angels. His prime was centered on the pitching-dominated 1960s and was spent almost entirely in pitcher's parks. Nevertheless, for 10 years he was one of the most potent offensive shortstops in the history of the game to that point.

Fregosi, a California native, signed with the Boston Red Sox out of high school, but was snagged by the Angels in the December, 1960 expansion draft despite being just 18 at the time. The Angels gave him about one and a half seasons in the minors before deeming him ready for the big leagues -- and they were right. Fregosi hit .291/.356/.406 in roughly a third of a season in 1962, then hit .287/.325/.422 with nine home runs in his first full season. Those numbers don't look like much to our eyes, but adjusted for park and league considerations they're quite robust. Add in that there were few shortstops who could actually hit (the average major league shortstop hit .247/.305/.340 in 1963) and you have an incredibly valuable player. 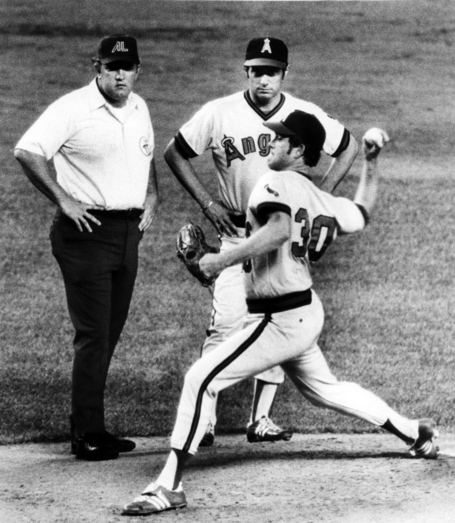 The reason that no one remembers Fregosi that way, why his playing career tends to be recalled only because he was the player the Mets got from the Angels in return for Nolan Ryan in a failed trade after the 1971 season, is because there was almost nothing after 1970. Fregosi was perhaps not the best-conditioned athlete of his day, and there were also injuries that saw him slow up to the point he had to be pushed to third base and left field. Though he stayed in the majors until he was 36, Fregosi slipped increasingly into part-time work, hitting .245/.326/.369 over the rest of his career. This was still healthy offense for a utility player, but the days of stardom were over. Fregosi was a six-time All-Star at 28. He would not make a seventh appearance.

Fregosi's managerial career, which was spread over four teams and four decades and began when he was just 36 -- he was retired as a player for all of 48 hours when he was hired by the Angels -- was more successful than most, though he never did win a World Series; Joe Carter and Mitch Williams combining to upset his best chance in 1993. Most of his teams were not terribly talented, but he occasionally got a little something extra out of them. His AL West-winning 1979 Angels had a powerful offense but had no standout starting pitcher after Ryan (who missed three weeks with an elbow injury) and a bullpen comprised of Mark Clear, Mike Barlow, and Dave LaRoche. If you said, "Who?" That was the right reaction. The relievers as a whole had an aggregate ERA of 4.99, second-worst in the league. The Orioles ran over the Angels on the way to the World Series, but just making it to October with that squad was an accomplishment.

Fregosi was recognized as a likely baseball lifer when he was still in his early 20s, the kind of heady player who would one day make a good manager. He would spend more than 50 years in baseball. He played with Ryne Duren and managed Mitch Williams. You can't duplicate that kind of experience. The loss today is not just to Fregosi's family, but to the game.